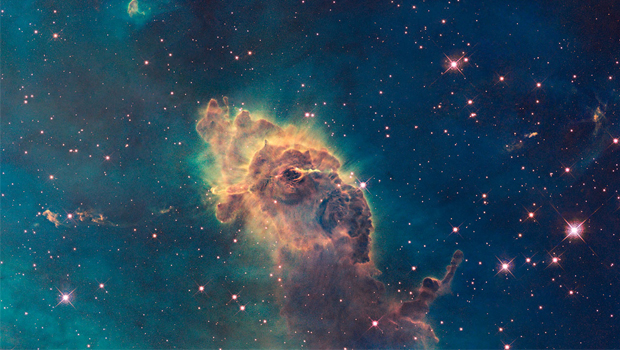 Some nights, I go out into the whispering basin of our meadow and stargaze. The meadow our house was built in is surrounded by brushy woodland, but through the opening where the trees claw at the air, the stars show impressively in our dark rural skies. It’s mostly a summer activity, since neither I nor my telescope lenses and mirrors appreciate violently cold temperatures.

My telescope has opened new realms to my observation, not only through the eyepiece, but I’m convinced it has done a lot for my naked-eye observation. The telescope shakes a lot, and is somewhat cumbersome considering its size. It resembles a small cannon. Some astronomers have the luxury of a computer-programmable telescope. All you have to do is punch in the left and right ascension of an object, and the telescope will find it by itself. I’ve had to learn how to locate deep-sky objects with my own eyes.

Deep-sky objects, if you aren’t aware of the term, are things like nebulae, star clusters, and galaxies outside the Milky Way. Seeing these wonders is an experience that changes you. It changes how you see yourself, and the universe, and even God—especially God. We could go with all kinds of themes starting with this illustration, but I’m going to be discussing, like I’ve mentioned in my previous article, the nature of God.

It’s a commonly accepted theological idea that God manifests himself in two revelations: Scripture, and Creation. Scripture is stressed more, since it speaks a very clear message—well, clearer than Creation does most of the time. Yet, if we neglect to acknowledge the revelation of Creation, we have turned a deaf ear to a much of what God is trying to reveal to us about himself.

And still, whether or not we know this, I think we do it all too often. We could not get along without the Bible. God wouldn’t tell us so much in the revelation of Scripture and then just list it as a recommended, but not required text. We hear this said about the Bible all the time, but the truth is, as strong as words are, the human race cannot learn everything they need to know by being told. It’s amazing how much you can discover about an artist by studying their work. I’ve never read a biography of Caspar David Freidrich, but I’ve seen what he did. Freidrich was a painter during the Romantic period. I have trouble deciding for certain who my favorite painter of all time is, but he rates pretty high. One of his most famous paintings is called Wreck of the Hope. It’s basically a glacial field and a pile of ice with a ship smashed into it. The lighting, the color, the composition, everything about the picture is fantastic. I can also be pretty sure, from looking at other paintings of his, that he was a bit of a melancholic, to say the least.

The same can be said for music. I’m studying music in college. Anyone who thinks classical music is boring hasn’t given it a fair chance. The variety from time period to time period is astounding, but even more fascinating is the definition composer to composer. Again, I have a preference for the Romantic period. There are several Romantic period composers that I have read biographies of. I might not have seen it all without the written aid, but I can pretty honestly say that it’s all encoded in the music. With no words at all you can feel the personality of the composer revealing itself—their emotions, their beliefs, events in their lives, their mental stability or lack thereof—it’s all there!

God is an artist. He works with a living medium, a medium that glows and burns, a medium that trickles and falls and freezes, a medium that sings and whispers. With this medium, which sprung from nothing at his command in the beginning of time, he sculpts and paints and composes nature, his Creation, his art. He wants us to see it and study it and analyze it to discover who he is.

God created objects so enormous and so far away that they are really quite beyond our rational understanding, when we’re honest. Once we’ve studied enough we can talk about light-years and parsecs and mega-parsecs. We can classify galaxies by size and structure and apparent magnitude. We can send our computers or our hard-working eyes to pinpoints at this or that left and right ascension. Yet do we realize what is right there in front of us? Do we realize that God is trying to tell us something?

is one of five other equally uncanny children living in a brambly forest in northeastern Indiana. She enjoys writing, making music, creating art, scaring the neighbors (those that stayed), and dancing by the light of the moon. She is fascinated by the great expanse of the universe and intent upon the pursuit of God.