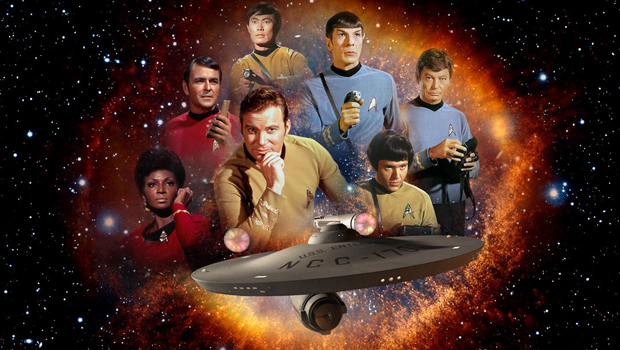 Entertainment and worldviews are inherently linked. Throughout the history of music, plays, novels, movies, and television programs, ideas pertaining to worldviews have been presented to us.

Entertainment is a graphic demonstration of the beliefs, philosophies, and ethics of the artists behind it and a medium through which ideas are expressed and questions posed. Our analysis of entertainment must recognize these two points. Entertainment expresses ideas. These ideas are not neutral but express a specific worldview.

Entertainment also poses questions. We as the audience must recognize these questions and discover whether the answers presented are true. Even the great William Shakespeare recognized this fact. He wrote, “The purpose of playing, whose end, both at the first and now, was to hold as ‘twere, the mirror up to nature.”

The medium of entertainment presents an indispensable opportunity to understand other worldviews. Through a few simple observations, we can recognize these worldviews, and use this knowledge to our advantage.

“All the world’s a stage and all the men and women merely players.” — As You Like It, Act 2, Scene 7

However, the similarities between the Jedi and Sith methods are worth noting. Both groups use the mystical energy field known as “the Force.”

This Force is impartial as to which side it supports. Both Jedi and Sith can use it as much as their skill and study will permit.

This demonstrates a rater ambiguous morality in the Star Wars universe. Whichever side has more power seems to be seen as the moral side.

“The play’s the thing wherein I’ll catch the conscience of the king.” — Hamlet, Act 2, Scene 2

As with characters, the plot of entertainment reveals a great deal about the ideas expressed in it. Story is a remarkable device for expressing thoughts.

Gene Rodenberry, creator of Star Trek, once said, “Let me do what we always try to do on Star Trek. Hopefully, entertain you. Perhaps even make you laugh a couple of times. And when your guard is down, slip in a heavy idea or two; because science fiction is a remarkable device for looking at the human condition.”

Every episode of Star Trek had a philosophical, historical, social, or spiritual issue it addressed.

Through the plots of Star Trek, Gene Rodenberry was able to openly talk about ideas that were difficult to talk about in a different medium.

He discussed racism (Let This Be Your Last Battlefield), gender roles (Turnabout Intruder), the nature of reality (Specter of the Gun), religion (The Return of the Archons), the danger of illusions (The Menagerie), and the nature of war (Errand of Mercy) to name a few of the many subject broached on Star Trek.

It was up to the viewers to recognize and think about the program’s handling of these ideas.

It is very important to always absorb entertainment while actively analyzing its ideas.

When we have the mindset of analyzing our entertainment, we can truly enjoy it.

“Now my charms are all o’erthrown” — The Tempest, Act 5, Epilogue

Through the analyzing of characters and plot we can use a proper analysis of entertainment to our advantage.

A year ago I volunteered for my local historical society.

Through my volunteer work I was able to meet a young gentleman named Cody.

One morning Cody and I were discussing Star Trek, a common point of interest. This conversation led to discussing Star Wars, Lord of the Rings, Chronicles of Narnia, The Golden Compass, and Harry Potter.

Although I am not a fan of the latter two franchises, I was willing to discuss the ideas and questions posed by them.

This line of reasoning eventually concluded in an exchange about the nature of evil, God, and finally Christianity.

If I had not been familiar with the underlying issues presented in Star Trek, we would not have discussed Christianity.

My point is this; Christians should never be complacently entertained.

While we are enjoying the latest Star Wars film or reading a Shakespeare play, the ideas presented in these entertainments give everyone an opportunity to understand and analyze the worldview within it.

Do not let this opportunity go to waste.

I conclude with William Shakespeare’s words, “The purpose of playing, whose end, both at the first and now, was to hold as ‘twere, the mirror up to nature, to show virtue her own feature, scorn her image, and the very age and body of the time his form and prescience.”

is a 17-year-old from central Illinois. He loves God and wishes to do what he can every day to reflect His light. He has a burden for his generation and wants to awaken them from their slumber of low expectations. Besides writing, he enjoys researching worldviews, reading theological books, and taking long walks on cool afternoons. James is the oldest of four brothers.