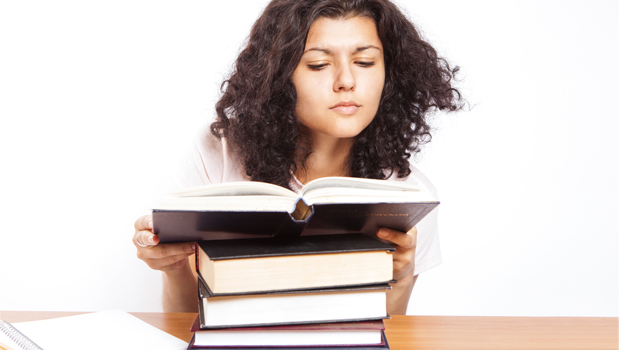 I’m not a big fan of the word “mediocre.”

It’s not a term that’s been applied to me very much. When teachers write report cards, they usually put something along the lines of “hard worker” or “attentive student.” Not mediocre.

Another aspect of my un-mediocrity is the fact that people have been calling me “smart” for ages. Why? I usually get A’s and B’s on all my tests and quizzes. I’m used to it.

That little streak was shattered when I recently received a 78 on my math test.

That’s a C. Or a C+, if it’s any consolation to my battered pride.

I think I’m headed down a bad path.

Seriously, for real. When I was doing the test, part of my subconscious mentality was Oh, I’ll do good like I always do. It’s just a thing that’s programmed into my brain. I’ll get a high B or above, and everything will go just the way I like it.

To find that underneath all that, you’re not all that different, that you’re actually human *sarcastic gasp* is a real shocker.

And this kind of relates to the bigger picture of what has happened to me.

About a week ago, I worked in the local Little League Snack Shack. I almost clogged a nacho heater full of fluorescent cheese, I spilled a slushie, and I had to be corrected with my change. I had no idea what to do there. My mom offered to help, but I said no, claiming I was too busy. I wanted to be independent.

In a post on my blog about it, I laughed my pathetic mistakes off and said something like “God’s grace abounds.” I thought I was being so spiritual.

The Snack Shack itself wasn’t a big deal — the nacho heater wasn’t maimed permanently, and the people in charge weren’t mad at me or anything — but when I didn’t ask my mom for help during rush hour? I thought I was being “independent.”

My parents didn’t see it that way.

They saw it as pride.

Now that that problem has become more aware to me, I see my pride everywhere. With how I react to people, how I view people, how I see myself.

For a long time, I’ve been telling myself that I’m secure in the knowledge that I’m a writer, I’m a Christian, I’m a good girl. I thought that I was confident in who I am as a person, and just because other people might think that I’m annoying, weird, or socially awkward didn’t mean that I have to pay attention to them.

Get my drift: I look down on people who annoy me, bother me, or think I’m annoying.

Granted, I can’t care too much about what other people think of me — that’s what the social media, celebrities, whositwhatsits are telling everybody: be yourself, no matter what happens or who cares.

Because in the end, we’re all sinners. I’m not better than people who tease me and annoy me and think I’m annoying. I’m worse, because I think of them as lower than I am.

In the end, we’re all human. I have flesh and bone and skin and a heart and a head. I am human. Which means I inherit all the qualities of a — i.e., our inherent depravity.

And without Him, guess what?

“Pride goes before destruction, and a haughty spirit before a fall.” — Proverbs 16:18

began writing at the age of seven, scribbling on sheets and sheets of notebook paper. Now she's a college student who pounds out blog posts, articles, and novels on her trusty Macbook. Eighties sitcoms make her laugh long and hard; Tori Kelly and Jon Bellion are her favorite musicians; and Ecclesiastes is her favorite book of the Bible. Find her on her blog or her YouTube channel.