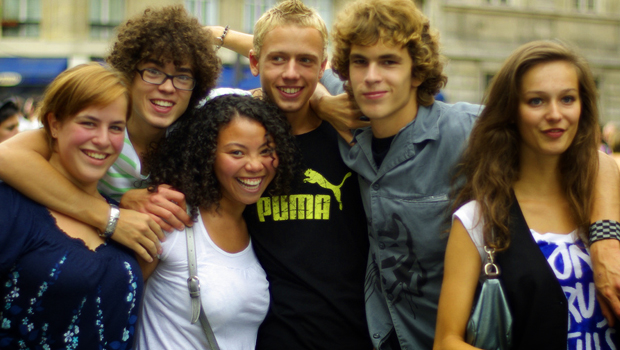 “Teens are irresponsible because their brains aren’t fully developed yet.”

You’ve heard these statements and others like them. They have guided public policy initiatives, informed parenting techniques, and enforced the myth of adolescence.

In fact, researchers now believe that teens are wired to do big, bold, difficult, scary things — and when we limit them and shelter them, they may fail to develop, or worse, they will act out in foolish and reckless ways.

B.J. Casey, a neuroscientist at Weill Medical College of Cornell University writes, “I used to think that if I locked up my son till he was twenty-one, I’d be okay. But the brain does not mature in isolation.”

Alison Gopnik is a professor of psychology at the University of California, Berkeley. In an article for the Wall Street Journal entitled, What’s Wrong With the Teenage Mind?, she writes:

“Brain research is often taken to mean that adolescents are really just defective adults — grown-ups with a missing part. Public policy debates about teenagers thus often turn on the question of when, exactly, certain areas of the brain develop, and so at what age children should be allowed to drive or marry or vote — or be held fully responsible for crimes. But the new view of the adolescent brain isn’t that the prefrontal lobes just fail to show up; it’s that they aren’t properly instructed and exercised.“

Gopnik concludes her article by saying, “The good news, in short, is that we don’t have to just accept the developmental patterns of adolescent brains. We can actually shape and change them.”

Of course, Gopnik is talking to adults. But her message applies to us too. We don’t have to accept the myth of the teenage brain. We can develop, shape, and change our brains by exercising and using them.

And this cuts both ways. By failing to exercise responsibility, tackle new challenges, and develop new skills as teens, we can be dramatically limiting our potential for a lifetime.

Jay Giedd is a neuroscientist at the National Institutes of Mental Health. He recently spearheaded research that showed a tremendous surge in brain growth and potential during the teenage years that can either be utilized or wasted as the brain “prunes down” in the twenties.

He believes that what we do during our adolescent years — whether building a business or playing video games — affects how our brains develop. In an interview with PBS Frontline, he shares some remarkable (and scary) new research:

“I think the exuberant growth during the pre-puberty years gives the brain enormous potential. The capacity to be skilled in many different areas is building up during those times.

It’s a time of enormous opportunity and of enormous risk. And how the teens spend their time seems to be particularly crucial. If the ‘Lose it or use it’ principle holds true, then the activities of the teen may help guide the hard-wiring, actual physical connections in their brain.”

In light of this research doing hard things as a teenager becomes critical. What we do during these crucial years will affect us for the rest of our lives. And according to the latest research, our potential to expand our comfort zones and learn new skills is greatest as teenagers.

So while growth and improvement can happen throughout life, we will never have so much brain matter to work with again. This really is a “use it or lose it” season of life.