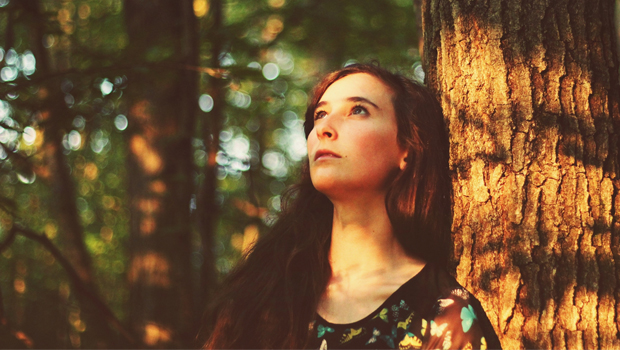 Have you ever believed a lie? Maybe when you were young your older siblings told you that the moon was made of blue cheese and you had no reason to disbelieve them, right? Or maybe they said a nickel was worth more than a dime, since it was bigger. Doesn’t that make sense?

Just like we believed those silly lies until a sensible adult, most likely our parents, came to the rescue, we also believe some very silly lies that the Devil tells us about ourselves until Jesus explains the truth.

There are many lies that the Devil tells me and I believe them so readily and deeply that they become ingrained in me and not believing them feels like denying reality. Even though Jesus very often says that “Such-and-such is actually true,” I reply “But this-and-that feels truer.”

I was not a very confident kid growing up, I’m still not. I subconsciously believed that I was a nuisance. For whatever reason, I thought that people simply tolerated my presence: that I was socially awkward and obnoxious — not very good friend material.

I’m sure there is a lot of psychology behind why I thought this, but it is not necessary to know right now. Suffice it to say that by the time I was old enough to disbelieve old wives’ tales, I not only believed these devilish lies, but I embraced them as my identity.

Jesus has many ways of revealing the truth to us. Most of the time, He does it through a personal, “face-to-face” as it were, encounter with Himself. This is very meaningful and affective since Jesus is truth (John 14:6).

Another way Jesus often shows us the truth is through His people, the body of Christ. A kind word, a smile, acts of generosity, hospitality, or acceptance are all different ways Jesus speaks to us through each other.

Take, for example, my friend Phil who lived with my family for a year and a half to work as a volunteer in Los Angeles.

By this time I was living out of the lie that people only tolerated me. When Phil came, I began to notice something: although he was closer in age to my older brothers, He did not treat me like I was six years younger.

Instead, he treated me like a friend his age. He talked, laughed, joked, and argued with me like he did with anyone else.

He did not seem to care even when I made a fool of myself, displayed my ignorance, or told a bad joke: he still accepted me and laughed when I finally told a good one.

I still remember the time he asked if I would be interested in starting a writing club with him. I was delighted! It was as if he liked me and liked being around me and thought me good company. It felt wrong and it took awhile for me to believe that it was genuine. I still find it hard to believe!

Phil was still living with us when my mom was killed in a car accident in November 2012.

Many times the following year, I talked Phil’s ear off until late into the night. Even if he was ever irritated, he never acted like it.

The point is that he really seemed to like being with me. Something I had never considered true about myself. And then the thought—that dangerous thought which will take hold of you if you let it — “If Phil likes me, I wonder if Jesus does?”

One of my favorite scenes in the History Channel’s mini-series, The Bible, is toward the end with the Apostle Peter in what looks like a first-century apartment. This scene, imagined by the producers, takes place while many Christians are being persecuted and fleeing Jerusalem.

While Peter is sitting at the edge of his bed, obviously discouraged and praying, Jesus appears and begins talking with him.

I forget exactly how the dialogue went, but the thing that fixed itself in my memory was the image of Jesus sitting shoulder-to-shoulder with Peter on the edge of the bed.

It was as if Jesus considered Peter a good friend and actually liked Peter and wanted to be with him and talk with him.

I know this is not a strictly “Biblical” scene, but as far as portraying the character and personality of Jesus, I think the producers got it right with this scene.

I did not realize to what extent this scene affected me until nearly a year later when I tried describing it to my Dad, but could not because it so overwhelmed me emotionally.

It dawned on me in that moment that this was what I longed for all my life: acceptance from God. I wanted someone to care about me, not because they were obligated to, but because they wanted to.

Jesus came, in part, to fulfill that need.

This scene of Peter and Jesus popped into my head as I was telling my dad about how healing Phil’s friendship has been to me. It occurred to me then: Phil reminded me of, Jesus.

You see, God longs to have a relationship with us like He had when He would walk with Adam and Eve in the Garden. He longs for us to realize the truth: that He is our Father, our Creator, our Master, our Lover, our Helper — He is all these things.

But in that moment of deception, when we thought that divine knowledge was what we really wanted, we chose to rebel and thereby separated ourselves from God.

Ever since, we have desperately desired life, joy, peace — anything that would satisfy our heart-deep longings. Only when we encounter Jesus do we realize what our heart truly desires: God.

We desire the safety and peace of His presence, to rest in His shadow away from the cold loneliness of life without Him; but even more than any specific characteristic, we simply desire God, all of Him.

Eternal life is not so much about being saved from God’s wrath (Hell), though that is part of it, nor is it about being rescued from sin, though that is important too. Eternal life is knowing God — not knowing about God in your head like I know about President Obama in my head, but actually knowing, experiencing, and enjoying God like we know, experience, and enjoy our relationships everyday.

“This is eternal life: that they may know You, the only true God, and Jesus Christ whom You have sent.” — John 17:3