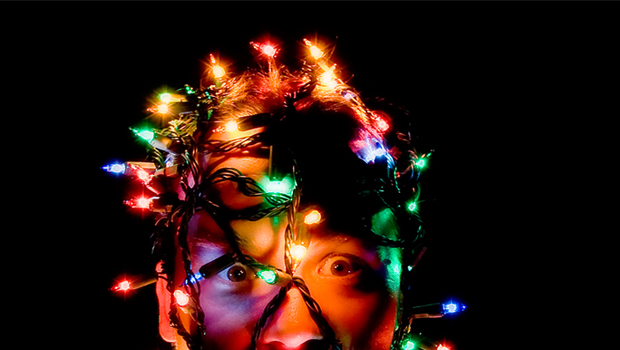 Christmas is not the holiday we associate with fear; rather, Halloween is. Elves, carols, trees, and turkeys don’t scare us. Skeletons and bleeding zombies do. But I think our lack of fear at Christmas needs to be changed. I think this simply because the first Christmas was made to inspire fear.

This fear was not a Halloween-esque fear, cheap and silly. It was deep and meaningful and rich with purpose. It was the fear inspired from the Incarnation, when God became man. More specifically, it was a fear inspired by His holiness.

There was perhaps no greater, more obvious time when the holiness of God was made evident in this world than that “silent night.” It’s true — there were many other times in the history of God’s people that His holiness was manifested in visible ways (think the Tabernacle, the Law, and the sacrificial system). But none were like the Incarnation — when God Himself came down and dwelt among us, became like us for us.

And that ought to strike fear of this holy God in our hearts. Not just reverence and awe, as we hear so often from books or Sunday School classrooms. Yes, we are to revere God and look on Him with awe, but fear is more than that.

As my dad says, fear is fear. Trembling, driven to our knees fear. Fear of the unexplainable, incomprehensible God. But, very importantly, it is not a fear without hope, nor a fear without knowledge, not a blind fear of an unrighteous master. It is a fear of the holy.

We can’t understand God, we oughtn’t underestimate Him, and we must worship Him. But we must also recognize that He is God and Lord and King and Master and perfectly just and perfectly good and completely holy and, though we can rest in Him with peace, there is always an element of fear.

In C.S. Lewis’ beautiful children’s series, The Chronicles of Narnia, Lewis created the character Aslan the lion as a representation of Christ. Aslan is the king of Narnia. When Susan Pevensie, a young English girl, visits Narnia with her brothers and sister and hears about Aslan for the first time, she is visiting with the Beavers.

[Mr. Beaver explained,] “Aslan is a lion – the Lion, the great Lion.”
“Ooh,” said Susan. “I’d thought he was a man. Is he — quite safe? I shall feel rather nervous about meeting a lion”…
“Safe?” said Mr Beaver …”Who said anything about safe? ‘Course he isn’t safe. But he’s good. He’s the King, I tell you.”

God is not safe. But He is good. “He’s the King, I tell you.” Christmas, this most sacred of holidays, ought to make us fear God more. But it also ought to make us love Him more. As Doug Plank penned,

The Son of God came down and laid aside His crown
Born without great renown, this Sovereign One
All holiness and might, all glory shining bright
Have come to earth this night in Mary’s son
O come, let us adore

Indeed, let us adore Him, for that is what Christmas is about.