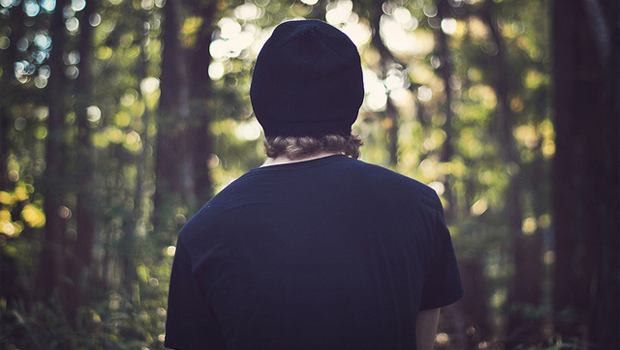 I wonder if that’s when the fear first lodged in their throats.

I wonder if the sons of Zebedee exchanged nervous glances.

I wonder if Peter did what he always did and said what everyone else was thinking. “Lord, aren’t you coming?”

I wonder if Jesus gave them an answer as He walked along the shore. Maybe He just smiled in that way of His that John would always remember. It was the look that said, “I know what I’m doing, but you don’t have to.”

I wonder if an uneasy sense of doubt surfaced as they watched Him walk away.

I wonder if you’ve ever felt that way.

I wonder if there’s an area in your life right now where God has given you the tools and the instructions without telling you what He’s building. If He’s called you out of your comfort zone just far enough that you feel that little knot of dread in the pit of your stomach.

It’s not that romantic leap of faith that you thought it would be. It’s not anything you would even define as life-threatening or dangerous. So why does it keep you up at night?

Why are we so afraid to step out in faith?

We walk with Jesus every day. We read His words. We know He’s never left us before. And yet when He tells us to move we freeze, terrified to step out.

Every time we try, a thousand reasons not to loom in the distance like storm clouds on the horizons of Galilee, and deep inside the question flutters with our palpitating heart. “Lord, aren’t you coming?”

We are so afraid we’re alone in this. We’re so scared of the unknown ahead. And the first thing the Enemy will use against us is this fear:

Fill in that blank.

What lie has the enemy told you lately?

God would never tell you to do this because…

You always mess things up?

You’ve failed so many times before?

The Enemy has all sorts of lies he likes to throw our way, but his first weapon of choice since the Garden of Eden has been, “Did God really say ?”

If he can convince us that we’re alone in this he knows the best of us will stop dead in our tracks. As well we should.

Just like Moses begged the Lord in Exodus 33, “If Your Presence does not go with us, do not bring us up from here.”

We know we can’t move without the Lord, but how many times does He have to tell us to do something before we actually do it?

We serve the God that said, “Have not I commanded thee? Be strong and of a good courage; be not afraid, neither be thou dismayed: for the LORD thy God [is] with thee whithersoever thou goest” (Joshua 1:9).

Have you ever read Green Eggs and Ham by Dr. Seuss?

Silly question. Of course you have. Sorry.

The other day I was worrying about God’s sovereignty in an area of my life when I started laughing at myself. My doubts and my worries sounded exactly like that irritating little imp of a Seuss character, Sam-I-Am.

Everywhere I go I’m questioning whether or not He’s with me. It shouldn’t surprise me at this point, but God has no boundaries.

That’s not to say He won’t turn us around, or redirect our path. But if God’s going somewhere, He’s going to go, and all those things He has in store for us are going to happen.

But we’ve got to get in that boat. We’ve got to believe that, even if we can’t see Him, He is with us.

So what is the reason we’re afraid to step out in faith?

But once we believe that He is truly with us, the scope of our future is beyond all imagining.

“No weapon formed against you shall prosper” (Isaiah 54:17).

There are currently 17 Comment(s)

is an 18-year-old Pastor's Daughter from a small town. Although her passion is writing both fiction and non-fiction she enjoys music and dance. Her desire is to see God ignite the passions of young people to reflect His glory. She lives in Hawaii with her parents and two younger brothers.