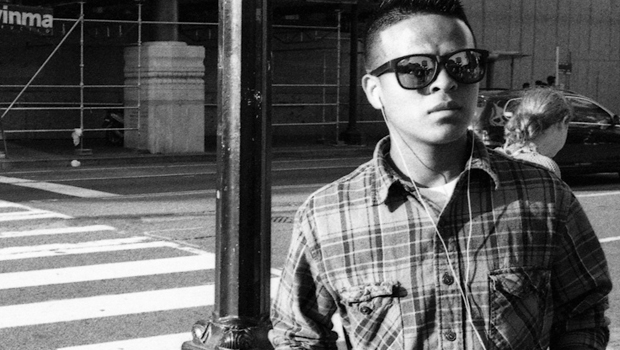 Like many new high school students, I entered my first year very insecure about myself and virtually without any friends.

I went through my grade 9 and 10 years keeping to myself and simply trying to avoid being made fun of like I had been in elementary school. My withdrawal was so severe that I literally never stepped foot into our school’s cafeteria until I was already in grade 11!

I had grown up in a Christian home and my faith was important to me. But by the time my third year of high school came around, I was sick of being lonely and desperately wanted to fit in.

I discovered that year that I could get people’s attention by being the class clown. I was willing to do anything ridiculous so long as people would laugh and notice me.

As a result, I spent my grade 11 and 12 years gaining lots of friends and becoming more and more liked by my peers. I would do crazy stunts and pull pranks, going as far as hitting a teacher in the face with a cream pie during class!

Deep down, I knew what it really meant to follow Christ. I was not ashamed of my faith early in high school simply because I kept it to myself. No one even knew who I was, let alone that I was a believer. But when I started to become popular, I hid my faith from those around me, afraid that it would ruin my friendships and kill my increasing popularity.

When graduation passed and summer came, I quickly realized that all of the “friends” I had made over the last two years were really not my friends at all. They moved on to college or university, as did I, and I never spoke to most of them ever again.

It dawned on me that the only thing keeping us together was that they found my silliness amusing, but there was no real depth to our relationships. This became increasingly painful to me, since I had basically ditched all my former youth group friends when my popularity in high school began to surge.

What did I learn from all of this? Mainly, that I wasted my high school years. I missed the mark in two separate, but equally wrong, ways.

My first mistake early on was to simply retreat from the world around me.

Sure, I never really compromised my faith, but it also didn’t do much to change the way I lived. I was happy knowing that my sins were forgiven, but I didn’t care much that others around me were lost and without Christ. I simply pulled back into my own safe cocoon and let everyone else get on with their lives. How tragic!

Then, I went the complete opposite direction. My last years of high school, spent trying to accumulate friends and become popular, were wasted in that I did make connections with others but never bothered to bring my Christianity into the mix.

I was happy to still believe what I believed, but fitting in became far more important and the primary motivator for my actions. So while I managed to get outside my bubble of isolation, I didn’t make use of those friendships in any meaningful way.

I look back now on my high school years with deep regret. How I could have made such a difference! I did not realize at the time that everyone else around me was just as insecure as I was, and that simply being myself and letting my light shine would not have only been honoring to God, but would have actually earned the respect of some of my peers, who also wanted to be who they were but were simply to afraid to show it.

I have come to realize that the high school years are some of the most influential years in a person’s life.

It is a time when people discover who they are and who they want to be. If only I had been confident in my faith, and bold in my sharing of it, I could have really made a difference for the Kingdom!

My friends, take it from someone who has been where you are and looks back with regret. Don’t do what I did. Don’t retreat from relationships, but take a risk and put yourself out there. And don’t compromise your faith to fit in, but stand firm and let your light shine before others.

In doing so you will bring glory to God, find your deepest sense of joy, and make a difference in the lives of others.

currently serves as a youth pastor in Sault Ste. Marie, Ontario, Canada. He married his wife Sarah in 2008 and together they have two children, a daughter named Bella and a son named James. Jeremy loves to read, write, share his faith with others, and play baseball.