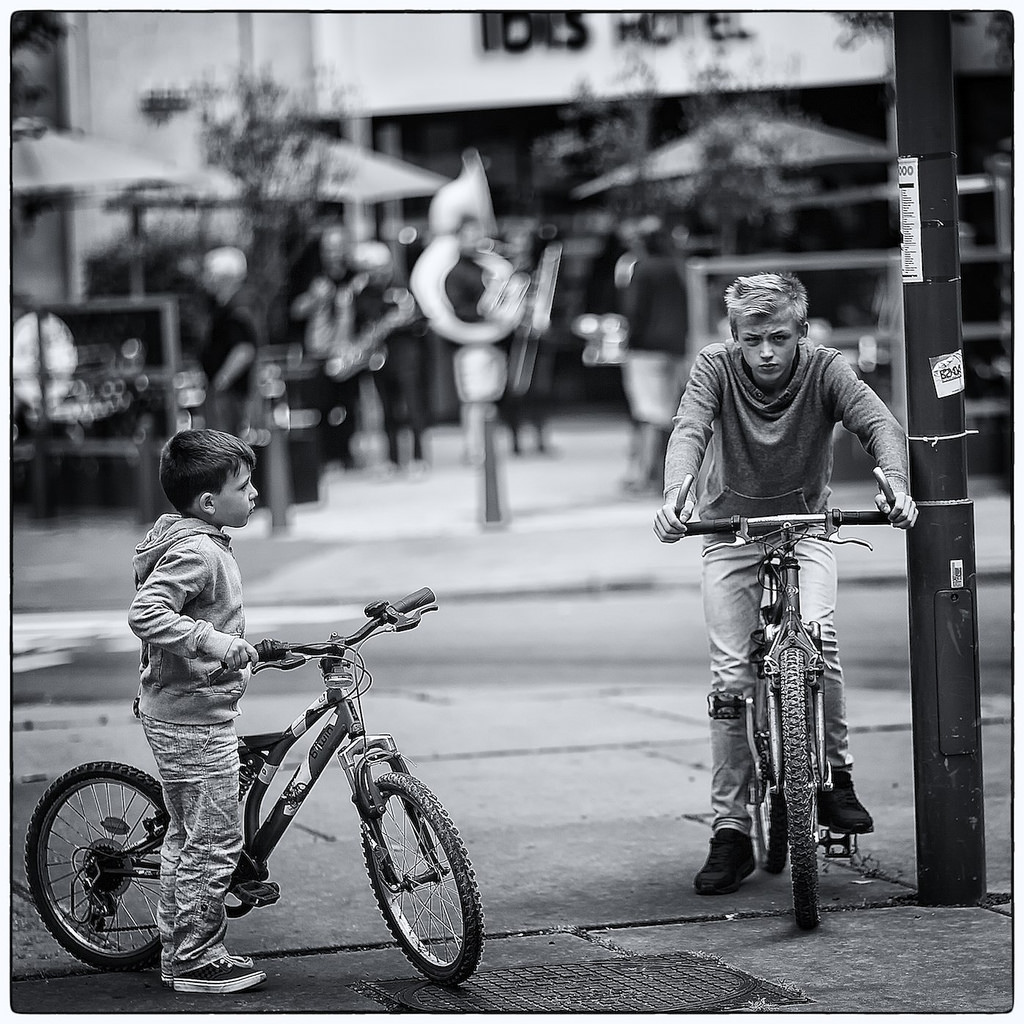 I think we’re always going to be intimidated by someone.

They seem like they have it all together, but in reality, they’re a mess.

When I was younger, I was extremely intimidated by the “cool” group. It was really just a group of older kids. They were talked about. They were admired.

What was the difference between me and them?

There was no difference besides our ages. But they still made me feel like a lonely little midget. And they were the giants.

I didn’t like being around them, and I certainly didn’t like talking to them. I had to take a public speaking class with several of them. That was difficult to say the least. I felt childish and excluded.

They laughed with each other and chatted about various things. But they had a power over me. They might not have known it, but they had the chance to influence me, and they didn’t use that chance very well.

Then there was Victoria.

She didn’t hang out with the cliquey kids. Even though she was closer to their age, she wasn’t a part of the “popular” group. She sat by me. She talked to me. She invited me to her birthday party.

She used her influence well. She always shared a smile and a laugh.

“Let no one look down on your youthfulness, but rather in speech, conduct, love, faith and purity, show yourself an example of those who believe” (1 Timothy 4:12).

We’re supposed to be an example to the believers—and the believers we have a huge impact on are those younger than us.

Unfortunately, most older kids just care about being cool and fitting in. And so do the younger kids. You can help the younger kids fit in by including them in your group.

I was a scared little twelve-year-old next to rowdy, popular seventeen-year-olds. And now I’m their age.

Yikes. I’m influencing the 12-year-olds around me.

Then I am in a pickle.

I can’t criticize the previous “cool” groups in my life without criticizing myself. Because I haven’t been doing a good job of influencing the younger kids in my life for Christ.

Some twelve-year-olds may be annoying. They may be immature. They may be cliquey and boy- (or girl-) crazy and self-centered.

But they aren’t the only ones.

Don’t treat younger kids like babies. Instead, treat them like friends. They’ll appreciate it more than you know. If you talk to one this week, they’ll feel mature, cool, and special.

Jesus treated everyone with equality. He didn’t treat one group better than the other, and we shouldn’t either.

We make ourselves feel good when we act stuck-up and prideful and better than younger kids. But when we do that, we’re acting more immaturely than those kids we criticize.

They look up to us. We need to let them know that they’re not alone.

The younger kids in your life make up the next generation of rebelutionaries, and your influence in their lives could impact the choices they make as they rebel against (or fall into) society’s standards.

Fight with them and for them. Inspire the next generation.