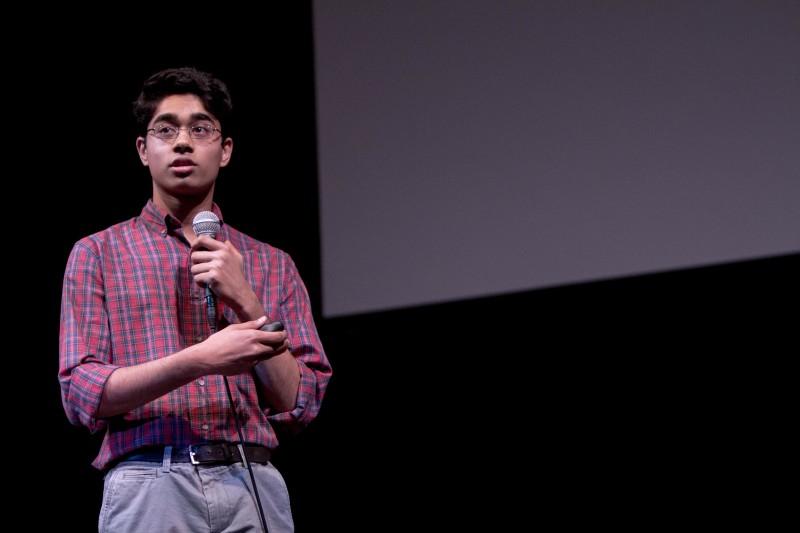 (CNN Money) – A summer with his grandfather was all it took for him to be inspired.

When Mukund Venkatakrishnan was 14, he visited India and was tasked with helping his grandfather get tested and fitted for a hearing aid. He saw what a costly and difficult process it was and resolved to find an alternative.

“Since audiologists are specialists, even finding and getting an appointment with one in India was really hard,” said Venkatakrishnan, who is now 16. “And then we got ripped off.”

Venkatakrishnan said they spent about $400 or $500 on doctor’s appointments and about $1,900 on the hearing aid itself.

He realized that hearing is a luxury many people in developing countries can’t afford.

“In India, the median household income is $616 a year,” Venkatakrishnan said. “If someone in India saves all year without spending a penny, they still can’t afford a hearing aid.”

Venkatakrishnan’s device is unique because it not only tests a person’s hearing with a series of beeps, but it also programs itself to become a hearing aid. It only costs about $50 to make and can be used with even the cheapest set of headphones.

Unlike with traditional hearing aids, if the ear piece gets damaged it isn’t costly to replace — you just buy another set of ear buds.

In its current form, the device is about two inches and looks like a computer processor. Venkatakrishnan is planning to bring it down to about one inch and encase the operating system.

He envisions the device, which has a standard headphone port, fitting into someone’s pocket.