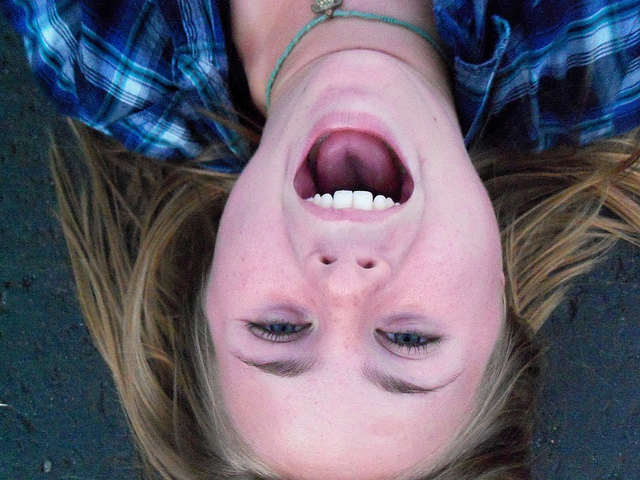 It has taken me almost six years to realize that my happiness should not be hindered or hampered by the words or actions of other people.

It also should not be wholly dependent on someone else — whether that be a friend, family member or significant other. It’s not worth it. Trust me.

I did just that for almost four years. My first relationship began when I was fifteen and lasted three and half years with a four-month break somewhere in the second half.

To say it was easy would be a lie.

We may have dated a long time, but it was the fact that I had made him the biggest part of my life that was the problem. He was number one, and over everything else in my life, he came first. As sweet and lovely as that sounds, it’s not.

Putting other people on a pedestal is dangerous and opens up a lot of space to get hurt.

It has been almost a year since that relationship ended, and wow. Those following months were the hardest, most painful months I have ever experienced.

In hindsight, though, I’ve learned a lot. I have learned that a relationship works two ways and you both need to be putting in equal effort.

I have learned that being completely open, honest and real with one another is crucial to communicating how you are feeling.

I have learned that other people don’t define your worth and that there are people out there who love reminding you that you are beautiful, special and valued.

I have realized that for all that time, I had been putting the wrong thing first. God needed to be first in my life, and I had my priorities out of line for way too long. It is so incredibly important to not put worldly things on a pedestal.

Love them, love it, love whatever the thing is that is so special to you — but never, ever put it before God.

I guess as cliché as it sounds, you not only learn how to become stronger through heartache, but you also learn that life goes on — and that is exactly what happened. Life went on, and I have moved on with a whole new perspective toward all forms of relationships regardless of who they are with.

Now I can confidently say that, though it hasn’t been easy getting to this point, I am so incredibly grateful and genuinely happy.

So take it from me: your happiness is just that — yours.

Avoid letting other people completely influence how you are feeling. If you are upset, be upset. If you are feeling on top of the world, then share that positive energy with those around you. But no matter what, you should never have to justify the way you are feeling to anyone (been there, done that and *yawn* waste of time). Just do you!

Jessica Shipton is a twenty-year old student finishing her third and final year at the University of Technology Sydney in Australia. She is studying a Bachelor of Communication completing a double major in Digital & Social Media and Public Communications (Advertising). Jessica has loved writing ever since she could pick up a pen and enjoys travelling, whether it be on holiday or serving on a mission trip