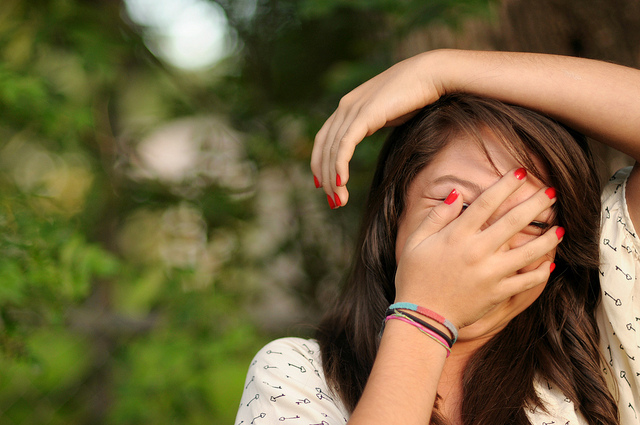 It was very dark, and even more, wet.

The building was isolated from the rest of the city by a large stretch of empty field on either side, and the bright lights half a mile away only managed to blind you without illuminating anything.

My body was vertical against the wall of the building. I had never before been so thankful for my grip shoes, but I still felt every second that I was sliding down the front of the four inches of window trim that supported my entire body weight. I did what I could with my hands to alleviate the pressure on the slippery bit of sheet metal, but it was all I could do to keep myself from slipping off backwards onto the wet concrete far below.

I looked down. My partner was still gone. He was still looking (in vain) for a better way in. We had gone in light-weight and anonymous: no radios, no id’s. Even if he were here, there would be nothing he could do. Everything was just so slick.

Rain had not been part of the plan that night. It provided some much appreciated cover getting to the facility, but made getting in nearly impossible. The quality of the bolt locks to the roof access had been severely underestimated, and the utility tool we had considered our ticket in lay useless in my pack.

No, this was the only way.

I knew I could only hold myself on that window trim for another minute or so. It was time to decide. Jump for the I-Beam above me and to my left, or give up. I reached out as far as I could, straining every muscle in my body to leverage maximum support from the concrete wall. The tip of my finger reached the I-Beam.

It felt as slippery as a fish.

And then, I thought I heard the engine on the perimeter security truck start. I had already marked its position around the corner (much closer than we had anticipated, another wrench). We knew that the truck made periodic trips around each side of the facility, but this sound was coming an hour and a half early.

I had to move. I would not survive such a slippery climb down with the panic of perimeter security coursing through my fingers, and even if I did, I would not do it in time.

There was nowhere to go but up.

I looked down at the sheet metal I was standing on, and up and over to the I-Beam. Four feet horizontally, five feet vertically. Four squared is sixteen, five squared twenty-five, sixteen plus twenty-five is forty-one, square root of forty-one is 6.5. 6.5 feet.

On paper, I could do 7; my logical side gave it the go ahead, but every other fiber of my mind screamed “no.” For just a second, my brain fought its hardest against me.

A million rationales as to why I didn’t have to, a thousand reasons why I didn’t need to be the one to do this; each terribly convincing. I could just stay there camouflaged, they would never be able to see me in my climbing suit. I have a family at home, think of the consequences … who even knew if the objective inside was worth all of this?

I didn’t have to do it, I could call the abort at any time and we would disappear into the night in a rush of light and noise faster than our truck buddies could say “I suck at perimeter security.”

And then, I looked down and saw my hand, and all of those thoughts melted away. It was strong. It was able. It was trained. It was ready.

And I trusted it.

There was no more discussion. I sent off my last prayer and torqued my body into position, letting my hands react quickly to the slip of my feet.

What That Taught Me About True Faith

Looking back, I consider that moment to be one of the most dangerous of my life. I had been no stranger to the reaper, and there will probably come for me many moments like it; but when I think of a time when I could hear the reaper man breathing in my ear the loudest, I think of that night.

And yet, I leaped.

Many people think that faith in God is a passive thing. You “let go and let God” or some such nonsense, which involves you saying, “Oh, phew. For a second, I thought I was going to have to do something difficult.” Be no longer so disillusioned.

Faith is the hardest thing that you will ever do.

Yes, it involves letting go, but it’s letting go in order to grab on to something else.

When you hear the voice of the Lord saying, “Whom shall I send?” it will take every fiber of strength that you possess and more to say, “Here I am; send me.” Your mind will struggle against you with all its might, but at the end of the day, you must look down at the strong and trustworthy hand of God, and then you MUST conquer yourself and surrender all of it to Him.

Do you want to give up lust? Do you recognize that it will destroy you? Look to the mighty works of the Lord. Conquer yourself. Leap.

Do you want to be kind and tame your cruel tongue? Look to God’s powerful mercy. Conquer yourself. Leap.

There will always be a thousand reasons why you can wait another day. Destroy every last one. Conquer them completely. Make a sacrifice of them to the Lord.

And then you must leap.

is a writer who, for the sake of identity protection (both his own and others), prefers not to reveal his real name.