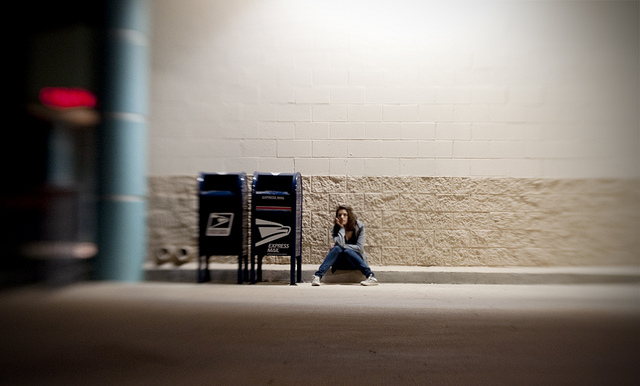 Why does God take so long to answer our prayers?

Recently, I wrote an article about trusting God even when life is filled with uncertainty – how we should respond when we don’t know what’s going to happen. In it, I mentioned how later that day I would find out if I would be going on my church’s annual NYC youth mission trip – a trip I had been wanting to go on for almost a full year. Well, guess what I found out?

I’m going. I’ve been accepted – guaranteed a spot. So I guess, you could say I’m excited! Not only that, but I also found out that my best friend will be going too. For weeks, we’d been waiting expectantly for the outcome of the team leader’s decision. We both really wanted to go, but we weren’t sure what was going to happen. Now I do know – we will be going, both of us.

But there’s a catch… I just can’t tell her yet.

Because the team roster isn’t finalized, my leader has asked me to keep it under my hat just a little bit longer, until he confirms the roster. So, while she has a 99% of going on this trip, she doesn’t know yet. She’s still waiting, still trusting God.

Now, by the time this article is published, she will know this news. But between now and then, she won’t know what’s going to happen, and is still faced with this uncertainty. And in this time, she has a choice to make: stress and worry… or trust that it’s going to work out for God’s glory.

You see, all too often we worry that God isn’t hearing our prayers. We feel like He doesn’t know what’s really going on – or just doesn’t care. We feel like He’s just left us suspended in limbo, abandoned and left on our own. Despite all we try, nothing we do, nothing we pray, seems to get us out of the situation. Why?

Because just like my team leader, God’s still working behind the scenes.

Remember Joseph from the Bible, who was thrown into a pit by his brothers to die? Not only that, but from there, he’s taken up out of the pit, only to be sold into slavery to a traveling group going to Egypt. And then, after that, it gets even better! He’s brought to a foreign land, away from his family, away from everything he knows, and is forced to be the slave of a non-Christian.

Ever thought about that?

Joseph’s boss was a non-Christian. He was “secular” – not a believer. And in this time here, Joseph had a choice to make: serve God or don’t. Do his work for the glory of God, or don’t. Even with all this terrible stuff going on, Joseph chose to continue obeying and trusting God. You know what he got for it?

He was wrongly accused of rape, and got a life-sentence in jail.

So, imagine being where Joseph’s at. At age 17, betrayed by your brothers, taken from your home, falsely accused, and then thrown into prison for a crime you didn’t commit. You haven’t had a bad day until you’ve been in Joseph’s shoes!

And during this time, I can just imagine Joseph crying out to God: “WHY IS THIS HAPPENING TO ME!!??” After all, he’s in prison for something he didn’t do! Why wasn’t God answering His prayers?

Because God was still working behind the scenes.

You see, God was going to use Joseph to do big things – there were just some things that had to be taken care of first. Eventually, God did deliver Joseph out of prison, and even orchestrated it so he would be put in charge of the whole kingdom, right under Egypt’s king. And in doing so, God put Joseph in the perfect position to save his family from the unexpected famine that occurred all over the eastern world.

God had just finished working behind the scenes.

And soon, He’ll be done working behind the scenes for my friend’s situation too. In the meantime, she’s waiting and being faithful where God already has her. She’s using her time of waiting for His glory.

How about you? Is there something in your life you’ve been worrying about that doesn’t seem to be going your way, or isn’t happening as quickly as you’d like it to?

I challenge you today to take that not as a circumstance to overcome, but as an opportunity to trust God and serve Him faithfully in what you already know He wants you to do.

I challenge you, today, to make the most of the time you’ve been given while God’s still working behind the scenes.