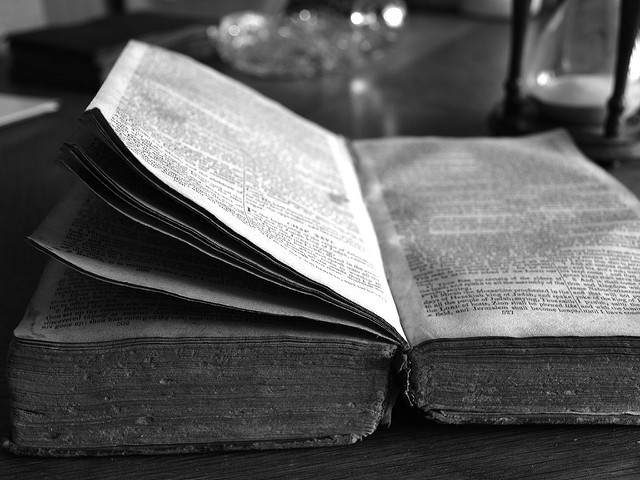 The Bible is considered essential to the Christian life.

We call it the “Word of God” and say it’s “inspired.” We talk about having “daily devotions” like we talk about “having dinner.” We question the rightness of an act by whether it’s “biblical” or not. In fact, if you’ve grown up in a Christian home, you likely have little hints of the Bible all around you.

The Bible is really important to us, isn’t it?

But why is it so important? Why do we follow it? Why should we even believe it to begin with?

These questions are significant because, like we’ve already said, their answers affect everything we believe! If the Bible turns out to be untrustworthy, our entire Christian worldview falls apart!

Since this is such an important topic, I won’t even try to cover every detail in this article. Instead, I’ll give you three quick reasons why I believe we can trust the Bible, assuming you already believe in God. Hopefully, this will whet your appetite and motivate you to study more on your own. (At the end of this article, I’ve provided a few resources for you to check out.)

So, why should we believe the Bible?

Reason #1: Jesus Fulfilled His Claim to Rise from the Dead

The main reason I believe the Bible is because Jesus rose from the dead.

Wait. That sounds like a fairy-tale, doesn’t it? Why are we starting with the resurrection?

We start here because the validity of everything Jesus said rests on the resurrection. If he never rose from the dead, a strong argument could be made to dismiss his teachings altogether, especially his claim to divinity and His authority on spiritual matters. Only lunatics predict their own death and resurrection, right?

But, if he did resurrect, he deserves our full attention and should be taken seriously. This presents a new dilemma, however: How do we know Jesus rose from the dead?

Let’s start with the disciples.

The twelve disciples had heard everything Jesus said, including his prediction that He would rise from the dead (Matthew 16:21). They knew if this didn’t happen, His claims were meaningless and following him was pointless (Paul said as much in 1 Corinthians 15:14-19).

But more importantly, they knew better than anyone else whether or not Jesus really rose from the dead. They were the witnesses.

If He hadn’t risen, it’s unlikely any of his disciples would have continued to follow his teachings. Many “saviors” had come and gone and been forgotten long before Jesus. Another dead “messiah” would be nothing special.

Even if some kept following his teachings, it is unlikely all of them would have continued to preach his resurrection. At some point, someone would have spoken up and said “It’s all false. A cruel joke! We never saw Jesus after his death. The body was stolen…” You get the point.

Yet none of the twelve ever recanted, but instead actually endured persecution for their faith. Most were even martyred.

Apart from the disciples , Paul also mentions specific people–including a crowd of 500–in I Corinthians 15 who could confirm the truth of the resurrection. The fact that none from either the inside circle or the hundreds of witnesses recanted their story indicates it happened as the four Gospels recounted.

But what if the Gospels recount the story inaccurately? What if they have been corrupted and the apostles never actually claimed to have seen the resurrected Christ?

Well, this leads us to the next reason we should believe the Bible…

Reason #2: The Bible Is Historically and Textually Reliable

Okay, this is where it gets really technical, so stick with me.

Skeptics often claim the Bible is not historically reliable. Some claim the gospels were merely legends. Others, such as Muslims, claim it was corrupted over time to fit the Christian narrative.

However, this could not be farther from the truth.

The New Testament was written merely 70 years after Jesus, possibly earlier (N.T. Wright, Simply Christian, pg. 177). In fact, Paul wrote all his letters less than 30 years after Jesus, including Galatians, which contains core elements of the gospel. And only 40 to 60 years after Christ, each of the four Gospel narratives were completed (Timothy Keller, The Reason for God, pg. 104).

Why is this significant? Because it means most of the New Testament was written while eyewitnesses were still alive and able to confirm the facts.

Interestingly, Mark, Luke, and Paul all mention eyewitnesses within their writings. Mark even mentioned specific names of people who could verify his account (Mark 15:21; also Luke 1:1-4 and 1 Corinthians 15; Keller, 104-105). If any historical information within the gospels or epistles had been false, these numerous eyewitnesses (supporters and opponents), could have easily dismissed the writings and the story would have been forgotten.

In other words, it’s extremely unlikely the stories and doctrines of the New Testament are legends, since there were so many living eyewitnesses when it was being written.

However, could the record have been corrupted over time? How do we know the authors actually wrote what we read in our Bibles today?

This is unlikely because of two details historians look at when evaluating a manuscript’s reliability.

First, the amount of copies available. The more copies that are available, the easier it is to piece together an accurate translation.

Second, the age of the manuscripts. If a copy was made soon after the actual events, it is more likely to be accurate. The older the better.

It’s the same with manuscripts. Since people in the ancient world hand-copied every book they wrote, it was easy to make mistakes. But the more copies you have to compare against each other, the easier it is to identify mistakes and correct them.

This is the really cool part.

The Bible completely surpasses all other historical documents in the number of manuscripts available. Something like 24,000 copies of the N.T. still exist (either complete or fragmented). The Greek poet Homer’s Iliad comes in second with a mere 643 copies (Josh McDowell, Evidence that Demands a Verdict, pg. 39). The Bible has almost 40 times as many copies from which to piece together an accurate translation, and they contain very few notable mistakes.

Now, regarding the age of the manuscripts, let’s go back to that game of telephone.

The person who heard it first, right? Because they heard it straight from the source!

Again, it’s the same with verifying ancient manuscripts. The older the manuscript, the more accurate it will likely be since it hasn’t been copied as often.

Amazingly, this is only the beginning. There are many other reasons to trust the Bible historically.

Imagine if you brought a bunch of friends together and tried to find a topic everyone agreed on? Do you think you could do it?

Depending on what you chose, you might be able to. But imagine if you brought together your richest and your poorest friends, as well as their parents, younger siblings, and cousins. What are the chances you could all agree then?

Now, add to the mix people from Africa, Europe, and Asia, rich and poor, old and young. It’s probably going to be pretty hard to find a topic you all agree on, right? You certainly wouldn’t all agree on a controversial subject.

This is the type of mix we have with the Biblical authors. Yet all 40 of them write with astonishing unity.

This is amazing since the authors spanned over 1,500 years and came from every walk of life, from kings to peasants, experiencing good times and bad, and speaking three different languages (McDowell, pg 16).

What makes it even crazier, is not only were these authors from different backgrounds, but they wrote about topics which were controversial even at the time and still are today. If any set of people should have disagreed and told differing messages, it was this bunch. Yet they all relate God’s redemption of man with unbelievable harmony.

Sure, there are a few kinks in the details here and there that scholars are still trying to sort through. But despite the kinks, every book in the Bible tells its part of the story of a God who created a beautiful world and breathed life into man as the highlight of creation. They tell of how man rebelled against God and how he, in turn, relentlessly pursued man throughout history, culminating with Christ’s death and resurrection.

No other conglomeration of authors from such different backgrounds, times, and life experiences could communicate a message with such consistency.

The Bible is an incredibly unique group of documents that speaks as the unified Word of God – not just to people of ancient times but even to us today.

The resurrection of Jesus establishes the Bible’s authority to speak truth. Its historical and textual reliability completely surpasses every other ancient document. And its consistent message still amazes scholars.

There is so much more we could talk about. Volumes of books have been written defending as well as attacking the Bible. Yet, it remains steadfast in its revelation of Jesus Christ. Those who read it with humility and gratitude will find life and wisdom more valuable than anything money could buy. They’ll find Jesus.

I challenge you to study this incredible gift from God. You never know what you’ll discover through those words unless you dive in and look for yourself. It’s like finding buried treasure – and treasure hunts are always an adventure.

So what are you waiting for?