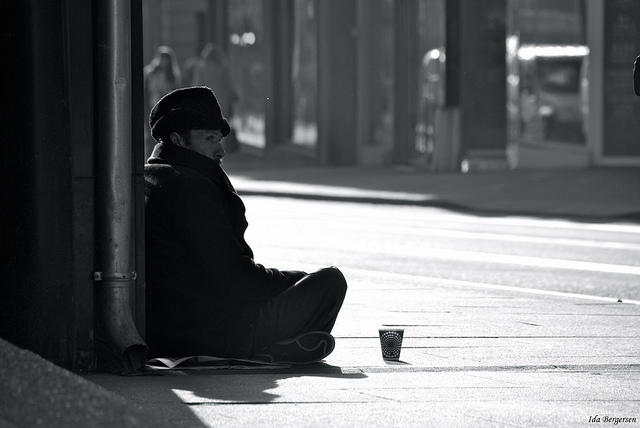 We all see things.

We see the blue sky and clouds that dance for the glory of our King. We see the smiles on people’s faces at the park and the trees that waltz in the breeze.

We see birds agile and swift, people out for runs, teens on their cell phones at the mall, the latest billboards, and the glare of the stop light on the corner. We see texts and emails from our friends and invitations to dances and parties.

We see, but only what we want to see.

What we don’t see is the tears running down the cheeks of the abused, the whispered prayers for strength, and the pain-filled eyes of the teens whose father died from a heart attack.

We don’t see the shaking hands of the elderly as they try to eat on their own, the bruises on a girl’s wrist from her boyfriend, and the screams of the newborn baby who has been abandoned.

We don’t see the scarred arms of a boy in the cafeteria whose mother is a drug addict.

We don’t see the children in Uganda who have no fresh water or food.

We don’t see the faces of the people being sold into slavery or the lost souls who overdose.

To all this and more we choose to close our eyes, because it’s so much easier to do than to actually do something to stop the pain of the hurting.

When some heart-wrenching image comes up on the TV, we immediately reach over and turn it off. Why?

Because it is easier to turn a blind eye to the suffering than to feel guilty and convicted to do something about it.

A month ago, I saw a mother and her baby sitting outside of my local Wal-Mart. She held a sign that read, “Homeless, please give money for my daughter, she needs diapers and food.”

These are the hurting right in front of us. The ones who need a loving hand and a God that is bigger than their problems.

God loves and helps the broken and the lost, and He calls us to do the same. He calls upon us to open our eyes and see what He sees and not just what we want to see.

I know it is easier not to see, but we need to start seeing what Jesus sees and lovingly minister to the least of these.

Do not ignore the broken, and do not say that it’s too hard, because you have a God that is bigger than the enemy and is stronger than a rock.

Ask Him to pull back your blinders and enable you to see the hurting that is right in front of you so that you will be able to begin to make a difference.

is a 15-year-old blogger, who is madly in love with her Savior, Jesus Christ. She is a staff writer and author for Top Christian Books, and is a regular contributor for various sites. She hopes that what she writes encourages and inspires you to walk the narrow road. She blogs at The Narrow Road for Teens