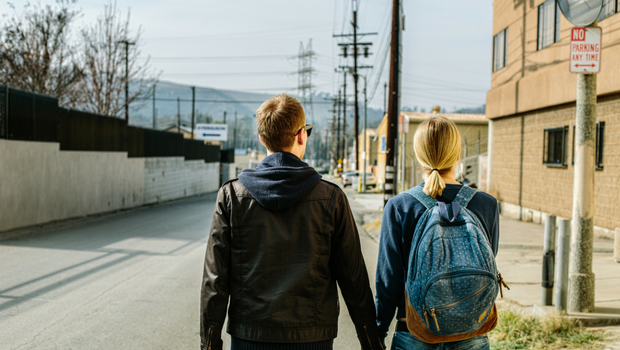 A Want to be Independent and Free

Humans have had a condition since the fall, and it’s their want to be independent.

Now don’t get me wrong, there are good things about being independent, but in the sense that I am bringing the topic up, it’s not good. When I say since the fall I literally mean since the fall, and the want to be independent has caused people to do some bad things.

It all starts with the moment Eve takes the fruit from the tree, she had a desire buried in herself, a desire to be independent from God, and the serpent triggered this desire. Then there’s Cain, he wanted to be independent from his brother in his sacrifice to God, for that reason he wouldn’t give up his fruit and the crops he had raised. Instead Cain got angry at God and his brother, and killed Abel rather than asking for a lamb to sacrifice.

In the course of human existence the same thing happens again and again.

The reason behind our want to be independent is that we want to be “free.” But our definition of free isn’t always what freedom actually is.

I was recently watching a TV show called The 100, and the kids we’re so easily convinced in the show that they could survive on their own, and that being by themselves they were “free.” They started cheering, “Do whatever we want.” They wanted no more rules, they wanted to be free to do whatever they wanted.

Often times that is the result of our want to be “free,” we want to do whatever we want and be free from the rules higher authorities have set for us.

Later in the show the kids are seen hurting each other in a very chaotic atmosphere. This portrays a need for community and rules, not just independence. They NEEDED rules to keep them in line, to keep them from hurting themselves.

That’s why God sets rules for us, that’s why we have a government to make rules for us, and why we need our parent’s and friends, as well, to help us keep those rules.

In reality these rules are made to help us, and if we didn’t have these rules and decided to do “whatever we want,” we would go down in flames, it would be chaos.

When doing whatever we want we may feel like we are free, but really we are bound to our sin in those moments. In the midst of our want to be independent as an individual is a need for community, it’s how God created us. When God created humans he said, “let us” create them in our image. God had community already within the trinity, and with us being made in his image, we also have a want and need for community present within us.

A Want to be Independent and Conquer

However, the want for independence goes deeper than just wanting to do whatever we want.

Last summer My family went to a beach house for vacation, and I found myself having a lot of alone time in my room. My room was in the basement, so I was away from my family when I was in my room.

I found myself having a growing temptation towards looking at things such as pornography on the internet. The temptation grew into a habit over the time we were there, and the habit grew into a struggle to stop myself, an obsession with my sinful desires. My heart was racing as I began to beat myself up with guilt on the inside, but for a long time I didn’t have the courage to tell my Dad, my friends, or ask God for help.

Not only was I scared to tell my Dad or ask God for help, not only was I scared of the disappointing look I imagined on their faces. I also had a want to conquer my sin on my own, and do it by myself, to prove to myself that I was strong enough to resist this sin. But as the struggle grew I slowly realized I couldn’t do it on my own, it was a hard truth for me to accept, but I realized that the sooner I accepted the truth, the better.

Towards the end of our trip to the beach I prayed and went to talk to my Dad, that was a big step for me. I told my Dad that I knew I wasn’t strong enough and I needed him. I prayed and told God I couldn’t do it on my own, and when I arrived back in Thailand, where my family and I live, I talked to some friends about my struggle.

But as disappointed as my Dad may have been, he loved me more, seeing that reaction really encouraged me, the fact that my Dad didn’t love me any less because of what I did, and that God didn’t either was one of the most comforting feelings I ever had.

The point is that I needed community to help me, to strengthen me, and to remind me to stay away from things like that. I needed my Dad to set restrictions on my electronic devices in order to keep me away from temptations on the internet, I needed my friends to check up on me every once and awhile, and I needed to know God had forgiven me.

Just the other day I shared a little bit of this story with my seventh grade bible study that I co-lead. I told them that one way to avoid compromising their beliefs and fight temptation was to tell people around them about their struggles and build a community of people they trust to help them through their struggles.

I highly encourage anyone struggling with any sort of temptation to do the same. The first step is confession to God and to a mature friend or adult that can help you and pray with you. Being the one to tell my Dad instead of being found out really helped me grow. In the end of all of it, I realized I needed a community around me. As humans created in the image of God we all need community.

A Call to Community

Not only are we created with a need for community but we are also called to community.

“We proclaim to you what we have seen and heard, so that you also may have fellowship with us. And our fellowship is with the Father and with his Son, Jesus Christ.”

In this passage John doesn’t simply call us into fellowship with just God, but with all of the Christian community around us. Notice the bold words, “we proclaim,” “we have seen,” “we have heard,” “you also may have fellowship with us,” “our fellowship.”

We are called into fellowship with the Father, the Son, and the Holy Spirit, which is great on it’s own, but also called to be in fellowship with a whole community of believers around the world. We can’t let our human want to be independent get in the way of our relationship with God, we must build a community around us formed with people we trust, a community that will keep us from compromising our beliefs.

We were created for community, not to live alone, but to grow together.

is a 15 year old, Third Culture Kid, and a high school student living in Asia, specifically Thailand. He is passionate about sharing ideas, and more importantly the gospel, whether it be through writing, music, or sports he want's to bring glory to the kingdom.