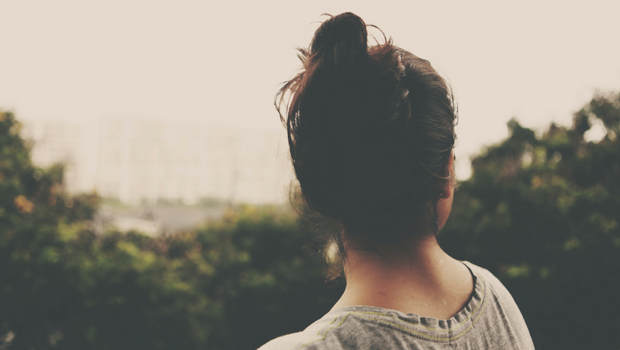 When I was younger, I remember everyone being held to the same rules.

My classmates, for the most part, went to church, whether or not their families were actually believers. Their parents made sure that they didn’t cuss and that they finished their homework. Modest dress codes were rarely broken. Nobody thought it was cool to smoke or drink.

As nice as it would be if this stayed the same throughout our lives, things start to change when you reach middle school; and they only escalate from there. The older we get, the more blatantly we encounter the sin in other people’s lives.

Most teenagers don’t respect their authorities, and a lot of the time, all they care about is instant gratification. Their parents are less concerned about them staying “pure little kids,” and some hardly blink an eye when their children go off to parties and come home early the next morning.

The friends I used to agree with on all moral issues now think it’s fine to drink, have immoral relationships, and sin in general.

We are called to be friends with people who don’t know Christ as Lord. When Jesus was here, he ate with tax collectors and sinners. He knew the messy side of people. He saw the ways that they swindled, lied, drank, and committed adultery.

But sometimes I wonder how he dealt with it. How could the perfect God of the universe feel love instead of anger when the people he cared about made the wrong choices?

If you’ve ever been friends with a person who doesn’t have the same beliefs as you, I’m sure you’ve felt frustration with those differences. I remember, on one particular night when I laid down to go to bed, I prayed: “Dear Lord, help my friends to stop doing bad things! Help them to see how much it hurts them, and how it affects others, too!”

I was angry because sin was ruling my friends’ lives, and I knew it was wrong.

I was angry because I could see so clearly the reasons why what they were doing was not okay, and for some reason, they couldn’t get it, even when I explained.

But through this anger and frustration, God began to speak. Slowly, he helped me to realize that I had been focusing on the wrong things.

The world teaches us that happiness is the ultimate goal in life. Knowing my friends’ pain, I had wanted so badly to make them happy that I had forgotten my real purpose in their lives. The purpose I had been trying to fill was covered in a convincingly Christian-sounding idea: “get them to stop sinning so they’ll have better lives!”

It seemed really good. Godly, even.

Then, I examined it more closely. And I realized I had been hoping to help change morals, not hearts.

I had been working according to the hidden (and very wrong) idea that sinning less was more important than being saved from the sins we have already committed, and will inevitably continue to commit.

When God changes our hearts, we are prompted to hold to his Word and what he says is right. Before that, we are blinded to the truth.

On numerous occasions, I had talked to my friends and explained to them – very logically, in fact – what I knew was best for them. This is not a bad thing. In fact, I would encourage it. But I also would not expect a good response, and I certainly would not put it at the forefront of my agenda as a friend to a nonbeliever.

You see, when people are blinded to God’s truth, they are prevented from understanding some of the simplest things. God shows us this many times throughout His word, but I had forgotten that it still applies to us today.

It’s necessary to do your best to keep your friends from harm and from harming others. But it is essential that we remember our ultimate goal is to be an ambassador for Christ, and allow him to work through us to bring new believers into his family.

If our secular friends’ eyes are opened, they will end up under the same law as us. Until then, it will only cause frustration if we expect them to live under a moral code created by someone whose existence they don’t acknowledge.

This does not mean that they aren’t sinning. It definitely doesn’t mean to participate in their sin.

We simply cannot forget that sin does not end unless Jesus returns, or death takes an unbeliever from this world.

God has a lot of amazing testimonies planned out.  Those of people with troubled pasts are something I’ve seen him use again and again to further his kingdom. Sometimes, a person rejects Christianity, even well-presented, multiple times before coming to faith. Often, people do a lot of really sinful things before they ever repent.

So do not be disheartened! God has a plan, and we can rest knowing that it is good.

Our job is not to figure out how to fix people’s lives, and it’s also not to keep our secular friends from sinning. We are simply to give God control, and let his truth shine out in our lives.

I was once encouraged by a youth leader at my church to pray for conversations about Christ with unbelieving students at my school. It’s something I do to this day, and I would encourage you to do it as well.

But I would also caution you, in the same way that my leader did.

“Pray for strength, too,” he said. “And make sure you’re ready to let God work. Because he hears those prayers, and he will bring you those conversations.”

is a seventeen year old girl working on her highly stressful career at a public high school. Although she gets little sleep, she enjoys every second of band, choir, pole vault, and cross country that her school can provide. During the summer, she stays on her toes by sharing the love of Jesus with children of all different colors, lives, and homes in several places across the U.S. and her hometown.