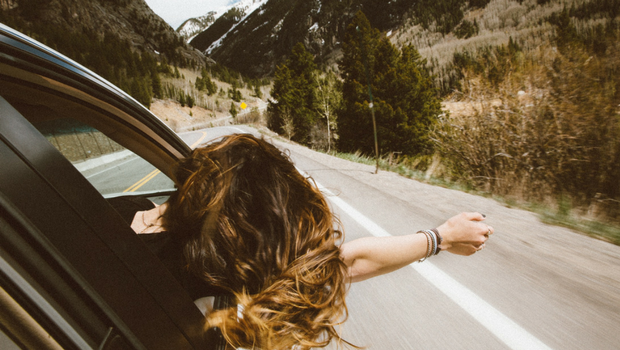 Deny it; you won’t. Empowerment is that sense of euphoria you get when you walk out of the gym after a somewhat decent workout. It’s the way you feel when you’re listening to one of those pop songs that everyone hates, but you secretly love because it makes you feel like you’re walking on the moon. And it’s that feeling of empowerment that can lead to the kind of dream world idealism that drops off into depression and anxiety because, well, the real world doesn’t give you points for feeling empowered.

I’m nearly done with Andy Crouch’s Culture Making, which features a chapter entitled “Why We Can’t Change the World.” Up until I actually read the chapter, I’d thought that the author would give me a pep talk, like, hey! We can change the culture! If we just make good movies and music and books, then maybe we can turn the tide! The first few chapters seemed to reinforce this belief (maybe I just wasn’t reading closely enough), but as I neared the latter third of the book, I could feel my delusions being turned down with gentle gravity and replaced by a sense of disappointment. And relief.

Here’s a particularly poignant passage that stood out to me:

“Changing the world sounds grand, until you consider how poorly we do even at changing our own little lives. On a daily basis we break our promises, indulge our addictions and rehearse old fantasies and grudges that even we know we’d be better off without. We have changed less about ourselves than we would like to admit. Who are we to charge off to change the world?”

Crouch explains that we’re all culture makers and so, in a sense, we do change the world bit by bit through what we do and create. But scale-wise, the culture we make often doesn’t exceed the bounds of our own immediate circles, and in fact, during the course of our lifetimes, we absorb more than we make.

He finishes with this:

“If our excitement about changing the world leads us into the grand illusion that we stand somehow outside the world, knowing what’s best for it, tools and goodwill and gusto at the ready, we have not yet come to terms with the reality that the world has changed us far more than we will ever change it. Beware of world changers–they have not yet learned the true meaning of sin.”

That was where the disappointment kicked in, but also the relief.

As a seventeen-year-old almost-college student nurtured in an overdramatic cyberspace where accounts I follow tweet empowering things on the daily and blog authors report rags-to-riches success stories, I wholeheartedly buy into the fantasy of world-changing. I’m self-aware enough to know that I’m buying into one, but too in love with it to care. Don’t we all? Don’t we all want to feel like we’re making an impact, with legions of people tracking our every move and thought? Don’t we all like to feel like our thoughts are God’s gift to the universe?

I’d like to think that I could change the world, but when I face the cold facts, I’m just a small teenager in a sea of seven billion, and what I do has very little impact on a grand scale. I might be able to make a dent in my world. Or alter someone else’s. But changing the world? Impossible. And writing things for the sole purpose of shaping the world into what I think it should be only weakly disguises my attempts to raise my status from lowly human being to world-changing God.

And it sounds a little cynical, to scorn the well-meaning tweets and bits of pop theology that exist to make us feel good about ourselves. I don’t want to bash the encouraging aspect of those things. What I’ve learned is that cynics are just as idealistic as optimists are; that’s why they’re cynics, because they know the real world doesn’t line up with their illusions of what they think it should be. The way to combat overt idealism–and cynicism–is with humility and hope, but not hope in our own capabilities to make change, but in the One who gave them to us.

And thank God I can’t change the world. Because if I had the power to singlehandedly change it, or at least large sections of it, there’s a hundred percent chance it wouldn’t be better than it is now, mostly because in my heart of hearts, I’m not a good person. I’m capable of doing good things, but at some point my public persona would catch up with my private one and I’d fall and end up doing more harm than good.

So now, when I write things and put them on the Internet, it’s not so I can change the world–although I do want to influence the culture, and am thankful to have the power to do so in small measure. It’s to point to God, who is the only One who can truly change it to reflect what He created it for. There’s my hope.

I can’t change the world, but I can point to the One who can.

began writing at the age of seven, scribbling on sheets and sheets of notebook paper. Now she's a college student who pounds out blog posts, articles, and novels on her trusty Macbook. Eighties sitcoms make her laugh long and hard; Tori Kelly and Jon Bellion are her favorite musicians; and Ecclesiastes is her favorite book of the Bible. Find her on her blog or her YouTube channel.