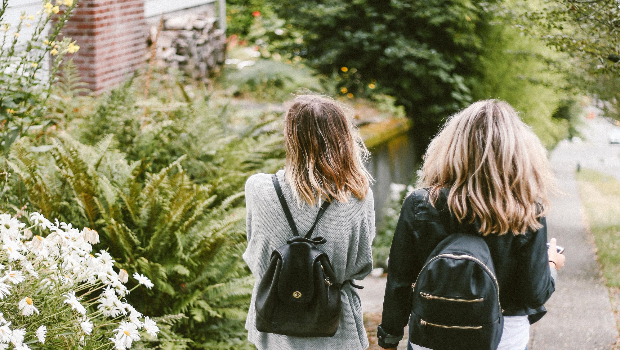 I wanted to make a difference; but I never knew how or if it would count, let alone matter to anyone.

When I was sixteen, I remember being out with my siblings and coming across a small, red, hardback book with a simple message on its cover. Do Hard Things. I read the back cover and after the first few pages, I was immediately convicted. I put the book back on the shelf, and left the store thinking I had wasted my teen years as I knew them.

After a major flood hit my hometown, I started to rewatch some of my favorite movies. All of them, surprisingly, had teenagers from different parts of history doing hard things. Two of them were Disney’s The Newsies, and October Sky. So what makes these two stand out from the rest of my “go to” movie picks? By this time I’ve read Do Hard Things cover-to-cover. So let me take you on a journey through history, and tell you the stories of these movies.

The year was 1899, and the streets of New York echoed with the voices of newsies screaming the headlines of Joseph Pulitzer, William Randolph Hurst, and other giants of the newspaper world. This movie introduction was the life of seventeen-year-old Jack Kelly and his newsie friends during what the history books would call The Child Labor Era.

Jack, his pal David, and the rest of the newsies (along with David’s siblings) formed a strike in an answer to Pulitzer’s action of raising the base price of the paper, in which Jack was viewed as the leader. All of which, as the movie portrays, was covered by the reporter of the New York Sun, Brian Denton.

Now let me take you to 1964 Coalwood, Virginia where coal is money and rocket science is frowned on. That is exactly what Homer, Roy Lee, O’Dell, and Quinten did. These four high school juniors, known as the “rocket boys” from Coalwood Virginia, decided to not only build a rocket off of Homer’s crazy idea, but to build it in a coal-mining town where rocket science was not the popular career route.

Inspired by the launch of Sputnik on October 4th, 1964, Homer and his friends not only launched their first successful rocket, but they also won both state and the Smithsonian science fairs even while facing obstacles and hardships. All as teenagers and while in high school.

Now, after reading the stories behind these great movies, you might be thinking that this can never be applied today. They can, and after giving it some deep thought, here is what I have come to:

They knew that they had to act on what they felt was right.

This played out in different ways. For the newsboys of New York, it was the events of the Newsie strike to bring the circulation back to where it was; for the rocket boys, it was the dream of being a rocket scientist, going out to space, and the idea that America, too, can orbit the earth.

They faced their obstacles head on.

Each movie had different obstacles. The Newsies faced the newspaper giants, the law, police, and the judicial system, on top of the other newsboys who just wanted to go with the way things were going to keep their own paycheck. Homer and his pals faced a coal-mining community, false accusations, and thievery during the Smithsonian science fair.

What about today? We can do the same thing. We can follow their examples not only as young people in the way that God has led each and every one of us, but with convictions and righteous passions despite the obstacles in our paths.

Please join me for the rest of the year and onward as we fulfill what God has called each one of us to do. And who knows? Maybe we’ll be written about in the history books as well.

is a 25-year-old young writer who doesn’t let her challenges stop her from achieving her goals. When she’s not working, hanging with her friends, holding conversations on the Young Writers Workshop Community, or going on "adventures" around her home town, she can be found at her personal blog, Across The Spectrum, and her co-authored blog, Writers Of Elysian.