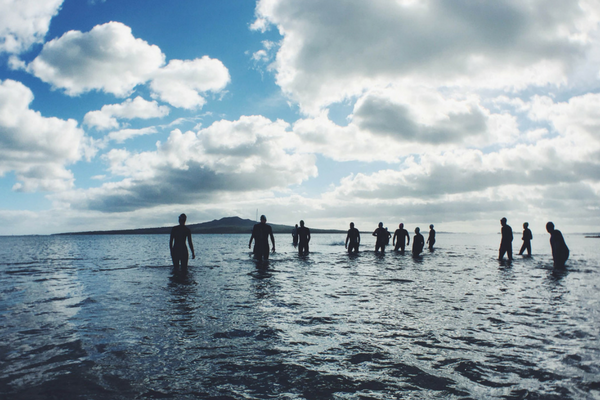 Have you ever wondered why God made you the way that He did?

I know I have. When I start thinking about all of my flaws and imperfections, it’s hard to imagine how He could possibly use me – or even love me, for that matter. I always think about how shy and awkward I am. I mean, what was He thinking? How on earth am I supposed to witness to people when I can barely hold a simple conversation?

Like I said before, I am shy, and for a long time I have struggled with this. In fact, I still do. I wanted to be like everyone else. I wanted to be the cool, outgoing one of the group. But I never was, and I think it’s safe to say that I never will be. I tried, many times actually, but to no avail. I tried to fake it – you know, fake it ‘til you make it? – but as it turns out, keeping up an act is exhausting and it never worked out. And you know what? That’s okay. Because I am clearly not supposed to play that role.

Everyone has a Different Role

Everyone has a different role in the body of Christ. We wonder why we are different from everyone else. We ask, “Why can’t I do that as well as she can?” and, “how come he is so much more outgoing than I am?” The truth is, you are meant to be different. If we were all outgoing and talkative, who would sit down and listen to the brokenhearted? On the other hand, if we were all quiet and reserved, who would reach out to those who are lonely?

“For just as each of us has one body with many members, and these members do not all have the same function, so in Christ we, though many, form one body, and each member belongs to each of the others.” (Romans 12:4-5)

We have to have both so that all the needs are covered. Sometimes you need to hear a pastor preach a sermon, but other times you need a friend to sit down and have a heart to heart talk. If everyone had a heart for missions, who would take care of those in our own community? If everyone took care of the homeless then who would disciple the rich? God made each of us with a different purpose, and he equipped us with the skills and the passion to fulfill that purpose.

The Body Working Together

Maybe someone would be touched by her song, but not by an article I have written – or maybe it’s the other way around. God takes everything that we have to offer and puts it to use. Especially when it’s something that not everybody can do. The beauty of the body of Christ is fully apparent when all of the parts work together to further His kingdom.

“Just as a body, though one, has many parts, but all its parts form one body, so it is with Christ. For we were all baptized by one Spirit so as to form one body – whether Jews or Gentiles, slave or free – and we are given the same Spirit to drink. Even so the body is not made up of one part but of many.

is a 17 year old homeschooler who loves the Lord with all of her heart. She is an avid reader, enjoys writing, watching Netflix, and loves a good rainy day. Sydney also loves hiking, camping, and most outdoor activities. She dreams of owning a farm one day and running an equine therapy program for special needs kids. Above all, she hopes to fulfill the Lord's purpose for her life and make a difference in the world.