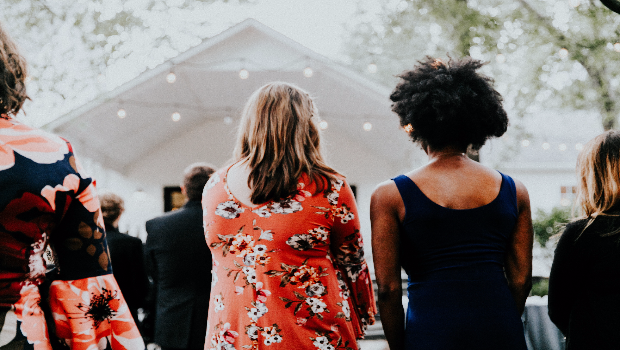 Why are you here?

By that I mean, what’s your purpose in life – for what reason are you alive? To grow up? To obey the rules? To go to college? To work for a few years and then retire? To have fun until you’re too weak to go on? To die? Or as a Christian, to say the sinners’ prayer and then try your best to follow God’s rules? Is that why you’re here?

Why are you here?

Growing up, first in a small church, then in a large mega church, I’ve met my fair share of people who would call themselves Christians. But as time went on, I began to notice something interesting in most of the other students I met. Whenever I asked them what they wanted to do with their life, their responses were… puzzling, to say the least.

“I want to be a such-and-such”, they would say. Or, “I’ll be going to Somewhere State University when I graduate.”

This might not seem that strange to you, but it does to me… not because of what they said, but because of their reason for saying it. It’s that a lot of times these things they said actually did sum up their focus in life. To them, life was really just about growing up, getting a job and living the way a “Christian” should. That’s just how they lived. But I’ve been thinking… is this really how we’re meant to live? Is this really what God wants for us?

Let’s take a look at what God’s Word says about this question. If you have a Bible, do me a favor and grab it for me. (If you don’t have one, you can access an online one here). Once you’ve got it, open it up to the Old Testament book of 1 Samuel. Now, turn it to chapter 3… we’re going to be digging into verses 1-10. Take a minute to read the passage and then we’ll take some time and talk through it!

So, in this passage, this kid named Samuel is serving at the Jewish temple (think: intern), under Eli – the head priest. He’s going around taking care of his daily responsibilities and then finally heads off to bed. But then something weird happens. In the middle of the night a voice wakes him up, calling his name, “Samuel!” He runs over to Eli, thinking he must have called him. Eli shakes his head and tells him to go back to bed. Samuel, not sure what’s going on simply shrugs and goes back to back.

But the voice returns and Samuel quickly goes to see Eli once again. Probably annoyed from having to wake up twice now, Eli sends Samuel to bed… again.

But the voice was persistent! Samuel hears it a third time and goes to Eli again! About to send him back to bed, suddenly a thought pops up in Eli’s mind… maybe Samuel isn’t just hearing things. So, Eli tells Samuel it’s the Lord and to go back and listen.

So, Samuel follow’s Eli’s advice and says to the Lord… “Speak, your servant is listening.”

What’s so special about Samuel’s response to God’s voice? And besides, what’s it got to do with us and our purpose in life?

Samuel’s response shows us two extremely important insights that we need to have if we’re to truly understand God’s will for our lives. Let’s take a look!

1. We need to be actively listening

We see here that Samuel’s response is entirely centered around God speaking and Samuel listening. So many of us are not willing to stop what we’re doing and listen for God’s direction in our lives. For many of us, it’s almost as if our lives are split into two categories: our Jesus life and our real lives. Have you ever thought about taking the practical choices in your life and looking at them through the lens of God’s direction? Have you considered going to scripture about your college choices? Have you thought about praying about your romantic relationship? Have you pondered going out and applying your church’s Sunday sermon to the way you handle your finances?

2. We need to position ourselves as servants

Something we may have the tendency to skip over is the way Samuel describes himself in his relationship with God. Notice he doesn’t say, “Speak, I’m listening.” Instead he says, “Speak, your servant is listening.” Understand, this isn’t just some formal way of saying that he’s ready to hear what God’s saying. No, it’s a phrase that’s rooted directly into an attitude of complete surrender to God. You see, not only was Samuel listening, he was pre-surrendered to doing what God wanted him to do.

Have you ever thought about that? Being pre-surrendered to God?

Most of us, if we’re really honest about it, want to hear what God has to say, but also want to decide afterwards if we really want to do what He says. It’s like we’re saying, “God, let’s get your input, but I’ll make the final decision.” It’s the attitude that God is the adviser, but you’re the boss. If we really want to hear anything from God, we got to have the attitude of a servant, where God is the boss and you are the servant. That’s what it means to be a disciple – a true follower of Christ, not just someone who identifies as a “Christian”.

Are you a servant?

So, to answer the question, is the “Christian” life we see day in and day out at church meant to be our purpose? Are we just here to live, get a job, do some Christian religious things, and die? Is that what we’re here for?

No. As we saw in Samuel’s humble response to God’s call, true Christ-following purpose is found not in just coasting through life – but in complete and total surrender to God and his leading.

So here’s my challenge for you: are you willing to make that radical shift from coasting to complete and total surrender? I promise you, you will never regret it!