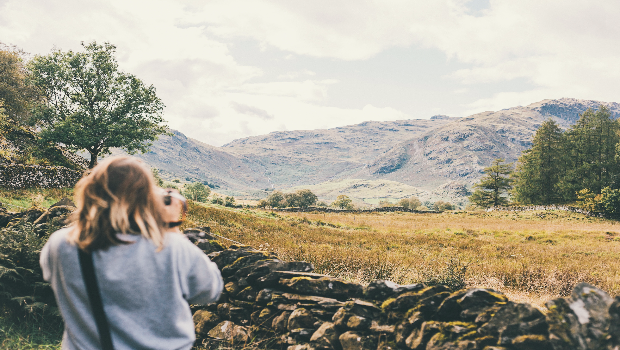 Imagine your nation has not had a king for hundreds of years. No king, no kingdom. But ancient prophecies from the past stir hope for the future: a king is coming, and he is bringing a kingdom with him.

This is where the Jews find themselves when Jesus, the promised King, arrives. Throughout his three and a half year ministry, Jesus proclaims the kingdom of heaven “is at hand.” When Jesus says the kingdom is “at hand”, he means it’s coming. Buckle in your seatbelts because it’s right around the corner.

Before the kingdom arrives, the King gives a kingdom crash course. This crash course is a description of day-to-day kingdom life, a snapshot of how to conduct yourself in the kingdom. Now imagine you’re sitting at the King’s feet in anticipation as the crash course begins. You can already envision the victorious kingdom and the restored throne of David. But the more you listen to the King, the more you get confused about the kingdom.

The King says, “You know when people don’t respect you as someone created in the image of God and try to degrade you? You know when you get persecuted? During those times of suffering… rejoice!” You’re left scratching your head, trying to figure out if you missed a key word. Those who find joy in suffering are blessed? Those who think they’re insignificant are the greatest in the kingdom, while those who think they’re significant are the least in the kingdom? What kind of kingdom is this?

The crash course is also known as the Sermon on the Mount.

The King’s crash course starts with a list of promises about the kind of people who will be blessed. Next, He takes an unexpected turn: not only are his people blessed, but they should be a blessing unto others, a blessing to the world.

The King takes this concept of blessing the world and calls it being “salt and light”. Being a light makes sense, but what does it mean to be salt? Salt is a preserving agent, used to prevent rot and corruption in food. The King uses this imagery to say: “Be enemies of decay, hold off corruption, preserve what is good and true.” In other words, be a positive influence. But the King’s next statement is quite confusing:

”You are the salt of the earth, but if salt has lost its taste, how shall its saltiness be restored?” (Matthew 5:13)

The Sermon on the Mount is incredible: it reveals not only how to live in the kingdom, but also what that the distinctive, set apart, salty life looks like. We love our enemies, give to the needy, lay up treasures in heaven, refuse to be anxious, and treat others the way we want to be treated. We are shockingly different from the rest of the world, and the world notices the light, sees the lights, and wonders where the light comes from.

Transformed and empowered by Jesus’ grace, you too can live the salty, light-shining life. The description of kingdom life in Matthew chapter 5 to 7 can be the description of your life. And when the world sees your light, I pray the King’s light in you will draw them to worship the King’s glory.