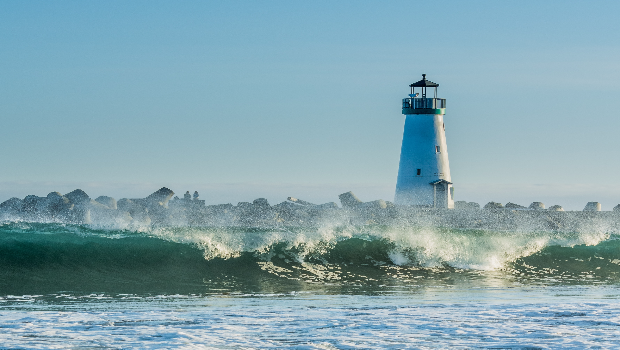 When the going gets tough, where do you place your hope? Or when life is great, and times are good, what makes you confident about the future? I want you to think about that for a moment – because today we’re going to be getting into a story about hope. Or, more accurately, misplaced hope.

If you have a Bible, do me a favor and turn in it to the book of 1 Samuel, Chapter 4, verses 1-11. Before we continue on, I’d like you to read through that for me, so that once you’re done, we can walk through this story together…

A couple months ago, we left off with little Samuel waking up in the middle of the night to a strange voice, calling him by name. Well, today, we’re continuing on in that story.

By now, Samuel has grown up and has been following the leading of God in his life in the nation of Israel. But not long after Samuel begins his adult ministry, war breaks out between Israel and one of its neighboring countries, the Philistines. Having grown accustomed to these types of wars, the armies of Israel march out to meet the Philistines in battle.

But something they did not expect happens: they lose the battle, and four thousand people die.

This causes great panic in the Israelite camp. “Why did God let this happen?” they ask. But then someone has an idea, “I know”, he says, “Let’s bring out the Ark of the Covenant – that thing Indiana Jones found in the desert not too long ago. That’s what God uses to show his power around here. Maybe it will save us!” The people look around and nod their heads in agreement, “Let’s do it!”

So, now the Israelites are stoked. “Time to get back at these pathetic Philistines. We’ll show them. God will show them.”

So they go out to meet the Philistines in battle once again. And at first, the Philistines are afraid – but they fight anyway, and they completely obliterate the Israelite army – the Ark of the Covenant is captured, and tens of thousands of people die. And the few remaining survivors flee back home. Hope… has failed them.

Wow. What a horrible way to end a story! Couldn’t it have worked out happier for the good guys?

Well, if this was just a heroic legend or ancient myth, then that’s exactly what would have happened – because that’s what always happens at the end of a movie. But this is history – in other words real life. And real life doesn’t always work out the way we wanted it to.

But there’s also an advantage to this being real life. And that’s that we learn from the mistakes of these people who actually came before us – even those who lived thousands of years ago. So, what can we learn from this story – what’s it even have to do with us, here, in the 21st century? A lot more than we think!

Think about it – where did the Israelites place their hope? If you said, “God”, think again! That’s right, the Ark. They believed that if they took the Ark into battle, that would cause God to fight for them. They believed that what they did would make God do what they wanted. They were trying to earn God’s favor. We have a word for this today – it’s called religion. That’s right, religion.

You see, all too many of us in the Christian church have it in our heads that even though salvation is through grace by faith alone (Ephesians 2:8-9), somehow God’s favor here on earth is determined by how good we are – what we’ve done. You see, without realizing it, we’re making the same mistake the Israelites made on that battlefield.

I’ve noticed this in my life personally with how I feel about myself at church each week. If I’m not careful, I’ll start to look back at how great a day or week I’ve had. If I read my Bible every day, helped someone change their flat tire, and didn’t fight with my sister, then I feel awesome – ready to worship. But if I didn’t have a great week, if I didn’t read my Bible, and if I say… kicked the neighbor’s dog, then I’m tempted to feel horrible, and I don’t feel close to God.

But really when it comes down to it, the bad things we’ve done don’t affect the way God sees us, because he’s washed them away on the cross.

And neither do the good things we do. After all, the Bible says that Christ’s works were credited to us as righteousness. That means that when God sees us, he sees someone who lived a perfect life, resisted every kind of temptation, managed their time perfectly, selflessly laid down their life for the world, and forgave the people who tortured them.

Do you really think how many times you read your Bible this week is going to improve on that? You see, when it comes down to it religious people put their hope in the things they do to gain God’s favor – and in the end, they’re always going to end up disappointed. But those who have relationship with God, put their hope in God – in what Jesus did that earned God’s favor.

So, here’s my question for you today…

Where do you place your hope?