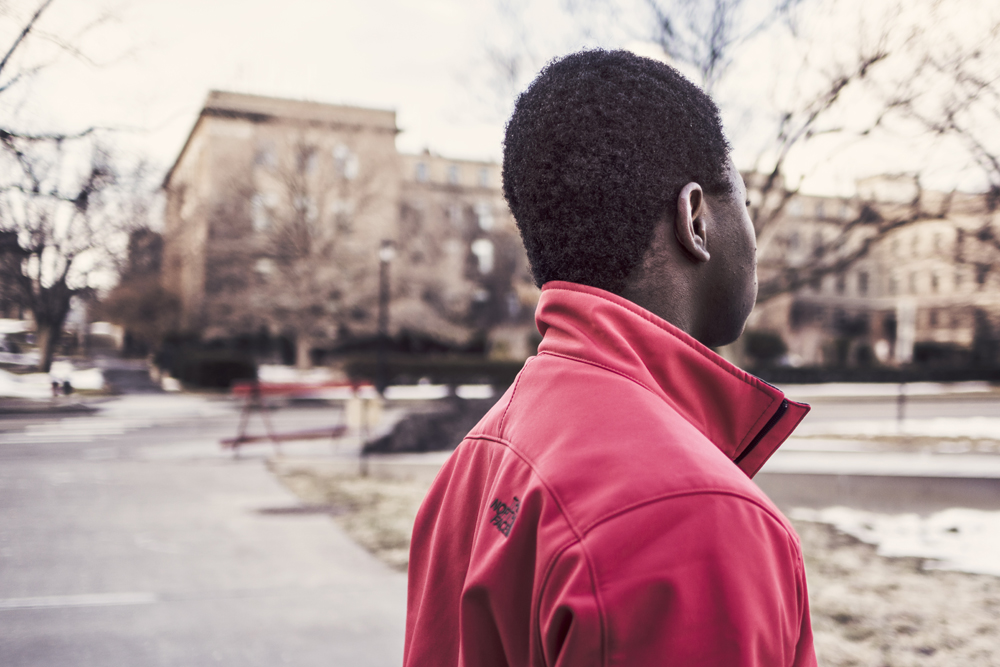 I’ve got a question for you guys:

Is it possible for young men to get through their teen years free from lust?

Or what about this: Is it possible for a young man to find such a deep level of freedom that if he saw an immodestly dressed woman getting harassed on the street, he would be able to help her without lusting or would it be too much of a temptation?

Or maybe he should run away, since she’s dressed immodestly.

After all, the Apostle Paul did say to “flee from sexual immorality” (1 Corinthians 6:18). Maybe we should all start living in actual man caves to avoid the temptation to lust?

Maybe it’s just simply too much to expect young men to live sexually free lives in 2018?

Coming of age in the lust-saturated twenty-first century where immorality seems to be everywhere–in our entertainment, at our schools, among our peers, even in many churches–it seems impossible for young men to survive their teens without major sexual compromise. And it gets even worse when it’s within the swipe of a finger on your personal cell phone.

I found that out when I was eleven and I spent the next three years in a miserable pornography addiction.

But praise God, I found freedom three years later and have been free for seven years. The best part is, you can too!

In fact, I would go so far as to say it isn’t a “given” that young men will fall into bondage to pornography or any other form of lust.

Jesus said “Everyone who looks at a woman with lustful intent has…committed adultery….” But how in the world do we get to the place where we can look at a woman without lust?

I have some advice which played a huge role in helping me break free from pornography, and I’m gonna share it with you.

But first we need to define what lust is, if we want to fight it.

Attraction does not equal lust.Lust is the corruption of attraction and delight. Love-based attraction seeks to protect, honor, and serve beauty. Lust says, “It’s mine; I deserve it; I will be fulfilled by it.”

Lust weakens. Every time we as men give into lust, we weaken ourselves in the battle to protect what is good and true and sacred.

Maybe this is where you find yourself now. You’re passionate to serve God with a pure heart and desperately want to move into manhood, or dating, or marriage, sexually free; but feel helpless. Maybe you’ve tried one hundred million other “steps” and “methods” and you still feel lust tugging at your heart whenever you see a beautiful woman.

How do we get past this? How do we get to the place where our attraction to the beauty of women doesn’t automatically lead to lustful thoughts?

It might seem counterintuitive, but we actually have to begin with simple trust.

1. Start believing you can have victory

One of the biggest lies a follower of the resurrected Jesus could believe is there is no complete victory over sexual sin.

Forgive my blunt expression but that’s one of the dumbest things I’ve watched Christians believe.

We may always wrestle against the temptation, but I believe with all my heart we can walk in complete freedom, even to the point of not even desiring lust.

What did Jesus die for if it doesn’t include victory over sin? Has God lost the power which raised Jesus from the dead? How much more can He deliver us from lust!

Jesus’s power is strong. His grace, endless. His victory, complete.

If Jesus can be raised from the dead, can’t the Gospel also free us from lust?

2. Take the problem of lust seriously

Lust isn’t a small issue. Jesus said whoever lusts after a woman in his heart has committed adultery (Matthew 5:28). In other words, looking lustfully at a woman is as serious as sleeping with her.

Furthermore, the Bible makes it clear no adulterer will enter the Kingdom of Heaven (1 Corinthians 6:9).

If we’re actively living in a lifestyle of lust there’s no two ways about it: We need to repent.

I’m not talking about wrestling against the flesh as a believer. If our heart are aimed at purity and living free in Christ, we’re not living the lifestyle of an adulterer. If we’re aiming at Christ, we’re saved.

But, we should take care of that lust before it consumes us and makes us slaves.

3. Admit your brokenness to someone trustworthy

Even if you have never been bound to a sexual addiction (and praise God if so!), you will still face temptation to lust.

No matter where you’re at in the journey, surround yourself with godly and trustworthy men who will lead you to victory without shame or compromise.

A man who will look you in the eye and speak truth while affirming your strength should be highly valued. It’s unlikely you’ll find freedom nor stay free without a band of brothers (even just one) fighting with you.

If you don’t have one, go find yourself a brother to fight alongside.

4. Find the wound and take it to Jesus for healing

Sexual addiction is almost always born out of pain.

In every guy’s life, there’s a moment when we first felt shame. Often, it’s a wound caused by our fathers. Not because they hate us, but because they’re imperfect. (We’ll do it to our own sons, as well.)

In our shame, we often look to sexual gratification to sooth our pain.

That wound is going to drive us toward addiction and keep us captive unless we find healing. In fact, we can take all the “Seven Steps to Freedom” courses and read every book about sexual freedom, but if we neglect the pain and leave the wound open and bleeding, we will continue to go from one addiction to the next.

I don’t feel equipped to tell you all the ins and outs of how to find healing other than to point you to some good resources which have helped me (listed at the end) and to tell you that wound is something you need to take seriously.

Find a counselor, a pastor, a wise friend, a book–something that will lead you into forgiveness and healing so you can walk in freedom and love. When the temptation to lust comes creeping, it will find no place to live because you no longer need it to soothe the pain.

I know emotional healing doesn’t seem like the immediate answer to a lust problem, but likely, that’s the first place you should start.

Lust and honor simply don’t coexist. You can’t say you respect women and turn around and willfully lust after them.

One question I’d ask any guy who is indulging in pornography is, “Why do you hate women?”

Lust, and most certainly pornography, is the violation of a woman’s individuality. It’s taking inappropriate pleasure in her beauty outside of the security and sanctity of commitment. Without unconditional commitment to caring, nurturing, loving and providing for her, you have no right to take sexual pleasure in a woman’s beauty (it’s the same for women too, but we’re talking about guys right now).

I heard a wise teacher once say lust is like saying “It would be good for me to have sex with that woman.” If you’re not married (committed under oath) to her, this is a lie and a sin and not worth a moment of entertaining.

My fellow young man: We are strong and that’s a good thing.

God has given us strength, not to fulfill our own desires, but to serve and protect others and spread the Gospel.

No matter where we’re at on the journey toward freedom, it can be found through Jesus Christ. Let’s believe in His power to free us, take lust seriously, admit our brokenness, seek healing in Jesus, and start honoring women like we mean it.

Here are a few resources which have lead me to deeper healing:

Wild At Heart by John Eldridge

Eyes of Honor by Jonathan Welton