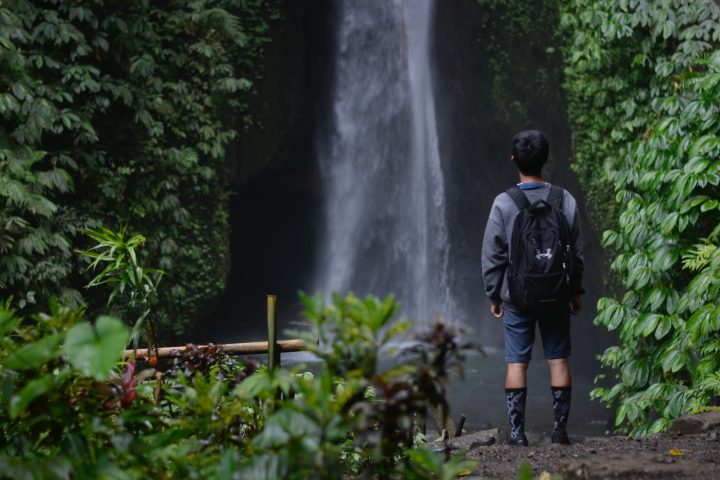 On November 17, 2018, John’s physical body was killed by arrows shot by the Sentinelese people from the North Sentinel Island, one of the last unreached people groups of the world. He had been carefully planning this trip since he was 18-years-old, and had taken every precautionary measure to ensure that he was prepared. He was well-aware that he could ultimately be killed. But he didn’t care.

When I heard about John, I have to admit that I was pierced to the heart. His life and legacy and the implications of such have been heavy on my mind since.  Why? Because John understood something, and he demonstrated his understanding through his actions.

John understood he had found a Treasure.

And he understood that this Treasure was worth living and dying for.

Before I go any further, please know that I’m broken as I write this article. This is one of the most difficult things I’ve attempted to write, for sure. Just a few minutes ago, I had tears fill my eyes and overflow to my cheeks. The thing that triggered my cries was the thought of all the different misconceptions surrounding the death of John Allen Chau.

This article is going to be controversial…I knew that before I even typed a word. My flesh resists writing it, but I know that what I’m going to say needs to be screamed from the rooftops to a generation of young people ready to listen–and then heed its call.

A Fool…or Wise Beyond Words?

As I write this, I realize that tomorrow John would have turned 27-years-old. There have been many opinions thrown around the internet and media outlets concerning John’s death and his attempt to share the Good News Of Jesus Christ. I’ve seen John called just about every name in the book and have heard multiple people (tragically, even some who claim the name of Christ) bellow out from behind their keyboards, “What a fool! Could someone be more idiotic?” and “Wow. Such a waste! All for religion, too…” (and these are the mild versions).

And as I’ve seen these “wise” comments be made, I’ve been forced to examine my own heart and ponder, “Are they right? Was John truly a fool? Was this a waste?”

John did live a short life here on earth, but I am thoroughly convinced that his life and death was not a waste.

John didn’t die for nothing.

He didn’t die for religion.

He died for a person.

John didn’t just know about Jesus Christ, he knew him. And because he knew him, John clearly understood Matthew 13:44 which says, “The kingdom of heaven is like treasure hidden in a field, which a man found and covered up. Then in his joy he goes and sells all that he has and buys that field.”

John understood that he had, as David Platt writes in his book Radical, “found something worth losing everything else for.”

He was willing to give everything because he grasped the truth that Jesus is Everything.

Yes, John’s life and death seem foolish to the world watching. That shouldn’t surprise us, especially since it says in 1 Corinthians 1:18-19 and 25, “For the word of the cross is folly to those who are perishing, but to us who are being saved it is the power of God. For it is written, ‘I will destroy the wisdom of the wise, and the discernment of the discerning I will thwart.’ …For the foolishness of God is wiser than men, and the weakness of God is stronger than men.”

So, I ask again, was John really a fool?

…Or did he get something that all of us should hope to have with everything that we are?

John’s story is remarkably reminiscent of the martyr Jim Elliot who wrote words that he, along with John, lived out well: “He is no fool who gives what he cannot keep to gain that which he cannot lose.”

Something (or Someone) Worth it All

“You guys might think I’m crazy in all this, but I think it’s worth it to declare Jesus to these people,” John wrote in a letter to his family, one day before his death. “Please do not be angry at them or at God if I get killed–rather please live your lives in obedience to whatever He has called you to and I’ll see you again when you pass through the veil.”

He continued, “This is not a pointless thing- the eternal lives of this [Sentinelese] tribe is at hand and I can’t wait to see them around the throne of God worshiping in their own language as Revelation 7:9-10 states.”

“I love you all and I pray none of you love anything in this world more than Jesus Christ.”

He signed his note, Soli Deo Gloria (Latin for “Glory to God alone”).

I believe that John would say the same things to anybody reading this article right now.

Are you willing to be a “fool” for that?

is a 20-year-old from Nashville, Tennessee, where she lives with her beloved parents and 4 younger brothers (whom she adores). Through her writing and music, she embraces sharing with the world her greatest love of all: her Messiah. She is passionate about believers worshiping in the fullness of both Spirit and Truth and making Jesus Christ their First Love.