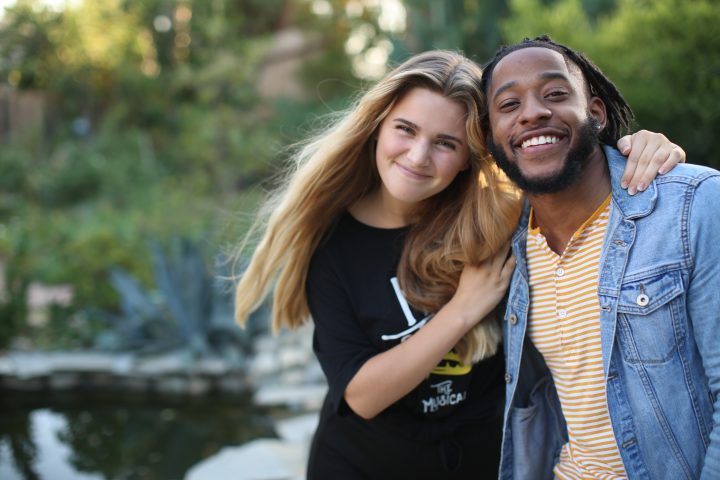 Anna Brown is 18 years old–and already recording and producing “His Story”, a musical that is based on the life of Jesus. How did a teen decide to write a musical that could match one of the most popular modern productions? It was a process that started several years ago.

History Has Its Eyes on You

In 2016, Anna went on a mission trip to Kenya where a friend introduced her to “Hamilton: The Musical”. After falling in love with the “complex lyrics and modern sound”, Anna wondered if the same thing could be done with the Bible. The idea grew and she soon found herself beginning the writing process for her own musical.

“At first my songs were kinda awful,” she said in our interview last October, “…but as I went along I asked God for strength and ideas, and they came and came.” Anna says that she was writing so fast that a few of her songs were written in less than two hours.

“The goal for this musical isn’t to make money. It’s not about that. It’s about Jesus.” Anna has a job writing books for her family’s publishing company, Thinking Tree.

Anna had to do more than just write and sing however; in fact, from casting roles to promoting the play, the entire project is full of jobs that push her far outside her comfort zone. Singing on stage and leading projects are both areas where Anna has had to be stretched and strengthened.

Although these areas brought about a lot of fear and uncertainty, Anna can see herself growing in the experiences. “Without fear, you don’t have the chance to be brave,” she says.

Anna also has Dyslexia, which makes her learning style very different from others. Yet thanks to the amazing team she works with, Anna says she is able to express herself fully, without being “bound by the limits”.

Anna relies on God to help her muster the strength to express her creativity and lead the cast that has so much faith in her. She gives God credit for everything she is and does, from her amazing musical talent to her goals and accomplishments.

Anna said later in our interview, “(I trust) in what God has said and, depend completely on His promises, even when it doesn’t make sense.”

We’re Not Throwing Away Our Shot To Make a Difference

Anna firmly believes in her ability to press on and grow in Christ. No doubt God, through this experience has (and will continue to) mold her into the strong and talented young lady that she is today.

We should all aspire to do things for the glory of God, even when it’s hard. We all have different interests and talents, yet God uses them to glorify himself and strengthen us.

Anna finishes her interview by saying, “Don’t be afraid to be different. Being like everybody else never made history.”

is an 18-year-old college graduate and published author. She is a swim instructor, tutor, and looks to writing and teaching as a career. She was an editor for the Tidepools 2019 issue and designed books as an intern at Thinking Tree Books, also writing poetry for both companies. She hopes to use her writing skills to share what she learns from studying the Bible and rich theology.