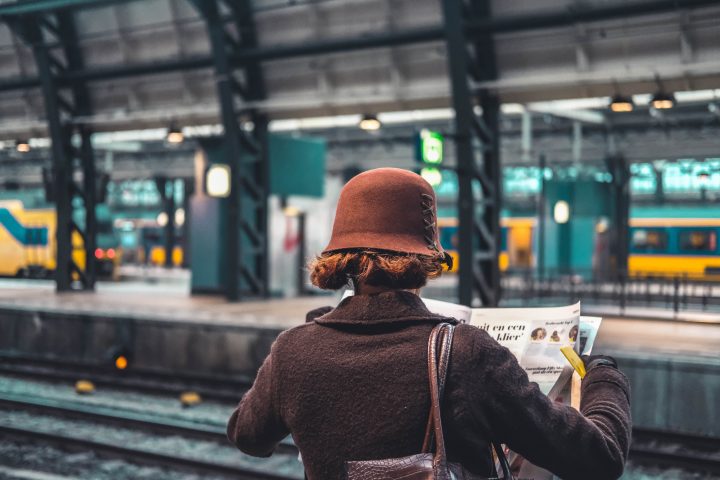 I turned 20 a few weeks ago, which means I’m officially no longer a teenager.

In some ways, I’m glad to have those years over, but I also know that I grew a lot during that time. My teen years were a period of growth and change. It was when I realized what my shortcomings were, and how to work towards overcoming them.

While I learned many valuable lessons as a teenager, three stand out:

How to be quiet

A group of my friends were all talking together a few months ago, and one was explaining to the other what he should do to stop always being the brunt of jokes. At one point he said something that took me completely by surprise. “You just talk too much. You should be more like Jenny. When Jenny talks, you know it’s because she has something to say.”

When I was young, I had always been too talkative. I’m the only extrovert in my family and often one of the few extroverts in my friend groups. As a result, I felt like I had to hold up the conversation. It was also a pride thing, as I had always assumed that what I had to say was the most important and added the most value to the conversation–even when it didn’t.

When I realized that people didn’t always care about what I had to say, I was hurt. I didn’t want to say anything at all. I felt silenced. It’s been a journey from that point to get to where I am now, and I still have a lot of growing to do.

Yet looking back over my teens years, I can see how now I’m much better at recognizing when I’m talking too much and dominating conversations, and I have an easier time sorting between things that are and aren’t beneficial to the conversation.

The importance of kindness

My first term of college, I sat by a girl who was quiet and shy and came across as really awkward. One day I talked to her and she asked me if I wanted to be her friend. I didn’t, because I thought she was weird, but I didn’t know what else to say, so I said yes. I had a few other classes with her after that. She would always sit beside me, and I was always embarrassed to be seen associating with someone that I considered to be so odd.

I considered just avoiding her completely, but when I mentioned that idea to my mom, she insisted that I be kind to this girl and be her friend, even if I was afraid it would make me weird by association. So I made an effort to be kind to her.

A year later, after not having seen this girl in a year, I met her in the hallway. “Oh Jenny!” she said, “You’re just the person I need right now!” She proceeded to tell me that her coworker had died, and her family was out of town so she was at home all alone. I did my best to comfort her and even had the opportunity to pray for her. If I hadn’t made the effort to be kind earlier, I may have not had the chance to share Jesus with her in her time of need.

It’s always been hard for me to be kind to people who are different, the ones that aren’t cool or come across as weird. I care too much about my own image, and I get scared that other people won’t want to spend time with me because I’ll become weird by association. It’s been a process for me to overcome those fears, and to befriend people anyway. When I make that effort to be kind to people who aren’t the cool ones, I find that it’s always worth it.

I can’t do everything

When I asked my mom how she thought I had grown in my teen years, this was what she mentioned. I’ve always been an active person, and I take pride in how much I can do. I love being busy. This, combined with an intense fear of missing out, had me saying “Yes” to every opportunity that crossed my path.

The downside to this is that I have a bad habit of going and going and going without stopping, until I hit a point where my world comes crashing down around me. It’s not a good system.

My problem was this: I had my identity so wrapped up in the things I did that I wasn’t willing to say no to anything. In my head, my worth lay in what I could contribute to the world, and the more I did the more I was worth. I was doing as much as I could and then crashing and doing nothing. I would feel worthless, because I couldn’t do it all.

Eventually, I realized that this system was hurting me more than it was helping he. I learned to prioritize and let things go. I learned that I was more than the things I did, and I still had worth, even when I said no to a few things.

As I thought through these lessons, as well as many others, I noticed that the things I discovered during my teen years were what my own shortcomings were, and how to go about fixing them. I learned that I talked too much, that I judged others too harshly, and that I overextended myself because of a misplaced identity. When I realized what my shortcomings were, I could actually start to work towards fixing them. My teen years were a rough time of growth and change, but the things I learned made them entirely worthwhile.

is a 19-year-old college student from Harrisburg, Oregon. The things she loves most are Jesus and math (her major), and she dreams of being a high school math and science teacher. When she has spare time, which is not often, she likes to read poetry and play her ukulele.