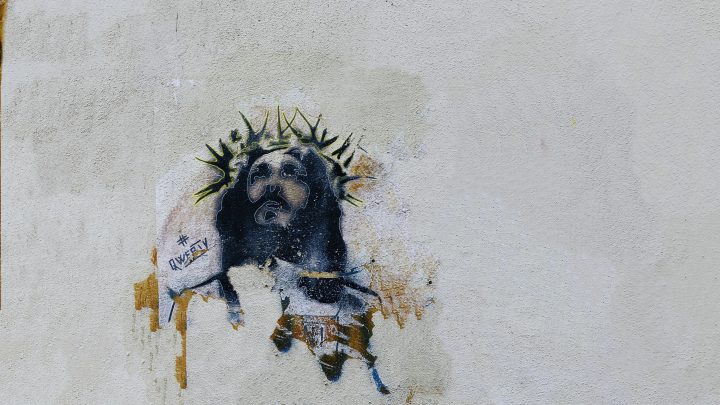 The bus was just four yards away. They were so close!

But between them and the vehicle stood a chain link fence topped with a coil of barbed wire. A Nazi soldier guarded the only gate. So close and yet still so far away!

Havilah bit her lip until it bled. When she didn’t it quivered. Her hands trembled too, so she tucked one into her pocket and Martha squeezed the other tightly.

“Take a deep breath, Havi.” Luke whispered into her ear. “He won’t even suspect us, unless you look scared.”

Havilah gulped a big breath of air and tried to breath out slowly, but it was of little use. Her body was afraid even though her mind told it not to be.

Luke leaned close to her again. “Just watch his face.”

Havilah’s eyes moved from the grey clad soldier onto a man who had just reached the front of the line. Carrying a small child in one arm, he fished through his pocket for their ID cards with his other hand. Finally, he found them.

He smiled at the soldier as he handed him the documents. How did he do it? Wasn’t he afraid?

With a nod and a wave, the guard motioned them on. Just like that they were through.

The line moved ahead and the children moved one spot closer to the Nazi soldier. Havilah’s heart was pounding so hard she felt certain the guard would hear it.

“Look at his face.” Martha whispered.

Havilah’s eyes moved off the guard once again and this time, all the way up to one of the windows of the bus. He was looking out through the pane of glass – right at her.

As soon as their eyes met, his face fell into an expression of fear that exactly matched her own. He was impersonating her–a fearful little girl, looking up at a stern guard.

He turned away from the window, then looked out again. Now he was imitating the guard, his brow furrowed, his mouth in a frown. He pretended to scrutinize an ID card. Then using just his hands and face, he transformed the guard into a little ant, who thought himself great and strong.

Finally, he returned to her and acted out her expression changing from fear into confidence.

Suddenly, the guard, his grey uniform, and the red, Swastika armband didn’t seem so scary.

Introducing “The Father of Mime”

Those who are familiar with mime, will recognize the name Marcel Marceau. For those who aren’t, this man is best known as “the Father of Mime”. He was an actor who specialized in this silent art.

Whether or not you have heard of Marceau previously, it may surprise you to learn that his first audiences were made up entirely of children.

Working with the French Resistance, Marcel Marceau smuggled Jewish children out of occupied France. He performed this task armed with a special skill–mime.

On multiple occasions, Marceau used his talent to entertain the children in his care. By doing so, he set them at ease in danger and kept them quiet at times when silence and safety went hand in hand.

At least seventy children passed through extremely difficult and dangerous situations by watching his face.

Christian, Will You Do the Same?

The story of Marcel Marceau and the children he rescued is an intriguing tale. It is also a timely reminder.

In the midst of trouble and turmoil, in times when fear seems natural, the Christian needs the same admonition as little Havilah did: “Watch his face.”

Like Havilah, we often stare at trouble and tremble in fear of what is to come. However, we too have a rescuer–a Savior–and our attention needs to be turned from the trouble onto His face.

Nothing catches God by surprise. Our Lord is never worried, fretful, or afraid.

At the moment, it seems like the entire world is looking at COVID-19, its spread and possible outcomes. Consequences to health, freedom, and economy loom over our heads. These things affect our lives now and, in one way or another, are likely to continue doing so in the days, months, and even years to come.

However, as hard as this may sound, we need to turn our eyes away from these things. As Christians, we are not supposed to focus on this world, or our circumstances and troubles. We focus on Christ and let Him direct our words, actions, and even our feelings.

An Admonition in Troubled Times (of any kind)

I’ve been thinking a lot about Psalm 2:1-4, “Why do the nations rage and the peoples plot in vain? The kings of the earth set themselves, and the rulers take counsel together, against the Lord and against his Anointed, saying, “Let us burst their bonds apart and cast away their cords from us.” He who sits in the heavens laughs; the Lord holds them in derision.”

This scripture depicts a pretty world-shaking situation–the kings of the earth plotting against God Himself, planning to rebel against Him. In the midst of this, we see the Lord’s response–the expression of His face, as it were.

“He who sits in the heavens laughs; the Lord holds them in derision.”

Our Savior is not surprised at election results. He isn’t afraid of Covid-19 or worried about an economic crisis. He isn’t stumped by any of the problems you or I will face. We don’t have to be either.

Instead of looking at the problem, let’s look at His face. His expression will show us how to respond in any crisis.

“For the Lord spoke thus to me with his strong hand upon me, and warned me not to walk in the way of this people, saying: “Do not call conspiracy all that this people calls conspiracy, and do not fear what they fear, nor be in dread. But the Lord of hosts, him you shall honour as holy. Let him be your fear, and let him be your dread.” (Isaiah 8:11-13)