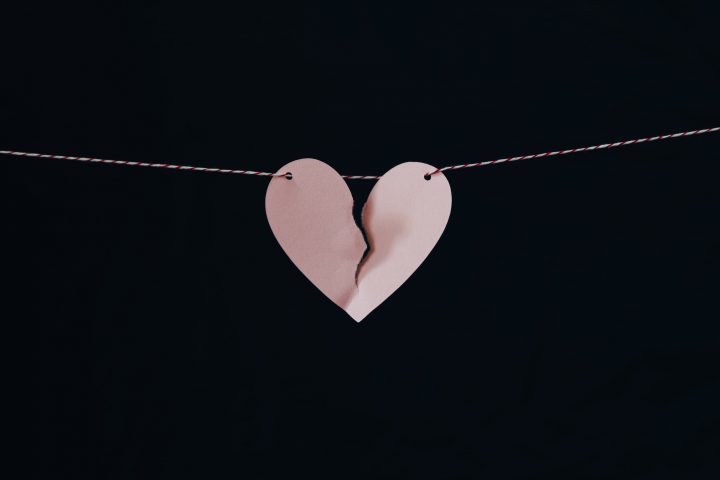 Editor’s Note: While sexuality is a healthy and important part of Christian life, we recognize we do have some readers who are much younger. This articles is not graphic, inappropriate, or explicit (nor would we publish anything that was), but some mature topics are mentioned. However, if you and your family haven’t discussed sex before, then take this as an opportunity to have a conversation with them before reading, and discuss the different messages presented by the world and by the Word about sex. God made every part of us–including our bodies!–and so as Rebelutionaries, we need to have a true and proper-for-our-maturity understanding of God’s purpose for sex and marriage.

“Why, Doctor, why do they tell you how to protect your body—from herpes and pregnancy—but they don’t tell you what it does to your heart?”

Olivia, a freshman who had had her first sexual encounter with a boy who then dropped her soon afterward, was in the office of UCLA psychiatrist Miriam Grossman, who saw students just like her every semester—young people devastated by the hookup culture. The university was so permeated by political correctness that Grossman wasn’t allowed to counsel students on right and wrong or even to discourage harmful behaviors. Grossman became so frustrated that she ended up writing a book titled, Unprotected: A Campus Psychiatrist Reveals How Political Correctness in Her Profession Endangers Every Student.

UCLA is not the only place failing to tell the whole story. The media pushes a one-dimensional narrative that sex can be purely physical, disconnected from any sort of personal connection. From articles in magazines of online sites, there’s many tips about sex–but so many of them fall short of the good gift God intended it to be. Have no doubt, you’ll run into lies like these in your life and in conversations with your friends. Will you know what to say? Will you know how to answer? Let’s see how each lie matches up to God’s truth:

Hookup Lie #1: It’s Fine to Use People for Sex

“When people are in a casual relationship, they are just ‘using’ each other for a physical need until somebody better comes along!”—”10 Essential Casual Relationship Rules You Need to Keep in Mind at All Times”

The secular script tells us that it’s okay to just use people’s bodies to fulfill our physical needs. Essentially it is telling us that we should not have to deal with people as whole persons. A college student named Alicia explains, “Hookups are very scripted… You learn to turn everything off except your body and make yourself emotionally invulnerable.”

But the promise of physical pleasure apart from personal connection is a lie. A writer named Jennifer Joiner writes, “I thought casual sex would be empowering, but it was the opposite.” She adds, “Between such dread, confusion, and pain, hooking up had made my life hellish.” Jennifer discovered the reality that we were made for sexual intimacy, not simply sexual pleasure.

“Right from the get-go, tell your sexual partners that you’re only interested in casual sex and have no desire to be in a relationship.” —”9 Ways to Protect Your Feelings When You’re Trying Out Casual Sex”

Hookup culture tells us that we should leave our emotions at the door in order to keep sex casual. One college student had a regular hookup partner but admitted that without alcohol, the two of them could not even sustain a conversation. She told New York Times, “We don’t really like each other in person, sober… We literally can’t sit down and have coffee.” This sounds like a pretty healthy relationship, right?

Casual sex fragments the physical and emotional parts of the person. Turning off this important part of you can have damaging, long-lasting results. Young adults find that it becomes ever more difficult to form deep attachments. Even when they want to marry, they have a harder time making a lasting commitment. A YouGov poll found that almost half of millennials have given up the hope—or even desire—for a monogamous relationship. This lack of personal connection is creating an epidemic of loneliness and heartbreak. As philosophy professor Anne Maloney says, “It is no coincidence that the top two medications prescribed for college students are birth control and anti-depressants.”

“It’s important to know that just because you are sleeping with someone, you don’t necessarily have to sleep over. It’s perfectly fine to leave an hour after you’ve arrived.”— “11 Rules For Keeping Casual Sex Casual”

To put this tip more clearly, don’t waste your time: Do what you need to do and leave. After a hookup scene in the Netflix series The Haunting of Hill House, one character asks the other where she is from. She replies, “What? We came here to do what we wanted to do. It’s time for you to leave.” Sociologist Mark Regnerus, in his book Cheap Sex, says a full third of young men have given up on dating and romance altogether: no fancy dinners, no courtship, no commitment. Hookup culture tells us that we should be able to walk away from the sexual experience as if nothing had happened.

But biology tells a different story. During sex, humans release a chemical called oxytocin. This is the same chemical released by a mother when she gives birth or when she nurses her baby. It is a chemical that stimulates an instinct for caring and nurturing, which is why it is often called the “attachment hormone.” So even when we think we are having a “no-strings attached” hook up, we are creating a chemical attachment—what sex therapist Theresa Crenshaw describes as “an involuntary chemical bond” with the other person. Even science shows that that emotions cannot be separated from the body.

The Truth: All Strings Attached

“Therefore a man shall leave his father and his mother and hold fast to his wife, and they shall become one flesh.”— Genesis 2:24

The hookup narrative I have been discussing attempts to make sex a cheap exchange of physical pleasures. The Christian narrative, however, is that we were designed with a purpose and should treat sex as sacred and powerful. Contrary to what hookup culture attempts to portray, the true Christian sex ethic is not anti-sex; it is pro-intimacy. Some people tend to think hookup culture’s view of sex gives sex too much importance. But in reality, it gives sex too little importance because it does not value sex apart from a purely physical activity.

The reason God created sex for the context of a marriage covenant is not to take away from the pleasure of sex, but rather to enhance it. God knows that sex is powerful! Sex has the power to bring a level of intimacy to a relationship that, without a firm commitment before God, could tear at the very fiber of our biology. However, in the context of a marriage covenant, sex creates an intimacy so close that those two people “become one flesh.”

Sex was never meant to be cheap. It was not meant to be experienced on a purely physical level, and in reality, it can’t be. You were meant to engage in sex as a whole person. If you have a friend like Olivia, whose heart has been broken by believing the lies of hookup culture, what could you say to her? First, we must reminder her that God is in the business of fixing all brokenness–including broken hearts and broken lives, and making beautiful stories to His glory. But we can also encourage Olivia and our other friends of the true understanding of sex. God created you to be a full person, and He wants you to have a fulfilling sex life. And in the context of a marriage covenant, you can experience sexual intimacy as a whole person—with all strings attached.

Is sexual hurt part of your story? There is hope, healing, and grace! Here’s some other resources on TheReb to learn more about this topic:

is a 22-year-old graduate student at Houston Baptist University where he studies Christian apologetics.