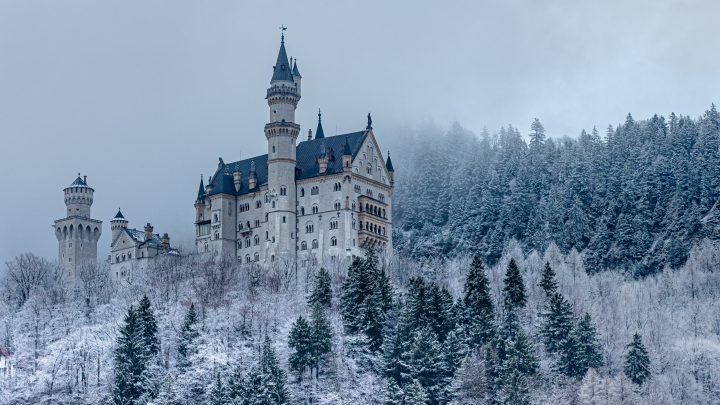 It was Narnia that started the whole trouble. As a little girl, I was mostly concerned with stories about puppies and ponies – not fantasy epics. Narnia was coy. It lured me in with promises of talking animals, then awoke in me a longing too serious for words. From then on, I knew I belonged to another world.

At first, I assumed it was a love of Narnia in particular. That wasn’t it at all. When I looked too closely at the Narnia books, the source of my longing eluded me. Perhaps it wasn’t a desire for Narnia after all. Maybe Narnia only just made me aware of what was already there. It gave me the Holy Grail I would hunt for the rest of my childhood. My noble quest led me through books and movies and music as I sought but never grasped my treasure. Always the longing stirred and shaped my soul. It forced me out of flippancy and made me dig into the true and lovely. Puppies would no longer do.

As my quest continued, I became frustrated that the Narnia books gave me little guidance for how to live in this world. The books started just before the characters fell into another world and ended just after they left. What about the in-between years, when the Pevensies were in dreary England? They must have been desperately homesick, trapped on the wrong side of the wardrobe. How did they bear it?

That was how I felt – not that I wanted to go to Narnia, but that I had already been and needed to return. My soul remembered, even if my mind did not. Here were children who had fallen out of a fairytale into the mundane world. Imagine what their peers must have thought. Did they think the Pevensies laughed a little too heartily? Took the world a little too seriously? Did classmates see a fey sparkle in the Pevensies’ eyes?

When I needed answers the most, C.S. Lewis returned to me. My freshman year of high school, I read “The Weight of Glory”. Everything came together in that essay. The relief was crushing. My longing isn’t unique – it’s the heaven-longing of every human torn from Eden. Lewis’s own early life was consumed by that same search for the bittersweet longing he called “Joy”. Now that I know the King I have always longed for, now that my homeland has a name, the longing has only deepened. I groan with Creation for the redemption of all things. My hope in Christ can wrench as keenly as sorrow.

Proclaiming Narnia to a Watching World

What can I do with this ache that won’t be eased until Christ’s return? I’ve come to realize the longing is a gift to steward well. The kingdom of heaven is at hand. My task is not to flee into another world but proclaim that Narnia is entering into this one.

My task is not to flee into another world but proclaim that Narnia is entering into this one. Click To Tweet

This “Joy” startles me awake to see where the Kingdom has already infiltrated this war-torn land. It makes me ready and willing to do the work of God. It gives me eyes to see whispers of the coming redemption in springtime, in feasts, in songs – all foretastes of God’s promises. As C.S. Lewis notes, it makes me see others as immortals and lays on me the burden of helping them to glory.

So here we are. There is good work to do on this side of the Wardrobe. Though we’re not all writers, we’re all given the same sacred duty C.S. Lewis was given. We are called to follow Christ’s example in proclaiming the coming kingdom and exhort the Church to continue in the kingdom’s work. The world is watching. Maybe, if we steward our time here well, they might catch glimpses of Narnia in us. They’ll see us live with sober minds and hearty laughter. Perhaps, in certain moments, they may even catch a fey sparkle in our eyes.

Genevie Roby is a high school senior who lives in Monument, Colorado. She’s passionate about storytelling, reading good books, and hiking her way through the mountains and forests surrounding her home. Above all, she's been redeemed by the blood of Jesus and lives to know him better.