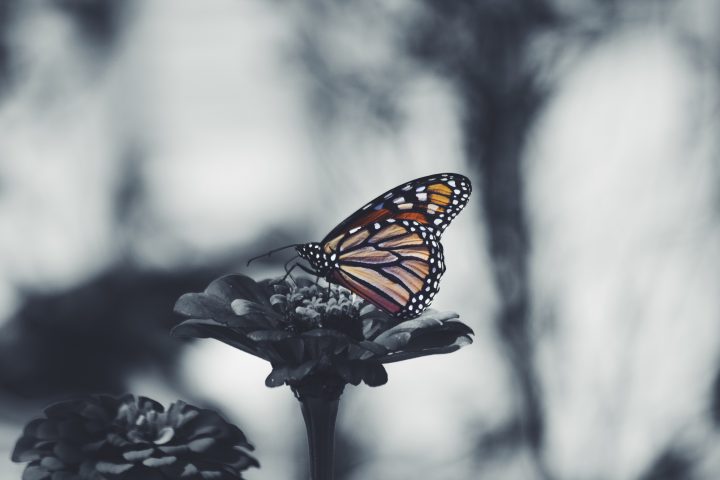 It happened so quickly, there was no way to know, no way to prepare…

“We’re going to wreck!” I shouted to my passengers. They were my younger sister, Roseanna and her friend, Nikki.

The car spun out of control on the wet road. It was hit by oncoming traffic. When it came to a stop, it burst into flames.

There I was, behind the wheel, reaching for the handle to open the driver’s door. Roseanna was in the middle seat, and Nikki in the passenger seat of our 1966 classic family car. Nikki couldn’t open her door, fear and panic set in.

Roseanna acted quickly, seeing a broken window in the back, she scrambled out of the car. Noticing that Nikki wasn’t right behind her, she turned around and went back for her. Nikki quickly followed as Roseanna led her out.

I opened my door. I was instantly ready to emerge from the car. I was held back. I forgot my seatbelt. As I went to undo the clasp, it wouldn’t release. I struggled as the flames engulfed the vehicle. It wasn’t coming undone!

Immediately after the words escaped my mouth, the seatbelt snapped. It was a miracle!

I re-opened the door and rolled out of the car; I was on fire. Instantly, there were people surrounding me. Someone used his jacket to put the flames out. EMTs were there to transport me to the nearby ambulance where I was taken to the local Emergency Room.

A Change of Plans

When my parents arrived at the hospital, they were told I was burned over 75% of my body, Roseanna was burned over 30%, and Nikki had a burn the size of a quarter on her hand. The doctors shared that both Roseanna and I had life-threatening injuries, and I had a 1% chance of surviving the night. We needed to get to the state burn hospital ASAP, but a storm that night grounded the helicopter necessary for our transport.

Instinctually, Mama started praying as the doctors did their best to care for us. Soon, the clouds parted giving us just enough time to be flown to the burn hospital. I woke up the next day with a tube down my throat, my parents hovering over me with questions and information.

Roseanna stood in the doorway, reassuring me that she was okay but had to stay away to prevent infection.

I was seventeen, and Roseanna was fifteen years old when the accident happened. We had two other siblings at home, our sister Christina, fourteen years old, and our two-year-old brother, Clay. We had grown up in a Christian home. I had recently recommitted my life to God after trying to do things my way for a while.

Then, everything changed…for all of us.

Now, I would see if my faith was real. What kind of person would I be when hard things happened? Would I allow anger and bitterness to fester? Would I do the hard things required to regain independence? What was I going to believe about God? Where was He in my pain? Where was my hope?

“Not only that, but we rejoice in our sufferings, knowing that suffering produces endurance, and endurance produces character, and character produces hope, and hope does not put us to shame, because God’s love has been poured into our hearts through the Holy Spirit who has been given to us.” (Romans 5:3-5)

While I couldn’t possibly know what the future held, and I couldn’t understand what it would require of me and my family to get through this trauma, I did know this was way too big for me to deal with alone. It became obvious I was miraculously freed from the car and divinely placed in the right hospitals, with the right caregivers, at precisely the right times.

The only conclusion I could reach was that God was not absent from or blind to my accident. He did not cause my pain. This was not a punishment for my sin. He was in fact my Rescuer and my Savior. He was my “very present help in trouble.” (Psalm 46:1) He was clearly for me and not against me.

· the miracles,
· the love that surrounded me,
· the support from strangers,
· the little victories,

and these helped me to endure the present pain.

As I endured, I continued to make choices about how I would

· react to others,
· teach others,
· relate to the world around me,
· love and accept what I could not change,
· stand on the truth,
· dispel the lies and hopelessness,

and gradually my character in Christ was solidified.

As I chose to believe the truth of God’s word and more importantly, understand it was for me – not just others – He poured out grace. His grace looked like

· the strength to make it through one day at a time
· words of encouragement at just the right moment
· strategy for the next step,
· a dream for a future filled with love and life.

Here true hope was formed, the kind that does not put us to shame. This hope sees God’s absolute love for us, and His genuine care for every detail of our life. This hope fuels faith and causes it to grow, trusting in God with all our heart.

We step back and see that to find the doorway to hope, we had to go through the hallway of suffering, and here we can somehow rejoice. Click To Tweet

Then, we step back and see that to find the doorway to hope, we had to go through the hallway of suffering, and here we can somehow rejoice.

For more of Charity’s incredible story, read her memoir, Life Beyond the Scars: Finding Hope in Tragedy.

has a passion to help hurting people. As one who has experienced life-changing tragedy and found freedom and wholeness, she recognizes that God has gifted her with hope, insights, and perspectives to share with others. Charity has spent her career serving various ministries, including a youth and family ministry that focuses on discipleship training and missions, Dave Roever’s ministry to wounded warriors, and most recently REAP International, an online Bible School serving students in many nations. Charity has had the opportunity to share her story of hope and inspiration at baccalaureates and high schools as well as with youth groups and churches around the world. She lives in Ohio where she enjoys spending time with friends and family. You can find her at her website lifebeyondthescars.