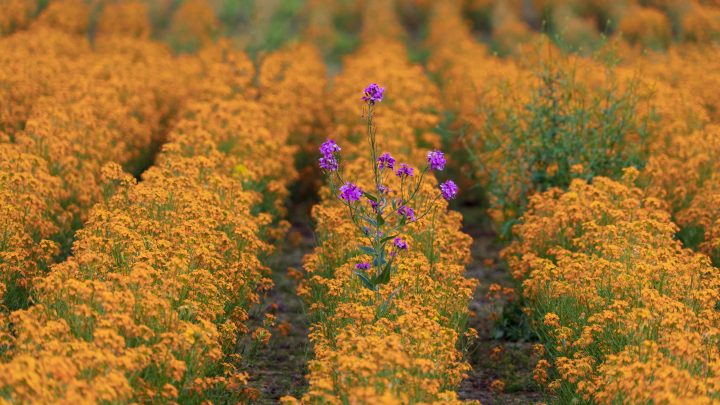 Generation Z is made up of those who have been born after 1996, those who are twenty-six years old and younger. Generation Z has remarkable similarities to the millennial generation. Yet, as each generation arises, it strays further and further from the truth of God’s Word with each passing year.

In 2018, a study was conducted showing that 95% of teenagers use a smartphone, and of those teenagers, 97% use some sort of an online platform such as Tik Tok, YouTube, Twitter, Instagram, and Snapchat. With these growing statistics also comes a growing percentage of pornography addition, anxiety, and depression.

From research conducted in May of 2020, almost half of those in Generation Z agree with same-sex marriage, with only 15% saying that it is negative for our society. Fifty-nine percent prefer for gender options to include more than simply male and female. With each generation, society has become increasingly secularized as it seeks inclusion and individualism rather than seeking the Lord. Absolute truth is no longer widely accepted, and the acceptance of “your truth” is popular among Generation Z.

Teenagers are twice as likely to embrace atheism than the previous generations. We are gradually forgetting God.

I want to be different.

The song, “Different,” by Micah Tyler, expresses the believer’s desire to be set apart.

Jesus says to “let your light shine before others, so that they may see your good works and give glory to your Father who is in heaven” (Matthew 5:16). Christians are different so that the world might see that we are different for a reason. That difference in us should evoke curiosity in unbelievers so that they too long to have that difference, leading them to give all the glory to God. What an opportunity we have to share the gospel not only with words, but also with the way we live our day-to-day lives!

As we walk with the Lord, we reflect His light. We do not flaunt our own.

As we walk with the Lord, we reflect His light. We do not flaunt our own. Click To Tweet

Jesus warns us against this when He says, “Beware of practicing your righteousness before other people in order to be seen by them, for then you will have no reward from your Father who is in heaven” (Matthew 6:1). We should stand out by putting God’s standards on display, not our own. Do not let your words and actions point to yourself because of the pride you feel in being different. Any aspect of your life that has been transformed is due to the transformative power of the Holy Spirit.

Do not have an attitude of superiority to other believers around you. As the moon reflects the sun’s light, let us also reflect the light of Christ, not seeking to emanate light on our own.

Romans 12:2 says, “Do not be conformed to this world, but be transformed by the renewal of your mind, that by testing you may discern what is the will of God, what is good and acceptable and perfect.” Rather than being conformed to the world that you were saved out of, God calls us to be completely transformed, inside and out, being set apart from the culture around us.

Many believers have become accustomed to labeling some acts of being “set apart” as “legalistic.” I do believe there are circumstances that legalism can be used in its proper sense, being defined as “strict, literal, or excessive conformity to the law or to a religious or moral code.” Rightfully used, legalism means following rules or laws to attain a level of merit. It does not refer to believers having and acting upon their personal convictions. While Christians have different convictions from one another, it is not legalistic to challenge each other to turn to Scripture and pray for guidance in considering their own convictions.

“Legalism” has become a word many have used to discourage believers who seek to act upon their convictions. Do not let this word be the attack you use to make yourself feel better about how much you love the world. While we do not stand apart for the praise of man, we do stand apart to serve Christ.

“Legalism” has become a word many have used to discourage believers who seek to act upon their convictions. While we do not stand apart for the praise of man, we do stand apart to serve Christ. Click To Tweet

Convictions hurt because they involve putting our flesh to death and changing to become more like Christ. Even as I write this, I hurt because of the convictions the Holy Spirit has impressed on my heart. But let that hurt drive you to repentance. James 4:17 says, “So whoever knows the right thing to do and fails to do it, for him it is sin.” Evaluate your life for ways that you have conformed to the world. Do not be afraid to rip things from your life that cause you to love the things of this world more than God. Jesus tells us we must be willing to cut off our right hand if it is causing us to sin (Matthew 5:30).

God Will Help You

I can’t give you a formula or a set of rules for you to follow to tell you how to not look like the world. But I can tell you that by having an active relationship with Christ that involves reading God’s Word and praying in reliance on Him, the Holy Spirit will help you to know how to walk.

The world must know you are different. It must see that the things of this world can never satisfy, and Christ alone can.

Our aim in life must be “to please the one who enlisted [us].” We are not to become “entangled in civilian pursuits” (2 Timothy 2:4), acting as soldiers who have forgotten their mission and who have sought to blend in with the civilians.

I ask again. Are you willing?

What We Know About Gen Z So Far | Pew Research Center

Atheism is On the Rise in Generation Z – Impact 360 Institute

By Kyla Hardee 11 months ago
3 comments