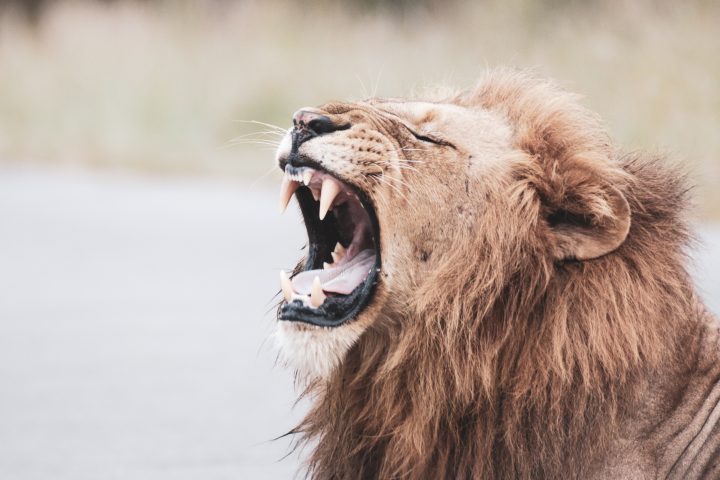 Daniel was a man of obstinate integrity. A rebel at heart, he dared to defy one of the most powerful empires in history in a successful effort to obey God.

Though Daniel was just a youth when brought as captive from Israel to serve in Nebuchadnezzar’s palace, he understood the invaluable importance of living a holy life despite the moral deterioration of his pagan surroundings and even that of his backslidden homeland.

Refusing to compromise, choosing radical obedience, maintaining a spirit of excellence, and engaging in consistent prayer were the qualities that characterized his life. And God rewarded his faith with supernatural wisdom, remarkable success, and divine protection.

When Daniel was thrown in the lions’ den because of his determination to pray, God sent an angel to his rescue and shut the lions’ mouths (Daniel 6:22). Daniel emerged from the lions’ den without a scratch and with a powerful testimony of God’s omnipotent, saving power.

We have all heard the story of Daniel in the lion’s den (a million times if you are a pastor’s kid), and we all admire Daniel for his outstanding bravery and integrity. But where exactly did Daniel get the courage to kneel at his window, knowing the guards would suddenly seize him and serve him alive to a dozen starving lions?

If your answer is Daniel got his courage from God, you are correct. But let’s dig deeper into the underlying groundwork of Daniel’s firmness in the face of difficulties. After all, would we ourselves be able to cling to our integrity at the price of certain death?

To answer the question proposed, we must take a step back from the obvious fork in the road and examine the less obvious diversions we often encounter on our walk as a Christian.

If someone were to demand that we deny our faith, for instance, we know to say no. But perhaps our peers ask us to listen to questionable music, and because we want to fit in and appear “cool”, we say yes.

It is the small challenges that impact and ultimately determine the bigger decisions we make. Click To Tweet

It is these small challenges that impact and often ultimately determine the bigger decisions we make. It’s the choice to thank God for our daily bread at the restaurant like we do in the privacy of our homes that affects our ability to give God glory in the fire or on the stage.

Examining Daniel’s life, we understand his first test did not occur in the lion’s den. When Daniel was first brought to Babylon to train for royal service, he was presented with a daily ration of food and wine from the king’s provision.

“But Daniel resolved that he would not defile himself with the king’s food, or with the wine that he drank. Therefore he asked the chief of the eunuchs to allow him not to defile himself.” (Daniel 1:8).

Daniel was determined to please God by obeying His commands concerning food. And though he and the eunuch could have been severely punished (possibly executed), he remained steadfast in his beliefs, and God honored him by giving him wisdom to deal with the situation and providing “a way of escape” (1 Corinthians 10:13).

Similarly, many young people today are tempted to disobey God’s commands, such as taking His Name in vain, but God has provided us with several Biblical models of integrity to encourage us to stand for our convictions. And God has equipped us with everything we need to live successful Christian lives.

The Power of Daily Choices

God’s Word and constant communication with Him are daily essentials we should not exchange for a few more minutes of sleep or idle pleasure. We must make a daily effort to maintain our relationship with Him, so when we encounter challenges, we have the power to overcome them.

The ultimate secret to Daniel’s success in doing hard things were his daily choices. Daniel made a habit of constantly spending quality time with God.

The Bible says, “Now when Daniel knew that the writing was signed, he went home. And in his upper room, with his windows open toward Jerusalem, he knelt down on his knees three times that day, and prayed and gave thanks before his God, as was his custom since early days” (Daniel 6:10).

Prayer was not something Daniel did occasionally; it was his lifestyle. Many of us only find time to pray when we find ourselves in the crosshairs of difficult and uncertain circumstances. It is like trying to study the material and ask the teacher for help on the day of the test instead of studying and asking all along.

If we do not have the power to make daily small decisions for God in the comfort of our routines, how will we muster the ability to make a stand for Him in the discomfort of opposition? We must be intentional with everything we do, and we must do everything for the glory of God.

Our daily, seemingly “unimportant” choices are ultimately our most significant choices. These are the choices we make when we first get up in the morning and read our Bibles instead of going on social media. These are the attitudes we display when we choose to help out at church with joy instead of complaining.

These are the choices we make every moment every day, and they are powerful. So, how do we do hard things successfully? We first choose obedience to God in the small decisions, and with His help make it a habit until it becomes a lifestyle.

is a 21-year-old pastor’s kid in McKinney, Texas who enjoys playing the piano, painting, sketching, editing graphics, shopping, and writing, especially poetry. She has composed over 100 poems, expressing her perspectives on priority topics like faith and family, which you can explore on her blog at mikaylapinder.com