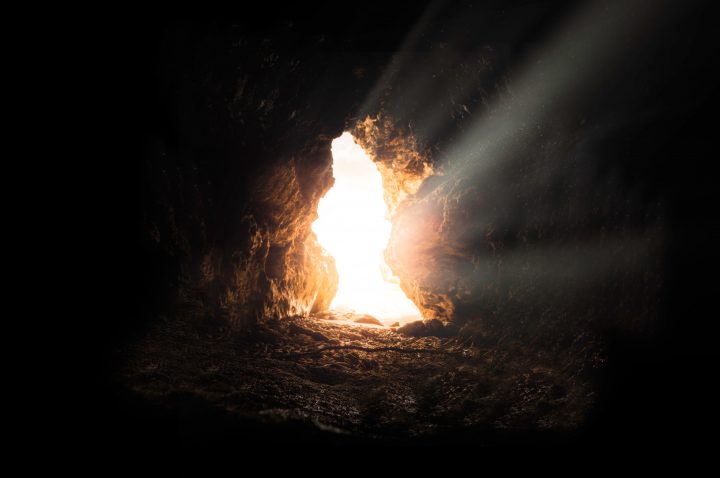 Having celebrated Easter this past weekend, the topic of the resurrection of Jesus has been at the forefront of many Christians minds as we paused to express gratitude to God for salvation from our sins.

Recently, I’ve been studying the evidence for the resurrection of Jesus and have found that doing so has helped increase my faith. It has given me more confidence to face questions and doubts posed by others without fear, as many people scoff at the idea of a miracle like Jesus’ resurrection.

While I’m not an expert philosopher, I would like to share some of that evidence with you, in hopes that you also would be strengthened in your faith.

First, Jesus’ tomb was found empty on Sunday by Mary Magdalene and some of Jesus’ other disciples. Matthew, Mark, Luke, and John each tell a story of the women or some of the twelve disciples finding the empty tomb.

In 1st Corinthians 15:3, Paul writes, “And that He was buried, and that He rose again the third day according to the scriptures,” implying the empty tomb. Even the Jews supported the empty tomb story through their response. They told the guards, “Tell people, ‘His disciples came by night and stole Him away while we were asleep.’” (Matt. 28:13)

If the disciples had somehow been mistaken that the body was gone and then preached that Jesus was risen, the Jews would gleefully have pointed out their error. Since they responded by accusing the disciples of stealing Jesus’ body, however, the tomb must have been empty.

Even the Jews agree the tomb was empty, if the disciples said Jesus was risen, the Jews would have pointed out their error, but they responded by accusing the disciples of stealing Jesus’ body. The tomb must have been empty. Click To Tweet

Jesus appeared to the twelve disciples and to many other followers after His death. This fact is independently attested not only by the four gospels but also by Acts and 1st Corinthians.

Fascinatingly, the majority of New Testament scholars agree with the idea that many different people had experiences where they believed they saw Jesus alive after His death. However, Christians and many scholars disagree from here onward.

Naturalist philosophers and scholars believe that miracles are impossible. They scoff at the very idea of miracles. They believe the disciples and other followers of Jesus experienced hallucinations instead of seeing Jesus in the flesh.

There are a couple of problems with the hallucination hypothesis. For one, they occur in individuals, not groups. Different groups of people as well as individuals saw Jesus after His death, so we know it was not just one isolated event experienced by only one or two people. Secondly, people most often tend towards hallucinations if there are mental issues involved or if they have experienced deep loss. Hallucinations therefore cannot explain the conversions of Jesus’ brothers. Even if the disciples experienced hallucinations of Jesus because of their intense grief at His death, His skeptical brothers would have had no tendency toward that. The hallucination hypothesis loses all credibility when faced with the wide variety of witnesses to Jesus’ resurrection and the conversions it caused.

Many believe the followers of Jesus had hallucinations instead of seeing Jesus, but hallucinations occur in individuals, not groups, so this loses credibility when faced with the wide variety of witnesses to Jesus’ resurrection. Click To Tweet

3.The Disciples Staked Their Lives on It

The disciples came to believe in the bodily resurrection of Jesus so strongly that they were willing to lose their own lives for this belief.

In Acts, it’s recorded that Herod killed James, John’s brother, and put Peter in prison to be killed as well. Peter was delivered at that time, but he was later martyred during the reign of Nero. All of Jesus’ other disciples except John are believed to have been martyred.

The fact that most of the disciples preached the resurrection even in the face of death stands out to me as the single most convincing evidence for belief in the resurrection. The disciples and other followers of Jesus staked their lives on the fact that Jesus had risen from the dead and appeared to them. They knew that the Jews hated Jesus so much that they had put Him to death. They knew they most likely would face the same fate, and in the end, most of them did.

Atheists and skeptics have no good answer for this. Why would intelligent adult men face almost certain death to preach that a man crucified as a criminal had risen from the dead? The disciples must have experienced some kind of dynamic, life-changing event to alter their lives in such a way. I think the best and honest answer is clear: Jesus did rise from the dead and is truly the Messiah He claimed to be.

Most of disciples, and many other followers, were martyred because they held to the belief that Christ had risen. Why would intelligent men do such a thing? Because it is true. Click To Tweet

Not Just a Teacher, a Resurrected Savior

The empty tomb, the eyewitnesses, and the disciples’ unwavering belief in the resurrection all combine to produce a powerfully compelling case that Jesus did indeed rise from the dead.

Lauren Swain is from Needmore, Pennsylvania. She has a passion for serving God through playing the harp and writing. She loves discussing politics and apologetics with anyone who is interested. She also feels that young people have a responsibility to follow the counsel in 1 Timothy 2: “Do your best to present yourself to God as one approved, a worker who has no need to be ashamed, rightly handling the word of truth.”