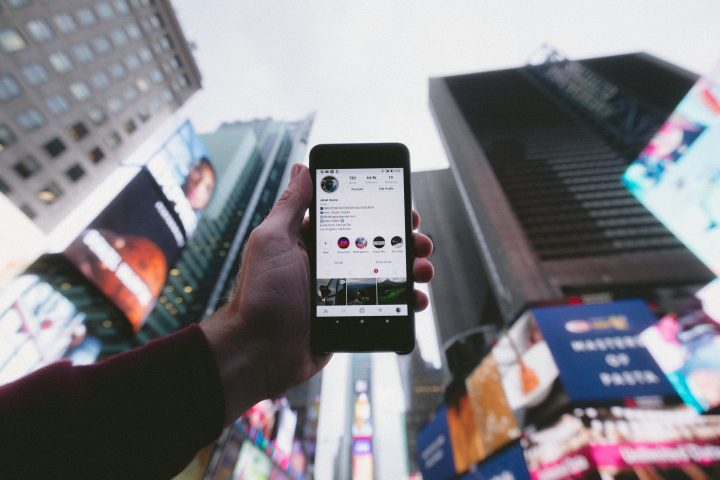 These days, everyone is weighing in on screen time, technology usage, and social media. And it’s not just adults worrying about kids and teenagers; they’re finding they need limits in these areas, too.

In a world that widely uses social media and technology, what is a Christian to do?

Some cut social media from their lives completely to avoid all temptation. On the opposite side of the spectrum, some fully engage because they want their influence to be a platform for sharing the truth of the Gospel.

When discussing the issues of social media, I think we tend to focus on only a few of them. We talk about social media providing temptations that lead to obvious sin. Or it being a distraction of our time, so we are less likely to read our Bibles. We even focus on the fake sense of connection it brings, making us feel connected to others when we are actually deeply lonely.

All these points are important and valid, but in our attempts to make social media acceptable for the Christian life, I think we have missed some hidden dangers along the way.

The main danger is that we have started to follow Christian influencers more than Christ Himself.

Now, we’re all prone to follow a specific culture of Christianity. Depending on how you were raised and in what church or ministry, the way you follow Jesus could look vastly different than the way I follow Jesus. What worship is to me is likely different than what it is to someone in South Africa, China, or India. We learn to follow Jesus by watching people around us follow Jesus, so we inevitably pick up a culture along the way. This is often the reason former Christians deconstruct and leave the faith. They are turned off by the culture they grew up in more than the person of Jesus Himself (but that’s an article for another time).

We Look to Influencers for Truth

I don’t have TikTok, but I once took a deep dive to see why all my students had 7-10 hours of screen time a day. I was surprised to find many Christians speaking bold truth in the face of much opposition. I was even more surprised to see the amount of likes and comments these posts received. As I scrolled through the comments, I saw young people asking important, theological questions, desperate for answers.

I couldn’t figure out why this disappointed me.

Then it hit me: if teens are going to TikTok for answers, then they’re likely using TikTok to fill a gap that would otherwise be filled by a loving, invested adult. As someone who has been doing student ministry for almost 10 years, I’m deeply saddened by the fact that so many young people must go to TikTok to be discipled because no one in their lives cares to invest in them.

But maybe they do have people investing in them. Maybe they have Christian adults in their lives and they’re still going to TikTok for answers. They seem to trust these influencers more than people in their own lives to give them the answers they’re searching for.

The danger in this is that we have given people authority in our lives based on how many followers they have. There’s this new idea through the spread of social media and YouTube influencers that people are experts if they have a strong following. This makes young people (or people of all ages) trust everything these influencers say.

The danger is that we have given people authority based on how many followers they have, and that people are experts if they have a strong following. This makes people trust everything these influencers say. Click To Tweet

The truth is that while a 20-year-old may have a genuine heart and love for God accompanied by a solid Biblical worldview, this doesn’t mean they should be given the authority of a pastor in our lives. We can learn from Christian influencers, but we should never replace discipleship and pastoral relationships, or Bible study with the voices of Christian influencers.

I’m thankful teenagers are searching for truth and finding it on TikTok. My only hope is that it would catapult them into the local church where they can learn how to follow Jesus under the care of a pastor, discipleship of invested adults, consistent Bible study, and unified Christian community.

We Gain a False View of Christianity

We talk a lot about how what we see on social media isn’t the whole truth. We only see chosen pictures, edited videos, and curated posts.

This can be especially dangerous when following Christian influencers on social media. We must keep in mind that they are trying to grow an audience and increase their influence, so we are still seeing chosen pictures, edited videos, and curated posts. Christian influencers post “perfect”, cute pictures with their spouse or significant other. They use posed selfies to accompany a caption full of their thoughts on faith. They create entertaining videos to capture their audience. While none of this is inherently wrong, it can have a sneaky negative effect on their followers.

We’re all prone to imitate the world to entice others to follow Christ, but often Christian influencers fall into this in order to grow a wider audience. We want to make Christianity cool and comfortable. We essentially preach the message that following Christ isn’t that boring, weird, or difficult. “We’re just like you, only we have Jesus,” is the message many of us preach with our lives without realizing it.

Influencers tend to imitate the world to entice others to follow Christ, make Christianity cool and comfortable, and preach that following Christ isn’t boring, weird, or difficult. But really following Jesus is counter cultural. Click To Tweet

But scripture is clear: “Do not be conformed to this world, but be transformed by the renewal of your mind, that by testing you may discern what is the will of God, what is good and acceptable and perfect” (Romans 12:2).

Following Jesus is completely counter-cultural. We will be hated by the world. People will think we are weird. They will ask questions and hate the answers we provide. They will want us to change.

Yes, Jesus brings full life, freedom, joy, grace, peace, unity, and love that surpasses understanding. Following Jesus is a life of adventure. But it’s also uncomfortable, messy, confusing, heart-breaking, sacrificial, and extremely difficult. If all we see is the cute, fun, joyful lives of Christian influencers, we are in for a rude awakening when following Jesus goes just like He promised it would.

When the only Christian lives we follow are on social media, we begin to think following Jesus means you have to dress cool, look (effortlessly) attractive, have a perfect relationship, and have fun all the time. We dress the way they do and buy the brands they recommend. We get into a relationship and feel pressure to be cute and fun all the time, so we’re surprised when the relationship is mundane, difficult, and sacrificial.

This is why discipleship relationships and Christian community are vital to the health of our faith. In discipleship relationships, we walk closely with someone older and wiser. We see every part of their lives, so we know what it looks like to follow Christ on the hilltops and in the dark valleys. When we link arms with other Christians, we can be vulnerable, hold each other accountable, and tangibly love one another. We cannot forsake these things because our social media feeds are full of nice Christian posts that seemingly fill our cups.

We Miss Out on Real Ministry

A danger for those engaged in social media as a Christian influencer is that they are missing out on Great Commission living (Matthew 28:18-20).

I’m not claiming what they’re doing on social media is wrong or isn’t ministry at all, but I do believe making disciples of all nations cannot be done 100% through technology. Yes, God has used technology in surprising and beautiful ways to fulfill the Great Commission through His followers, but we cannot forsake real, in-person, discipleship for social media ministry.

If all authority has been given to Jesus, then we better listen to His final command. If we don’t know how to make disciples, baptize them, teach them to obey, and trust that Jesus is with us always, then let’s look to Jesus Himself. He didn’t stay in heaven but put on flesh and dwelt among us (John 1:14). He didn’t spend His life as an earthly king enjoying wealth and splendor, He made Himself nothing (Philippians 2:7). He didn’t spend His days preaching to the masses and retreating to be by Himself, He called His disciples one-by-one to walk with Him daily. He healed people one at a time. He went to the outskirts, the forgotten, the lonely, the nobodies. He invited His disciples to follow Him wherever He went.

Sure, Jesus didn’t live in a technological age, but I don’t think He would have lived any differently if He had. Jesus took on flesh. He came to us. He moved into the neighborhood. He pursued us. He died for us.

We are called to do the same for others. And it can’t just be on a screen.

Even if you have never used social media before, my challenge for all of us is the same:

1. Invest in discipleship relationships. Find someone older and wiser and ask to get into their lives. Watch how they follow Jesus in the mundane, the difficult, the joyful, the simple parts of their lives. Ask questions, invite their wisdom, and learn.

3. Live on mission to reach the lost people around you. Look around, who has God put in front of you? Where are the lost in your neighborhood or city? Get into the mess of peoples’ lives. Go to your community armed with truth and the love of the Gospel.

This is the true adventure of following Jesus, and it can’t be found on a screen.

Elizabeth Davis is in her eighth year of joyfully sharing the Gospel of God and her life with middle schoolers, high schoolers and college students in student ministry. Her plan is to invest in students forever because she believes they are the World-Changers and Kingdom-Advancers (and adults are boring). She can be found in a local coffee shop writing, reading or spending quality time with good friends. Along with regularly writing on topics of Health & Wholeness for TheReb, Elizabeth writes about faith in Jesus and finding joy in battling a chronic illness on her blog, elizabethrdavis.com/.