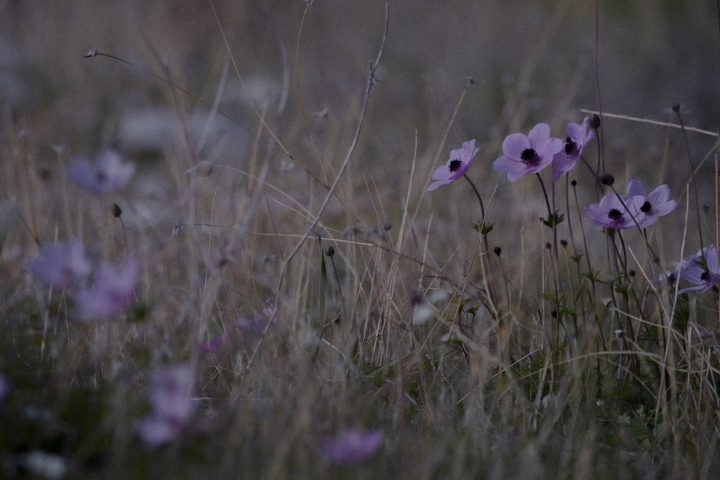 This year, I have been working at a church as a summer student. I’ve experienced so many different things, but one that sticks out in my mind was a pastoral visitation I went on with the Assistant Pastor.

That morning I had been printing, organizing, and uploading as usual when he came in, pointed at me, and said, “You’re coming with me.”

He was smiling in a way I knew well by that point—a way that said I wouldn’t necessarily like what he was about to get me to do (at least not at first) but it would ultimately be good for me.

I followed the pastor down the hallway and out to his van. “We are going to visit a man who is sick,” he said.

I formed an image in my head at that moment: a hospital or seniors’ home, a white room, the smell of disinfectant, and fluorescent lights. I pictured an elderly gentleman who was wrinkled and white haired.

But that is not what my pastor led me to.

We drove downtown, past houses and small businesses until we finally pulled up in front of a big, old house that had been turned into an apartment building. I followed him inside, down the hallway and through a door. I was met with the smell of must, tobacco, and age. We walked up a winding set of wooden steps and into a small apartment littered with antiques, glass jars, bottles, and newspapers. A large cat ran by.

That is when I saw a man I will call John.

John laid on an old futon sofa, his dark hair and beard unkempt. He looked thin and tired. He couldn’t have been any older than thirty-five.

We sat with John and listened. We listened as he told his story in a tired, almost husky voice. He told us about how he had moved down south as a young man and got mixed up with some rather unsavory characters. His story went downhill from there. He eventually attempted suicide, but as he fell to what he meant to be his death, God spoke to him.

“I am not finished with you, John.”

He hit the ground. Everything went black.

When John woke up in the hospital, he was broken, grieved, and alone, but God had spared his life and gotten his attention. As soon as he was released from the hospital, John went back home. There he started going to church and was soon sold out to Jesus. He was baptized not long after.

That was four years ago. The day I visited John he was laying down, ravaged with pain.

He had been in and out of the hospital for seven months, but because of his past they wouldn’t take him seriously – they just kept turning him away.

His condition worsened until he could hardly walk.

“I have a doctor’s appointment on Friday,” John whispered, “If I even make it till then.”

“You will make it, John,” my pastor said.

My heart felt sick. I was expecting John to say something like, “Why is this happening to me? Why would God do this? I’m a Christian now! Life is supposed to be better!”

He choked up and tears ran down his face as he said, “If I die, I will get to see Jesus. I can never thank Him enough for loving me and forgiving me. He will hold me and welcome me because He is so amazing.”

I sat speechless for a minute. How many people can say that in the very midst of pain and crisis, and mean it?

We can learn a very important lesson from John.

Faced with the possible fate that all humans try to avoid, John thought of nothing but seeing Jesus. He wasn’t afraid. He knew Jesus was carrying him, and he would trust Him whether He carried him to healing or heaven.

“When the perishable puts on the imperishable, and the mortal puts on immortality, then shall come to pass the saying that is written: ‘Death is swallowed up in victory. O death, where is your victory? O death, where is your sting?’ The sting of death is sin, and the power of sin is the law. But thanks be to God, who gives us the victory through our Lord Jesus Christ.”               1 Corinthians 15: 54-57

John didn’t wonder why this was happening to him because the sting of it was gone, stripped away by the fact that Jesus had forgiven him and would welcome him with open arms.

What would it be like if we faced all our most painful points with this heart-posture? What if we remembered that the life we live in the world is a blink of an eye compared to eternity in heaven? Would we live fuller lives? Would we do more meaningful things? Would our hope stay stronger in darkness because we know that darkness will never last?

If the sting of death itself is gone, swallowed by victory, how much more is the sting of our daily struggles stripped away? Every tiny hurt, grief, and trial made lesser in comparison to the glory and joy and comfort of heaven. “For I consider that the sufferings of this present time are not worth comparing with the glory that is to be revealed to us,” (Romans 8:18).

If the sting of death itself is gone, swallowed by victory, how much more is the sting of our daily struggles stripped away? Every tiny hurt, grief, and trial made lesser in comparison to the glory and joy and comfort of heaven. Click To Tweet

“…as it is my eager expectation and hope that I will not be at all ashamed, but that with full courage now as always Christ will be honored in my body, whether by life or by death. For to me to live is Christ, and to die is gain. If I am to live in the flesh, that means fruitful labor for me. Yet which I shall choose I cannot tell.” Philippians 1:20-22

With full courage. John was anguished, lonely, and confused, but his courage was full. If he died, he would stand before Jesus unashamed. He knew that living would serve as an opportunity to show Christ to others but dying would relieve him from pain… dying would be his gain.

I have been considering what it would be like if we lived that way. If we lived as Christ – not for ourselves but for His glory in the world – no matter what happened to us, the world would be a better place. If we lived solely for Christ and not our gain, then saw death as our gain, how much peace, how much joy, how much hope would fill us? In life we show Christ, in death we see Christ.

If we lived solely for Christ and not our gain, then saw death as our gain, how much peace, how much joy, how much hope would fill us? In life we show Christ, in death we see Christ. Click To Tweet

When we see that death itself is dead, then we will realize that death leads to real life.

Cain, one of my favorite bands, wrote a song called The Commission:

Christ has conquered death. Where He went, we will follow. Death is simply going home after a long journey. This is where our hope lies.