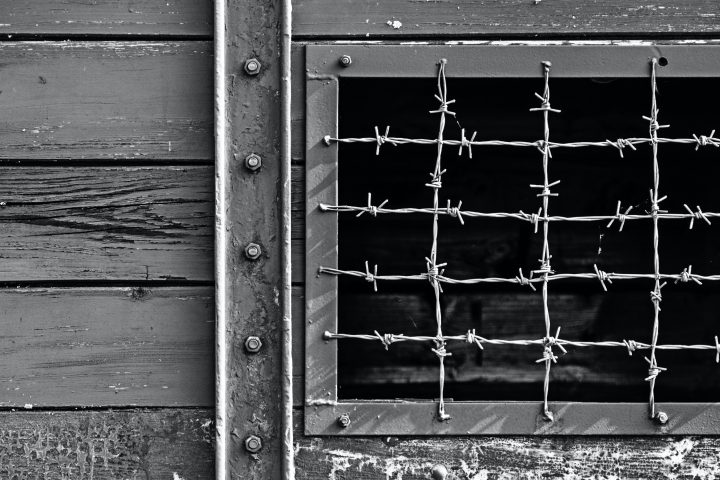 When asked what my favorite book was, I usually had no answer. That is, until I read The Hiding Place.

God changed my life in many ways through the course of this book.

I’ve read The Hiding Place multiple times, and each time I learned something new. What most affected me were the people. Throughout all the evil and pain, the ten Boom family continued to be wholly devoted to God, relying on Him at every twist and turn.

The ten Boom family influenced me so heavily by their example of perseverance, determination, and, most of all, their reliance on God amid the darkest time in history. Click To Tweet

These three people influenced me so heavily by their example of perseverance, determination, and, most of all, their reliance on God amid the darkest time in history. Although WWII Haarlem doesn’t seem relatable, this book taught me so many practical lessons that are more than relevant today.

Father ten Boom: A Lesson in the Fear of God

In Corrie ten Boom’s masterpiece, The Hiding Place, she writes that, “Father could never bear a house without children, and whenever he heard of a child in need of a home a new face would appear at the table. Somehow, out of his watch shop that never made money, he fed and dressed and cared for eleven more children after his own four children were grown.”

When the persecution of the Jews began, Father was so enraged at the injustices surrounding him that he tried to wear the star of David that all Jews were required to wear. Corrie and Betsie eventually dissuaded him, telling him that he would not help their plight by sharing in their misery.

To me, this act was of the greatest compassion. Would I have wanted to do that if God placed me in his shoes? I would hope that God would give me the same strength –strength to risk my freedom for the sake of others. The strength to stand up for what is right.

After the ten Booms were arrested and imprisoned by the Nazis, Father was given a chance to return home. A Nazi guard told him he’d be released only if he ceased to shelter or aid the Jews.

Father looked the Nazi in the eyes and replied that if he were released, he would continue to open his door to anyone who knocked. He was thrown back into his cell.

If I needed any more proof that Father ten Boom was one of the most dedicated and God-fearing Christians in the world, this was it. He had been tortured, interrogated, and jailed in terrible conditions, yet he refused to back down, knowing that the LORD would guide him through the trials that lay ahead, and there were many.

Father left a lasting impression on my heart. He remained wholly steadfast to God throughout extreme hardship. The Bible was his shield; he relied on the LORD in all circumstances.

In reading his story, I was truly reminded that our whole life’s purpose is to glorify God, not ourselves. When we get to Heaven, our status among our friend group, our accomplishments, and our fame won’t matter. Only our belief or disbelief in the true Savior of the world will matter.

Proverbs 29:25 states, “The fear of man lays a snare, but whoever trusts in the LORD is safe.”

Father ten Boom did not fear what man could do to him. He knew if he died for the cause of the LORD, he would gain so much more in Heaven.

Corrie: A Lesson in Love

Corrie ten Boom is the main character and co-author of this autobiography. The main reason Corrie left such a lasting impression on my heart is because of her uncompromised love.

She loved not only her family but those who would never love her in return. I personally struggle with loving those who aren’t Christians, aren’t “good” people, and aren’t the kind of person our society says you should befriend.

Corrie loved those people when nobody else would.

Most of all, Corrie loved God.

When God performed miracles right in front of her eyes, Corrie didn’t question them. She recognized them as His handiwork and accepted them with gratitude and praise.

Take the instance when Betsie’s vitamin bottle never ran out. Betsie desperately needed the medicine for asthma, and after Corrie had used the precious bottle over and over, it still never ran out. Not until the day Corrie acquired more of the same vitamins from a kind prison nurse did the bottle finally run dry.

Countless other miracles were performed in Corrie’s lifetime. Once, when the Nazis searched the ten Boom’s house for Jews, Corrie realized that Mary, one of the Jews who constantly coughed and wheezed, was completely silent in the hiding place behind the thin wall.

Then there’s the miracle of Corrie’s release. Without explanation, Corrie was released from the death camp, her memories now forever haunted by what she’d been through.

A long time passed after her release until she found out that it had been a clerical “error.” But Corrie knew God didn’t make errors. It was His hand at work that resulted in her release.

“No pit is so deep that God’s love is not deeper still,” are the words of the brave Corrie ten Boom. Click To Tweet

I’ll never forget this quote of Corrie’s, “No pit is so deep that God’s love is not deeper still.”

I think this truth is especially applicable in today’s hurting and broken society, which is liable to fall into the traps of sin and darkness. Most of all, it gives us a very important lesson on loving our enemies. If we really admitted it, we would realize we do it much less than God wants us to.

It’s easy to think of our enemies as people we shouldn’t associate with, so we can be “good” Christians. Corrie gives us an invaluable lesson: love your enemies as God loves you! After all, God hates sin, pride, and greed… but He still loves us sinful, prideful, and greedy people.

Betsie: A Lesson in Forgiveness

Betsie, undoubtedly, was the character that impacted me most. If I could sum her up in one word, it would be this: Forgiveness.

When Corrie fumed about the Nazis’ cruelty, Betsie prayed.

Upon their arrival at the death camps, Betsie insisted she and Corrie praise God for their situation –including the nasty, horrible fleas. Later the two sisters realized the Nazis were not entering their bunker because of the terrible fleas. Because of this, Corrie and Betsie were able to hold their Bible study, through which many were converted.

Betsie was able to forgive in all circumstances.

It’s hard to forgive. When we’re so angry we can’t see straight, it’s very easy to think that we’re right, and our sibling or friend is wrong. Why should we forgive?

Because God has forgiven our immeasurable debts. Considering this, why shouldn’t we forgive the miniscule debt of our neighbor?

After the war, Corrie gave a speech about forgiving your enemies, when a man approached her, sobbing, and told her that he was one of the Nazis who had tortured Betsie.

He extended his hand, begging her for forgiveness. Corrie hesitated, then remembered Betsie, who had died in a prison camp shortly before liberation –Betsie who had prayed the Nazis would be forgiven.

Challenged to Live it Out

This amazing book, through God’s loving and mysterious ways, has changed my life. It has challenged me to speak up more about my faith instead of keeping it to myself.

About a month ago, I was browsing through a museum when I overheard two men discussing a display. The display was about how humans have evolved to fit their environments. One man said to the other something about how evolution was without a doubt true.

I frowned but didn’t say anything. Giving myself inward excuses about eavesdropping and interrupting their conversation, I left without saying a word.

Barely two minutes later and I regretted my decision. I was well equipped in apologetics, having studied extensively about ways to refute evolutionism. Why hadn’t I spoken up?

Later, I remembered what The Hiding Place had taught me about speaking up for the LORD and being unafraid of what man could do or say to me. What was the worst that could happen? The two men would laugh and carry on their conversation without paying me mind?

I could clearly feel God moving in me through this book.

So, I would challenge you, check out this book, and see what God does through it. He works wonders, after all. Maybe, like me, you’ll be encouraged and motivated to be more outspoken about your faith and boldly fight injustices for the Kingdom of Heaven.

Whatever the case, I can guarantee that God will completely change your life.

“You are a hiding place for me; you preserve me from trouble; you surround me with shouts of deliverance.” Psalm 32:7, ESV.

Caitlyn Koser is a young homeschooled writer who lives in the Appalachian Mountains of Virginia. She loves Jesus, good books, and good friends. She loves reading and writing historical- and non-fiction. When not reading, writing, or making long cliche-replacement lists, she is usually outside in God's creation or quizzing her siblings on science trivia questions.

By Caitlyn Koser 3 weeks ago
6 comments