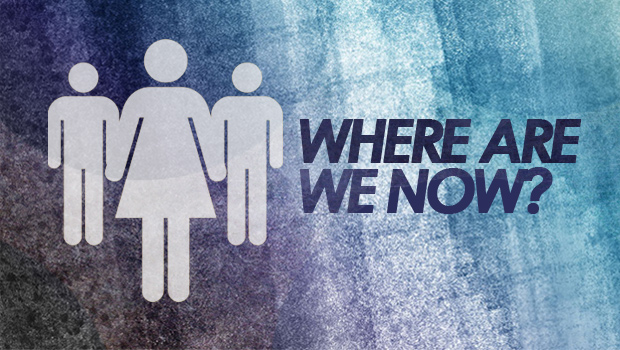 If you were a Christian or a homeschooled (or both) teenager in the 2000’s, there’s a good chance you knew about Do Hard Things. Alex and Brett Harris released their first book “Do Hard Things” in 2008.

The “rebelution” against low social expectations began with their blog a few years before the book release. They inspired teens to leave their comfort zone, take on more responsibilities, and change the world for the glory of God.

In 2010 the Harris twins published Start Here, a manual for doing hard things.

Society expects teenagers to go to school, party with friends, date, and get into a little trouble. If a teenager engages in underage drinking or drugs, it’s frowned upon, but somewhat expected. Recently someone said in passing that looking at pornography in the teen years is just a part of growing up.

I read these books in my later teen years. I went to a Do Hard Things conference when I was 19. The books still affected by actions and inspired me to not let myself settle for the bare minimum that society expects of me as a teenager.

Now I’m 21-year-old soon to be graduate student, no longer a teenager. On all levels — legally, physically, emotionally, educationally — I’m officially considered an adult by society. Those low social expectations should be gone, right?

Wrong. There are still low expectations for adults. Take my 21st birthday. In addition to wishing me a happy birthday, so many people told me to be safe, not to get too drunk or too wild. My boss even put two aspirins in my birthday card for the next morning’s hangover. I chuckled, but shook my head at the unnecessary precautions.

In college as in high school, there are still low expectations. Professors are delighted at a more than minimal level of effort toward projects. Peers are confused at the movies I won’t watch. Employers and co-workers are surprised at every responsibility I take on. The 21 to 26 age group still has some societal norms to shatter.

But here’s the other thing. Alex and Brett Harris motivated teenagers to grow out of their comfort zones. Do hard things even when it’s scary. The more you challenge yourself, the easier it will get.

As a teenager, I thought of my future 21-year-old adult self as fearless. I’ll lose the teenage insecurities upon adulthood, and everything will be a breeze.

Nope. I still have a fear of speaking in public. Sometimes saying no to peer pressure (which surprisingly still exists past high school — who knew?) is difficult. A lot of times I feel way over my head and doubt my ability to pull projects off; God is still teaching me that it’s not my ability that matters in those situations.

Granted, Alex and Brett were right. The more you force yourself out of your comfort zone, the easier it gets. But that doesn’t mean still I don’t get sick to my stomach right before standing in front of an audience or have anxiety before calling someone to speak at an event.

Things don’t stop being hard after the teenage years. Low social expectations still hold us to complacency. Which just means our jobs as young adults is to continue to “do hard things” as the Holy Spirit leads us.

Leave a Comment: Do you still face low expectations as a “grownup” person? Share your experiences below. There are currently __ Comments.

just graduated from Middle Georgia State College with a bachelor's degree in psychology. She is pursuing a Master's degree in clinical psychology at Clayton State University. Through her website Clothed in Purple, she hopes to encourage young women to their full godly potential, and later hopes to open her own counseling center for adolescent girls and young women.