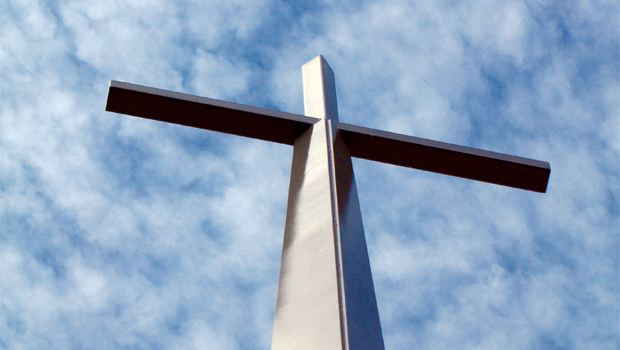 In reading the book of Leviticus — I’ve wondered what it must have been like to live in the home of a priest.

Seeing your dad praying for the people, coming home, exhausted and covered in blood as a result of the dozens of sacrifices he had made that day must have been strange.

But then I suppose that’s not too far removed from the life I’ve led.

The life of a PK is marked by unusual activities such as being at church five times a week, having Friday nights planned out in advance, regular meals and visits from church members, giving up your room for a missionary or pastor in-transit and having your dad leave after dinner to go and attend an elders/deacons meeting or visit someone in hospital.

Let’s face the facts — this is not a normal childhood.

As a PK, you only realize this toward the end of primary school, and even then you don’t know the full extent of it until way into high school and beyond.

Growing up as a young boy in a pastor’s home I saw my dad at work almost every day.

To my knowledge, this is unusual — most kids may see their dad doing his work once or twice in their lives, or never.

At home my dad was a counsellor after dinner, spending time locked behind the study doors listening to and advising various people from the Word of God.

During the day he would be preparing his sermon in his office at the church. Normally, on a Sunday he would leave the house to go and pray before I had even woken up.

Later I would sit in the pews and listen to him speaking with an authority that came from outside of himself and explaining what was written in the Bible with a seriousness and gravity that I seldom saw at home.

He was presenting The Sacrifice for people to embrace.

My life was not too dissimilar to the one I imagined from Leviticus.

My dad was, of course, more than just a priest — and that’s where the difference comes.

Many people knew my dad as the Pastor.

I knew my dad was dad, when we were having supper or he was helping me with a school project, or tucking me in at night.

He was my coach on the sports field, encouraging me and shouting instructions from the sidelines.

He was my mentor, teaching me to be a man and do manly things.

But in every activity he lived, Coram Deo — before the face of God.

Although he was a sinner, he was no hypocrite and so God and the Bible were very much a part of my life every day.

7 Negatives About Being a PK

There are negatives to being a pastor’s son, let’s call them sacrifices.

7 Positives About Being a PK

On the other hand, there are many many positives to being a PK, and in my opinion, they far outweigh the negatives. In fact, I found that as I grew up, came to know Jesus and got a new heart, I came to see many of the negatives as positives.

I have lived in a pastor’s home now for 19 years (not counting my dad’s 4 years in seminary) and as I look forward to being married at the end of this year, leaving this pastor’s home, and starting one of my own I have come to appreciate the years I spent being a PK.

There are unique sacrifices that a PK has to make but there are also so many blessings.

I am moving into a chapter of my life where people will not know me as a PK, I’ll just be Anton, but I will always treasure my childhood spent in a pastor’s home and the lessons I learned there.

Question: Have you grown up as a Pastor’s Kid? How does your story compare to Anton’s? There are currently __ Comments.

is the son of Pastor Christo Beetge from Brackenhurst Baptist Church, Gauteng, South Africa. He is 23 years old and is currently engaged to fiance Kerry Swanepoel. He is in his final year of dentistry at Wits University. He also enjoys reading, writing, music, tinkering, and the outdoors when he gets time for them.