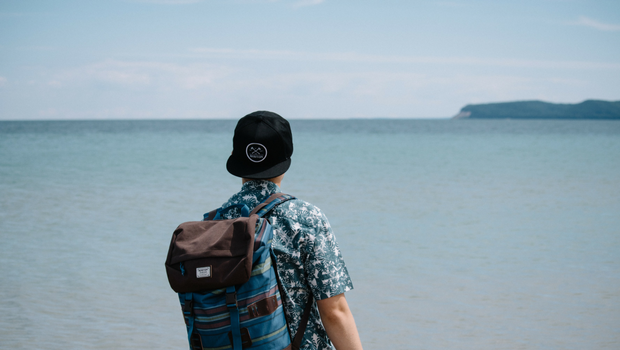 I was listening to a podcast interview with a famous YouTuber.

As he shared his personal story and childhood in a matter of fact way, both of the hosts were in shock. Even the YouTuber’s emotional detachment from his to-the-point narrative style could not hide the trauma.

“Wait, you mean your step-dad almost killed you and your mom?” the host asked at one point. The YouTuber explained how his step-dad closed the garage door, put on a gas mask, cranked the car, and left it running.

Here was someone who was not defined by his parents and their mistakes.

Maybe you come from a broken family. Maybe your parents were not nurturing and caring. Maybe they even abused you or took advantage of you. Despite the impossibility of me understanding your hurt, I want to share a story of hope with you.

The 40-year wilderness wandering had begun for the Hebrews.

And no one was more disgruntled than Korah. When he looked at the leaders – Moses and Aaron – he felt anger and jealousy at his cousins. Although he was a Levite, all he did was transport the tabernacle, assist the priest, and help with preparation for worship.

In response, Korah instigated his close friends, rallied 250 men, and rose up against Moses and Aaron. His argument seemed innocent enough, but Moses sensed the deeper tension. This was a power struggle against God-ordained leadership.

Moses and Aaron let God settle it. The result?

“And the earth opened its mouth and swallowed them up, with their households and all the people who belonged to Korah and all their goods…

A dark day for the family of Korah.

As the chapter closes, the family line of Korah ends. Or so I thought. Numbers 26:11 is a verse buried in a list of names. While Moses is taking a census of the congregation, he adds this note:

But the sons of Korah did not die.

This new information was intriguing, triggering me to begin searching for any references to Korah’s sons in the Bible. And what I found blew me away. Stay with me!  We’re going to have to dig into some ancestry archives.

“These are the men whom David put in charge of the service of song in the house of the LORD after the ark rested there. They ministered with song before the tabernacle of the tent of meeting…

These are the men who served and their sons. Of the sons of the Kohathites: Herman the singer the son of Joel, son of Samuel…” (1 Chronicles 6:31-33)

David chose 3 music leaders for the temple worship. One of the leaders was Herman, the grandson of the prophet Samuel. Samuel also happens to be the 12th great grandson of Korah.

One of the greatest judges and prophets in history is a direct descendant of Korah!

The mistakes of Korah did not define the heritage of Korah.

Was Samuel just a freak “accident”? One faithful person amidst a family legacy of unfaithfulness? The answer is no.

Remember how Herman was chosen as a music leader for the temple worship? Herman, the 14th great grandson of Korah, coauthored Psalm 88. In fact, the “sons of Korah” composed over 10 Psalms!

One of their most famous Psalms is Psalm 42:

As a deer pants for flowing streams,

So pants my soul for you, O God.

My soul thirsts for God, for the living God.

This Psalm has helped me and so many others through difficult times. And it was written by someone who would not be defined by their family’s past.

Your Past ≠ No Hope for the Future

I hope this story gives you hope. I want you to know that with God’s strength, you can do incredible things regardless of what has happened in your past. No matter how terrible, messed up, or broken it is.

Whatever mistakes your parents, grandparents, and even great-grandparents have made, it does not have to define you. They may be on a destructive path, but in God’s book, there is a side note next to your name that says:

Take heart. Your parents do not have to define you.