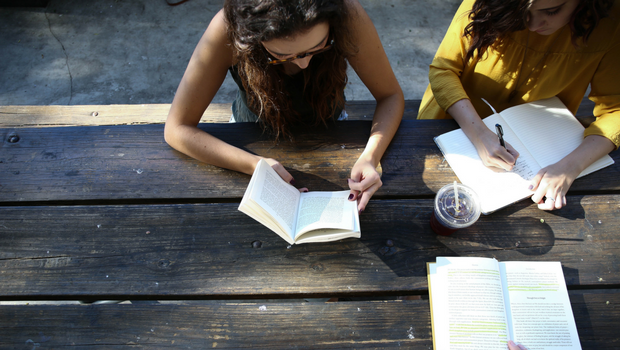 I didn’t want to wait.

I’d already been waiting for months! I’d had plenty of preparation already, I had prayed a lot about it, I had the time, and I was ready to do this hard thing.

God had placed in me a passion and desire to start a Bible study group to disciple younger girls. It was the sort of thing that I couldn’t simply forget or push to the back of my mind, even though I tried.

But then my mom told me that I needed to wait until at least January before we could look into starting it.

“Our family just isn’t ready for that yet,” she said. You see, we had recently moved multiple times unexpectedly, all in a matter of months.

While I had time to pursue the discipleship group right then, the rest of my family (and especially my parents) had too many things on their plates (that had scattered in a thousand directions during our chaotic last few months) which needed their attention.

I really didn’t want to wait, but I decided to heed her advice.

I didn’t mention the group much during that time, though I continued to pray and write down ideas so that I wouldn’t forget them when the time came. My mom had always given me wise advice, and I knew she knew what she was talking about.

After all, she’s the one from whom I’d received most of my training on how to disciple someone in the first place.

Boy, am I glad I waited! (I’m sure you figured that was coming).

In the next few months I faced several health issues that left me scrambling to try and figure out heads from tails in my life. I’m so thankful that I wasn’t trying to disciple other girls during that time. I needed to sort myself out first.

I did end up starting the group that January (with lots of advice from my mom), and my parents’ and youth pastor’s support. God has done some amazing things in it and worked out so many details I never would have thought to consider.

It’s been a blessing both to me and the girls who are part of it.

But that isn’t the first (or, I’m sure, the last) time that I’ve learned to seek wisdom and advice before launching a project — or even while in the midst of a project!

Sometimes it can be hard to accept advice.

Especially when we feel so passionate about something. We don’t want to be patient but rather want it to happen right now. It’s so easy to get excited and dive into something with all our strength and energy.

But our advisers, and those in authority over us, especially our parents, can often see better than we can (Proverbs 20:29).

They want to help us so that we don’t burn out, fail, or lose our zeal when we get tired. They can see when we still need to prepare and learn or when something just won’t fit into other things in life, like school and family.

Or maybe they simply aren’t ready, but for us to succeed, we need them, and so cannot do it on our own. Which is okay. It’s easy to get frustrated, but if we are wise, we will seek advice!

Proverbs has a lot to say about this, but one example is Proverbs 24:6 (NIV), which says,

Surely you need guidance to wage war, and victory is won through many advisers.