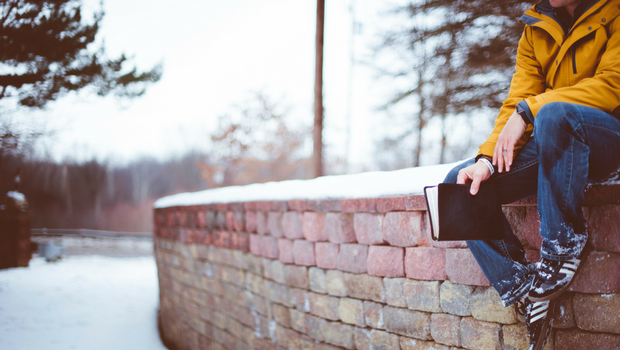 Literature is rarely my favorite subject because many of the books have seemed boring and difficult to understand. They appear to bear little importance to my modern-day life.

However, The Autobiography of Benjamin Franklin has been different. While the writing style is antiquated, the stories and the lessons from Franklin’s life are timeless.

Franklin was an outstanding printer, statesman, inventor, and signer of both the Declaration of Independence and Constitution of the United States. He possessed many characteristics that we should strive to emulate. Here are six things I learned from the life of Benjamin Franklin.

Starting as a young man, Franklin strove to grow through learning while together with his friends. For example, Ben and three of his friends started a book club. As a part of this club, they would write pieces to present to the group for constructive critique.

Franklin continued this habit throughout his life. As an adult, he embarked upon learning Italian. He would often play chess with another friend who was also attempting to understand Italian. Franklin proposed an idea. Each time they played chess, the winner would give the loser a specific language learning task to be completed before playing chess again. Ben said of this method,

“As we play’d pretty equally, we thus beat one another into that language.” (Pg. 66)

Through these productive activities, Franklin and his friends succeeded in growing sharper and sharper.

2. When you see a problem, propose a solution.

Benjamin Franklin was a problem spotter, but instead of complaining he proposed solutions.

When he noticed corruption within the police force, he suggested a new system, which was accepted a few years later. When he saw homes burning down, yet no fire brigade coming to the rescue, he created his own, which soon became one of the best in the colonies. When he noticed Pennsylvania’s vulnerability due to lack of a militia, he took matters into his own hands and formed one.

Instead of complaining and waiting for someone else to solve the problem, Benjamin Franklin focused all of his energy into producing a solution. As he said,

“I have always thought that one man of tolerable abilities may work great changes, and accomplish great affairs among mankind, if he first forms a good plan, and, cutting off all amusements or other employments that would divert his attention, makes the executing of that same plan his sole study and business.” (Pg. 64)

3. The diligent rise to the top.

Benjamin Franklin came to Philadelphia as a poor, runaway indentured servant, but through hard work and perseverance he made his mark on the city and eventually the world. Over time, Benjamin Franklin’s printing house surpassed both of his competitors even though they had been established long before him.

His secret? He was exceptionally diligent. An acquaintance of Franklin, Dr. Baird, made this comment,

“For the industry of that Franklin is superior to any thing I ever saw of that kind; I see him still at work when I go home from club, and he is at work again before his neighbors are out of bed.” (Pg. 42)

His excellent work gained him popularity and prominence.

As aforementioned, Benjamin Franklin founded the Pennsylvania militia. Though offered the role of commander, he refused because he felt unfit for the job. Even though he was the founder of the militia, Franklin would consistently pull night duty with all of the regular soldiers (Pg. 74).

A good leader is always an excellent servant, choosing to be involved with his or her followers. But even Franklin still struggled with pride. He wrote,

“In reality, there is, perhaps, no one of our natural passions so hard to subdue as pride.” (Pg. 62)

Benjamin Franklin was famous for the invention of the Franklin stove, a revolutionary way to heat homes. They were wildly popular, and the governor of Pennsylvania even offered Franklin a patent for the stove so that he would be its only vendor for the next ten years.

However, Franklin refused this offer. He said,

“That, as we enjoy great advantages from the inventions of others, we should be glad of an opportunity to serve others by any invention of ours; and this we should do freely and generously.” (Pg. 78)

Whether it’s our time, talents, or money, we too should take advantage of opportunities to be generous.

As a young man, Benjamin Franklin was laser focused on his goals, and thus, strict regarding his recreation choices. He wrote,

“Reading was the only amusement I allow’d myself. I spent no time in taverns, games, or frolicks of any kind; and my industry in my business continu’d as indefatigable as it was necessary.”(Pg. 53)

Recreation is meant to be an activity that inspires and refreshes, but much of the entertainment we have today is merely a drain. Franklin teaches us the value of productive entertainment.

We can learn much from the life of Benjamin Franklin.

While he never achieved perfection, his friendships, his problem solving, his diligence, his humility, his generosity, and his focus all teach us important lessons about how to lead a productive life.

Even though The Autobiography of Benjamin Franklin was written over two hundred years ago, the lessons it teaches are still valuable and relevant to our lives today.