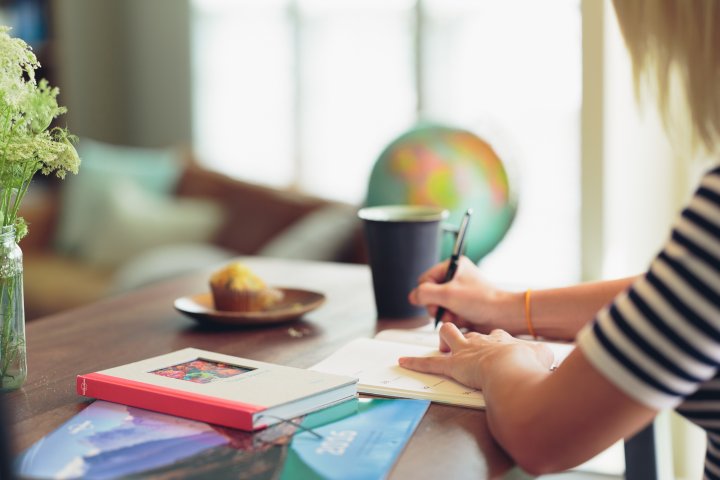 It’s something most of us have heard said so many of times. It’s a motto. It’s something we say to motivate each other. It’s a catchphrase– a saying. But if we’re not careful, that’s all it is.

The Rebelution movement first began years ago by two teenagers wanting to break the status quo and truly do something meaningful. They made a choice to break past the low expectations of our culture– and in the process, started a movement that literally changed the world.

Eventually, if we’re not intentional about them, these accomplishments turn into memories. And those memories turn into stories. Then, those stories eventually become romanticized into legends… exciting things that happened long ago, but have no real application for our lives today.

That’s not how this movement was meant to be!

The Rebelution was founded on principles, on certain ideas that helped young people like us to actually do hard things. But being so familiar with these things, we can easily let them become catchphrases to agree with and not actually principles to live by. It doesn’t have to be this way.

I believe that for many of us, we need to go back to the beginning. We need to take a second look at ourselves and if we are actually living the lives of true Rebelutionaries. So, today, I have 5 Rebelution principles that I want you to really look at.

Today, think about how actually applying these principles will change the way you’re living your life– right now. We’ll start with the first principle…

A school teacher asks his class, “How would you define Apathy?”

“Timmy,” the teacher says, cold-calling a student slouching in his chair, “What’s the definition of Apathy?”

“Eh…” Timothy Shrugs halfheartedly, slouching back in his chair.

The teacher looks at Timothy for a second, then utters one word: “Exactly.”

As comical as it is in this example, apathy is not something to laugh about.

It’s deadly to ourselves, our relationships, and our service to God. When we just take the path of least resistance and simply coast along, we become what the Bible calls a sluggard: lazy, bored, and with little impact on the world.

Sadly, this is how the vast majority of teenagers – even Christian teenagers – act in their daily lives. I challenge you, if you’ve been a part of The Rebelution for any amount of time, to restart this all too important principle and reject apathy in your life. Stop taking the path of least resistance and start doing what’s meaningful, no matter how hard it may be.

You know how teenagers are supposed to act? You know, always messing around. Roasting each other 24/7, talking about girls/guys as vulgarly as possible, not respecting authority, only doing what’s asked, impulsively wasting money, etc.?

If we are to truly rise above society’s low expectations of teenagers, we need to do more then just be “decent” people. We need to live “holy” lives-– lives that are “set apart”.

So often, Christians are known far more for what we “don’t do” then what we actually do. You know…

“Hannah didn’t go to that party. Jackson doesn’t do drugs. Hunter doesn’t make out with his girlfriend. Rachel doesn’t listen to that music.”

Don’t get me wrong… we are called to be different. We should avoid certain behaviors. But that doesn’t mean that’s all we should be doing. We should be known primarily what we are for more then what we are against. That means that yes, we should reject apathy, but only because it’s better to take the initiative and do hard things. We need to “just do something,” and not just be against everything.

I know it’s hard to faithfully do the little things that nobody seems to notice. It’s hard to work a boring, unexciting routine with seemingly nothing to gain by it. It’s hard to do hard things when doing so actually requires long term effort.

If you want God to use you in the big things – in the exciting things – then you have to start with being faithful in the little things. Make your lifestyle one of faithfulness, not selfish ambition. Doing so, changes your whole outlook on life, and is one of the most important keys to being a true Rebelutionary.

Finally, when the big opportunities arise… act boldly. 2 Timothy 1:7 tells us that “God gave us a spirit not of fear but of power and love and self-control. And 2 Timothy 4:2 tells us to be ready “in season and out of season”, to do these big hard things.

We must prepare ourselves for these very hard and very scary situations where we have the opportunity to do something big, and outside of our comfort zones. And then when the opportunity arises… we need to take it and boldly do those hard things for the glory of God.

So, here’s my challenge to you, specifically… look at your life. Pray. Ask God to show you where you need to restart your Rebelutionary life. Think about if you’re actually doing the things you recite as catchphrases from this movement.

And then once you’ve done that… do something. Start by rejecting the apathy that comes so easily. Then stand for what’s right and show others what it truly means to be a Rebelutionary. Be faithful, and through it all, be strong and courageous… take the risk and do hard things.