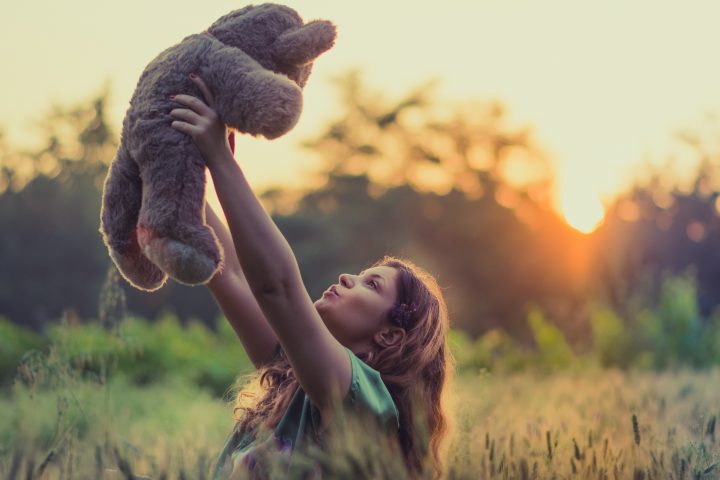 Have you ever gone through a difficult situation and asked yourself, “Why is God allowing this?”

Teens go through hard times. Sometimes the tests–hard classes, losing close friends, and the death of a loved one–can seem like too much. Often, we wonder if we can even make it through, or if there is any point to all the pain.

Why is God letting us go through this? What is going on?

Jen is a Teen; This is Her Story

When I read Miracle for Jen, by Linda Barrick, my heart was touched by her daughter–a teenager like me–who had such a close relationship with God.

Jennifer Barrick and her family survived a horrific car crash. On November 5, 2006, they were hit by a drunk driver who was driving at the speed of eighty miles per hour. Jen received a gash in her forehead so deep that you could see part of her brain sticking out.

When Jen awoke out of the coma after five weeks, she wasn’t the same. Besides her brain injury, Jen had a completely new personality.

As time passed, Jen struggled with relearning everything she had previously learned in school. Reading was especially difficult because her vision was so impaired. On her sixteenth birthday, her brother Josh wrote her a special card, making sure to write the letters big enough so Jen could read the words herself.

Quite a while later, at the book signing of Miracle for Jen, in which her mother Linda relates their inspiring story, the drunk driver’s sister showed up. Without hesitation, Jen threw her arms around her, hugging her and welcoming her as a friend.

What a perfect example of a teen doing hard things!

Before the accident, Jen was a fifteen-year-old cheerleader who had placed second in an individual nationals competition. Her life was just beginning, and it was so full of promise.

This woman’s brother had been driving after consuming four times as much alcohol as is legal for driving. He hit the Barricks’ van, injuring all of them–and Jen most severely.

How was Jen able to look past all that had happened to her and her family and embrace the sister of the man who could have killed them?

How was Jen able to look past all that had happened to her and her family and embrace the sister of the man who could have killed them? Click To Tweet

From a young age, Jen had a close relationship with God. Although outwardly shy, her journals record her innermost thoughts, feelings, and prayers. Before the crash, Jen had asked God for boldness. She wanted to share the Good News of the gospel with those around her without being shy or nervous.

In the hospital, God performed miracle after miracle for Jen. Jen couldn’t understand or answer a simple yes or no question, but she could pray in clear, complete sentences as if the accident hadn’t affected her speech at all. She thanked God for giving her the brain injury.

Needless to say, those who stayed with Jen and visited her were amazed and touched. They wrote messages to Jen in a journal, telling her how much they missed her and how her life had touched theirs.

Praying out loud, reciting verse after verse from the Bible, and singing hymns and songs, Jen had the boldness she had been praying for. She prayed in front of people without being shy. She said she could see Jesus standing right beside her, and her mother could feel the presence of the Almighty God in a way she never had before.

Praying out loud, reciting verse after verse from the Bible, and singing hymns and songs, Jen had the boldness she had been praying for. Click To Tweet

When Jen asked for boldness, she didn’t expect to receive the answer to her prayer through a tragic car accident. She didn’t think she would have to go through painful physical therapy day after day.

But God answered her prayer in an extraordinary way. He had a perfect plan for her, and he would accomplish his plan through her.

He had a perfect plan for her, and he would accomplish his plan through her. Click To Tweet

Jen didn’t lie on the hospital bed moping, wishing the accident had never happened. Instead, she recognized the accident as the way God chose to answer her humble prayer.

Often, God doesn’t do things or answer our prayers in expected ways. Why doesn’t he answer in the expected ways? So that his glory will shine through those of us who have placed our faith in Christ. It reminds us just how powerful and awesome our God is, and we remember that we can rely on his faithfulness.

And he’ll never leave yours.

Remember Jennifer Barrick’s story; remember how great our God really is. Have faith in his promises.

Your heavenly Father has a plan for your life, and I can assure you that you can trust him.