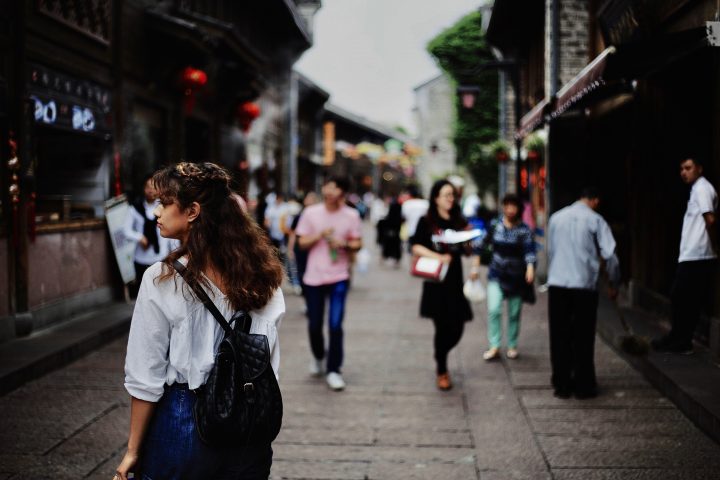 It was a week before our end year concert.

The orchestra director made a few announcements that I didn’t hear. I could only seem to listen to my heart beating, my blood rushing, my breath passing through my mouth.

Eventually, she passed around the seating chart. It felt like the violins and violas were taking as long as possible to examine the chart. Then it reached the cellos. Time seemed to stop. Anxiously, I carefully studied the final seating chart. My heart sank as I saw that my name was second…again.

That night, I sat down to practice in my room. My fingers were uncooperative, my bow disobedient. My mind refused to focus, my breathing chanting second, second, second. Not first.

I felt like screaming. Every fiber of my being wanted to be first. I had been working like never before all year, but it wasn’t enough. It seemed like it never would be.

In the book of Luke, at the Last Supper, the disciples started arguing. Competition seems to be a trait of all humans since the Fall. The Twelve were no exception.

“A dispute also arose among them, as to which of them was to be regarded as the greatest. And he [Jesus] said to them, ‘The kings of the Gentiles exercise lordship over them, and those in authority over them are called benefactors. But not so with you. Rather, let the greatest among you become as the youngest, and the leader as one who serves. For who is the greater, one who reclines at table or one who serves? Is it not the one who reclines at table? But I am among you as the one who serves.'” (Luke 22:24-27)

God calls us to be different than the world. Our culture is often focused on being the best and most talented. It sends this message to young people every day in various forms. Just think about the saying “second place is the first loser.”

Clearly, a much different scenario was playing out in my life, but the basis was the same. I wanted to be the best, the greatest. I wanted first chair as an affirmation that I was talented. I had been literally obsessing about it for the whole year.

I knew perfectly well that there is nothing wrong with healthy competition, as long as it pushes you to be your best. I kept telling myself that this competition was informal, that it was giving me a goal to work towards, that it was a friendly and healthy contest. I was lying to myself.

I developed a secret but real jealousy and animosity towards the first chair cellist. I dreamed about his face when I would finally win.

After our final concert was over, I was still struggling. I realized I had been lying to myself. This was not healthy. I realized that perhaps there was a reason I had not been able to reach my goal. Maybe, just maybe, God was trying to teach me to lose gracefully. Lying in bed one night, my mind refusing to settle down, still thinking about first chair, I made a decision.

When I lay back down, it was amazing. My mind had cleared. I no longer worried about reaching this goal.

I can honestly say, that since then, I have completely stopped obsessing. I still struggle with unhealthy competition at times. I still want to push myself to be the best musician I can be, and I would love to be first chair.

I have made a decision to give this to God. It is our responsibility and calling to use our talents and strengths to glorify him.

It is our responsibility and calling to use our talents and strengths to glorify him. Click To Tweet

I choose to make God the focus of my life. I choose to use music as a way to show his perfect love to others. I choose God.

Because that, not first chair, not foolish competition, not perfectionism, is what being a child of God is all about.

Aviana Holst is a 15-year-old Jesus follower, who also loves music, learning new things, and chocolate. She dreams of being a professional cellist, and when she's not practicing or doing homework, she can be found buried in an old book, underneath a fleece blanket, drinking hot cocoa.