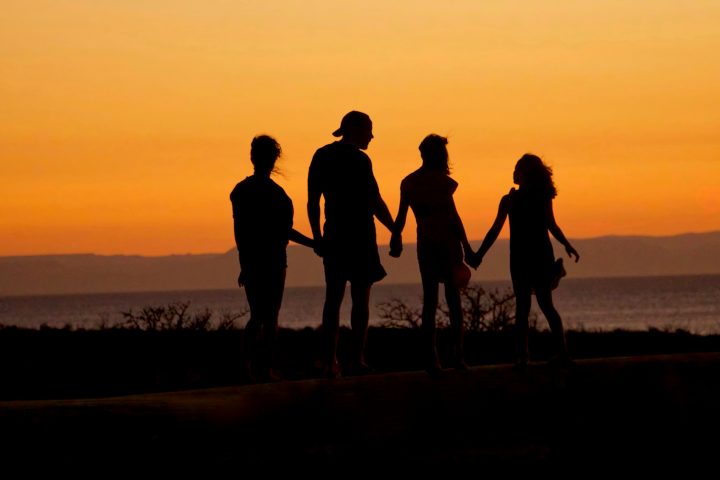 I want to make my position and background clear: I am a white, female teenager, and I live in Minnesota’s Twin Cities—Minneapolis and St. Paul.

When I was born, I unknowingly had privilege others would never have, simply because of my background and skin color.

Racism is a human construction, founded in sin.  From the biblical era, forms of racism have existed as one people group prejudiced another. The idea that a person’s race alters more than the external is false. All are created with worth and dignity in the image of God.

Our current form of racism was created during the Colonial Era in order to justify the opression against different groups of people, with “white people” being dominant. However, “whiteness” is subjective and has changed over time; for example, many immigrants from various European countries, like Italy, Poland, Hungary, and Greece, were not originally considered white in America. Overtime, these people groups assimilated to whites and eventually gained the priviledge that comes with it.

However, even though the foundation of racism is false, that does not alter the injustice people experience. Even though our society has made strides in eliminating racism, it does not mean our system is at all satisfactory or that the main source of racism—the sin inside our hearts—has been eliminated.

Even today, racism is still a problem.

On May 25th, 2020, George Floyd, a black man, was pulled over in a parking lot because he was suspected to have used counterfeit money. The police claimed he was resisting arrest and appeared intoxicated. A white police officer, Darek Chauvin, proceeded to kneel on his neck for nearly nine minutes until he was unconscious, and Floyd later died.

There are now protests around the nation, starting in Minneapolis. For the past several nights, some peaceful protests have turned into uncontrolled riots, with protesters burning buildings, looting businesses, destroying property, and injuring both police and innocent people.

This is not the first time this has happened. People of color are killed at a disproportionate rate; they are over two times more likely to be killed than white people. There are also acts of violence and racism toward people of Middle Eastern descent, Jews, Hispanics, Asian, and other ethnicities and backgrounds. There are many unjust deaths that still go unnoticed today, and decades ago, there were even more.

When you feel helpless

This time filled with court cases, social unrest, and charges of police brutality and murder is staggering. My heart hurts for the hateful acts towards people of color. It hurts for the violence going on in my city and around the nation.

I don’t pretend to understand the hurt and anger others feel. I don’t understand the grief that comes knowing someone you loved died in the hands of another.

These topics have been very heavy on my heart recently. I am overwhelmed by the complexity of police brutality, racism, crime, poverty . . . all of it. There is no one clear solution to all of these problems.

When I begin to try to sort it out, I feel simply helpless.

Questions swirl in my head:

When will the centuries of racism end?

How do we change the broken system to support all people?

What is the best way to respond to injustice and violence with God’s truth and love?

Instead of despairing and engulfing myself in news updates, here are three things I am trying to implement in my own life:

I am trying to stay up to date on these events. It’s important to know what’s happening in your community, city, and nation.

While social media can be a way to hear about recent news, I would encourage you to read multiple credible news articles to also get a better understanding of the situation.

Have discussions with family and friends to process. Talk about injustice, violence, and ways to help. Also, hear from people who have different experiences. Seek to understand and empathize with other perspectives.

The church needs to talk about this, as hard and as sad as it is. If the church isn’t looking to address it, how will God’s truth be in the conversation? Seek to speak out wisely in love. There is a lot of anger and hate going around, but God calls us to speak life and truth—even if it’s unpopular.

After wisely discussing it, move on to action. Our love must extend from words to acts. This will look differently for each individual, but we’re called to step from the sidelines and act with love on behalf of the hurting.

I put this one last, but I believe it’s the most important.

2 Chronicles 20 recounts King Jehoshaphat’s response to “a great multitude” of invading armies in Jerusalem. They were outnumbered, and Jehoshaphat was afraid. He called his people to fast and come to seek the Lord for help.

He finished his prayer with this powerful plea, “… For we are powerless against this great horde that is coming against us. We do not know what to do, but our eyes are on you.” (2 Chronicles 20:12)

In the face of uncertainty, King Jehoshaphat sought the Lord first.

We do not know what to do. No politician, no protests, no political change, no riots can solve this problem embedded in human hearts. That doesn’t excuse action, we need to be acting on our faith, but I believe we need to look to God first.

Throughout COVID-19 and these recent events, God has been teaching me a lot about prayer: it’s important, it’s necessary, and it’s powerful.

It can be easy to belittle prayer.

I saw someone post on Instagram that they don’t want prayers. They want change and action, and the people who are praying are part of the problem.

Something about that really struck me. I do believe we need prayer in this situation.

Scripture again and again talks about the importance of prayer: we are instructed to bring our worries to God (Philippians 4:6), prayer is powerful and effective (James 5:16), and God responds to the prayers of his people (Psalm 34:4-6).

Let’s lift our eyes on the Lord.

Let’s pray for wisdom in how to act.

Let’s pray for justice and peace to prevail.

Let’s pray for God’s will to be done.

I would love to start a conversation:

-What are other ideas you have to address racism, police brutality, riots or other aspects of this issue?
-These three points are just the beginning. How can we move on to action from here?
-Are there any resources you have found helpful to stay informed or learn about race?
-What are other things we should be praying for concerning injustice?

is a native Minnesotan, biology enthusiast, and Truth-seeker. She is passionate about identifying the world’s lies and learning the Truth in Jesus. Her favorite place is anywhere outside, and she can also be found running, painting, or playing music.