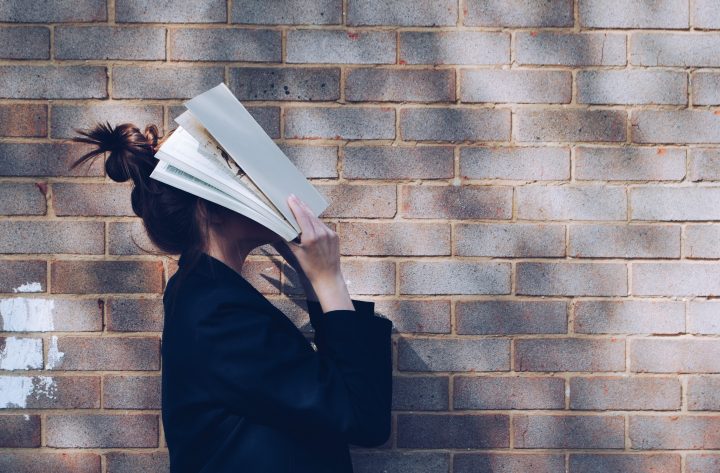 We live in an anti-intellectual age.

To grasp this, all we have to do is observe the surrounding culture. Seemingly everywhere we look, our feelings are valued over reality and our emotional experiences over reason.

This spirit of anti-intellectualism has not only invaded the culture but the church as well. In worship, sermons, and even evangelism, one’s subjective experience is often prioritized over God’s revealed truth. For example, in Todd White’s video “Sharing Jesus When Someone Wants to Debate,” White intends to share his faith with a Muslim.

When asked by the Muslim if Jesus is God, however, White hesitates to offer him a clear answer. Instead, White refers the Muslim to his personal testimony, which did not touch on the Muslim’s question at all. Though perhaps White’s testimony might be effective in another context, the Muslim did not respond well to it. He was searching for a reasonable answer, not an emotional experience. Throughout their conversation, the Muslim kept prodding White with questions about the Christian faith, most of which White did not seem readily prepared to answer. Recapping the challenges of their conversation, White says, “All I could do is share my heart and pray God makes it real.” [i]

Ultimately, to reach this Muslim with the Gospel, White’s well-intentioned strategy to share his heart did not suffice. White needed to “give a reason for the hope that is in him”, as Peter advises Christians to do in 1 Peter 3:15. While White expressed an emotional love of God, he lacked an intellectual love of God, which sadly prevented him from pointing the Muslim to gospel truth.

Such is a large portion of the American church today. As Levi alluded to in part one, many Christians love God with their hearts but hesitate to love God just as passionately with their minds.

Honestly, I was the same way—that is, until I began studying theology and apologetics. Through that journey, I’ve learned that loving God with my mind is an incredibly worthwhile endeavor. And I don’t want you to miss out on it. Here are four reasons why:

1. Loving God with your mind is an act of worship.

R.C. Sproul states, “…the more we love God with our minds, the more we will be driven to do the thing that is alien to us in our fallen condition, and that is to worship him.” [ii]

Pen in hand and notebook in front of me, I experienced an abundance of joy and fulfillment when I first began studying apologetics. Many times, when I thought deeply about theology or apologetics, wrote about it, or listened to someone present a talk on it, I thought at the end, “That was like a worship service.” I never understood why until an apologist at a conference I recently attended described a similar story. She matched it with loving God with her mind, noting how it is actually an act of worship. That explained why God gave me so much joy while studying apologetics. As David penned in Psalm 16:11, “In [his] presence there is fullness of joy; at [his] right hand are pleasures forevermore.”

So, the popular idea that intellectual engagement with Christianity is dry and lifeless loses ground here. Instead, as an example of loving God with our minds, it can be an exhilarating, fulfilling, Christ-magnifying act of worship.

2. Loving God with your mind is consistent with historical Christianity.

One claim that often resurfaces in discussions about intellectual Christianity is that reason and faith cannot coexist. However, church history affirms that faith without reason is not biblical faith.

In The Spirit of Early Christian Thought, Robert Louis writes, “Christianity is unapologetically intellectual.” [iii] Louis is right. Even Jesus reasoned with people, not to argue pointlessly but to enlighten others to the truth. Dr. Juan Valdes notes that “Jesus was a master logician. He used a wide variety of arguments and did so with extraordinary skill.” [iv] Paul, too, is mentioned “reasoning in the synagogue every Sabbath and trying to persuade Jews and Greeks” (Acts 18:4).

Or take Justin the Martyr. Born in Palestine at the beginning of the 2nd century, Justin practiced philosophy before becoming a Christian and continued to do so after his conversion. Louis writes that Justin “used his pen to defend his new faith to other philosophers in the city.” [v]

Christianity is backed by a rich intellectual history. Louis mentions, “Like their critics, Christian thinkers have welcomed debate, appealed to evidence and experiences, used reason to weigh, judge, interpret, and explain what was held to be true.” [vi]

Either when we give our lives to Christ or in our daily Christian walk, biblical faith is not blind. It rests upon our knowledge of God—that he has spoken, has died on the cross and rose again, and is therefore worthy of our trust. Even beyond the day God saves us by grace through faith, our faith should continue to seek understanding. Just like the Christians throughout early church history, we should love God with our minds, always growing “in the grace and knowledge of the Lord Jesus Christ” (2 Peter 3:18).

But you could be part of the solution. By loving God with your mind today, you could take one step toward restoring biblical, historical Christianity in your life. And gradually, within the life of the church at large. Click To Tweet

3. Loving God with your mind reflects how you are made in God’s image.

You were created to know God—not only emotionally but intellectually as well. Origen (a great Christian thinker from the 3rd century) writes, “For as by the eye by nature seeks light and sight and our body instinctively craves food and drink, so our mind nurtures a desire, which is natural and proper, to know the truth of God and to learn the causes of things.”

God has a mind and intentionally designed you with one too. Your ability to reason, learn, and attain knowledge bears a stamp of his image. Even an unbeliever’s ability to reason points to the Creator, declaring that they too are his image-bearer.

Sadly, most people in the 21st century have been conditioned by the media and entertainment industry to consume information without thinking critically about it. But that comes at the great cost of rejecting one of the ways God lovingly designed us to reflect him. I don’t know about you, but I don’t want to reject something so good and God-given such as my ability to reason.

4. Loving God with your mind reflects how your mind is renewed in Christ.

While God created our minds to know and love him, we aren’t naturally inclined to do so. As sinners by nature, our minds are darkened by the fall. That is why “the natural person does not accept the things of the Spirit of God, for they are folly to him, and he is not able to understand them because he is spiritually discerned” (1 Corinthians 1:14). But as new creations in Christ, we have the mind of Christ (1 Corinthians 1:16).

As a Christian, loving God with your mind not only reflects how you are made in his image. It also reflects the beauty of the Gospel—that you were once dead in your sin, but now you are alive in Christ (Romans 6). Click To Tweet God has renewed your mind so that you can you passionately pursue him with it.

Beware the pitfalls of focusing on the intellect too much.

Let’s be clear: loving God with your mind does not imply hyper-intellectualism, where all emotion is suffocated by reason. In Knowing God, J.I. Packer writes, “…we must not lose sight of the fact that knowing God is an emotional relationship, as well as an intellectual and volitional one, and could not indeed be a deep relation between persons were it not so.” [viii] The reality is, God created you to be an emotional and rational being. Loving God with both your heart (emotion) and mind (reason) is a direct response to how you were made to worship him.

Hyper-intellectualism also often results in pride, dismissing the fact that we as Christians – even competent Bible scholars, theologians, and apologists – are not all-knowing. God alone is all-knowing and infinitely wise. Even as students of theology, we barely scratch the surface of his vast knowledge and wisdom. As Romans 11:33-34 says, “Oh, the depth of the riches and wisdom and knowledge of God! How unsearchable are his judgments and how inscrutable his ways! For who has known the mind of the Lord, or who has been his counselor?” The more we study, the more we realize just how much we don’t know.

So as we engage intellectually with the Christian faith, the disposition of our hearts should always be humility. If it isn’t, pride is bound to blind our eyes, causing us to lose sight of the ultimate prize: knowing God better—not just knowing about him as Levi discussed in part 1, but having a close relationship with him.

Ultimately, the goal of using our intellect as Christians is not being know-it-all intellectuals but becoming faithful followers of Christ who “count everything as loss because of the surpassing worth of knowing Christ Jesus [our] Lord” (Philippians 3:8).

A better way: loving God with your heart and mind

Consider the church you’ve grown up in or recently attended. Perhaps it emphasized emotion or emphasized intellect but never fused the two together.

Is there a better way?

By God’s grace, yes. As we’ve already noted, church history reveals that there is a better way.

Paul is an excellent example. From a persecutor of Christians to a dynamic leader of the early church, the Holy Spirit enabled him to live a life radically transformed by the Gospel. Yet, he also reminded Christians to “destroy arguments and every lofty opinion raised against the knowledge of God and take every thought captive to obey Christ” (1 Corinthians 10:5). While he was inflamed with holy passion, he also reasoned with nonbelievers about the Christian faith. He helped Christians better understand who God is and why the resurrection is reliable (1 Corinthians 15). In short, he loved God with both his heart and his mind.

What if the key to constructive change in the modern-day church is not found in new programs or strategies? But rather, by gleaning the love for Christ that drove the intellectual efforts of the early Christians?

Other resources not cited, but helpful for further study:

To Everyone An Answer Podcast, “Loving God With All Your Mind/J.P. Moreland.”

Chapter 10 in Part 3: Have We Lost Our Minds of Total Truth by Nancy Pearcey

Note: This article is a follow-up to Levi Dade’s article from earlier this month. Be sure to check it out!