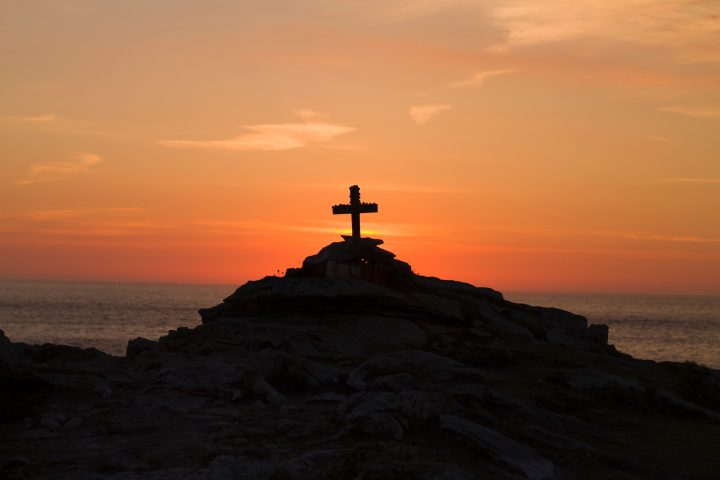 It’s a word that those of us in the Western world don’t know a lot about. Maybe we’ve heard it, read about it in the Bible, or heard stories of Christians in other countries experiencing it. But most of us have never been through it.

That was my story. I’ve heard testimonies of Christians in Asia and the Middle East getting beaten, arrested, or killed for their faith, but it always felt far away.

Until I moved to East Africa.

Earlier this year, I moved to East Africa, to a country God has put on my heart since I was eleven years old. I work with an international missions organization, and several people I live and work with, people who are very precious to me, have gone through persecution.

Their stories of faith, passion for the Gospel, and forgiveness inspired and strengthened my faith. Little did I know that their stories would be what would help me through my own story and experience of persecution.

I had been living in East Africa for a couple of months, and I was five weeks into a twelve week outreach we were doing in the southern part of the country. One of my teammates, a local church leader, and I went to visit a family who lived in the area one Sunday afternoon. While we were visiting and talking with them, we were able to share the Gospel with them, and they received it with so much joy. That day, both of the parents committed to following Jesus.

We went back to visit the family a few days later, to pray for and encourage them. We had been at their house for fifteen minutes, eating their cultural food and drinking coffee, when a young man barged into the house. I remember him looking right at me, and he punched me on the side of the neck. He also hit the two people I was with, one in the arm, and the other on his head. The guy was taken outside, but he kept trying to fight and get back inside the house, where the three of us were. We had to hold the door closed because he kept throwing himself up against it, trying to get back in.

We were inside the house for about two hours. The leaders of the local church came, and they were able to get the crowd calmed down enough to get us out of the house and to walk us home.

We found out later that the man who hit us and a couple of his friends found out that we were the ones who shared the Gospel, and they were not happy about it. So when they saw us come back to the family’s house, they decided to do something about it.

Christianity Isn’t Meant to Be Comfortable

So why am I sharing my story?

It’s not to make you feel guilty, nor am I trying to get your pity.

It is because I want God to use my story to encourage people like you, and to strengthen people’s faith, just like many people’s stories of persecution encouraged me.

I have friends who have been beaten, arrested, and who almost died because of the Gospel. They have stories of how God helped them forgive the people who beat them, how, through the Holy Spirit’s power, were able to pray for mercy and blessing over the town they were persecuted in, and how God delivered and fought for them.

It’s stories like these that helped me through getting hit and the days and weeks following.

I also want to encourage and remind the Church of something that I also need to be reminded of:

In fact, it is the complete opposite. In the Western world especially, I have noticed it is easy for us to make Christianity, even Jesus, about ourselves. We want our pastors to teach on the subjects we like and we get angry when they say something that offends or makes us uncomfortable. We want worship to be songs we like. We want Jesus to make our dreams and aspirations come true.

We make Jesus about us, about what we want or don’t want. When in reality, following Jesus is about Him. It’s about living our lives completely surrendered to Him and living to make His name known. It’s about loving and serving others. It’s about sharing the best news in the whole world.

And sometimes, we are going to have to suffer for it. Actually, both Jesus and Paul tell us to expect it.

In the words of C.S. Lewis, “If you want a religion to make you feel really comfortable, I certainly don’t recommend Christianity.”

Jesus is Worth It

A few days after I got punched, my friend taught on 1 Peter 1 at church. I read through the first few verses and I remember very clearly how verses 6 and 7 caught my attention: “So be truly glad. There is wonderful joy ahead, even though you must endure many trials for a little while. These trials will show that your faith is genuine. It is being tested as fire tests and purifies gold—though your faith is far more precious than mere gold. So when your faith remains strong through many trials, it will bring you much praise and glory and honor on the day when Jesus Christ is revealed to the whole world.”

Peter is saying that the trials we go through- persecution included- will test and show that our faith is real, just as fire “tests and purifies gold.” And you know what? Our faith is more precious and more valuable than gold.

Which means going through trials and persecution is worth it because it makes our faith, the most valuable thing, stronger.

The days, and even weeks, after getting punched were not easy. I would wake up seeing the guy hitting me in the throat over and over again in my mind, it took a while before I could go to other people’s houses and I often felt safer going places at night. I have had to work through fear and triggers, and you know what?

It was worth it.

Jesus is worth it. Because there are now two people who are now following Jesus and who will get to be in heaven for eternity.

It was worth getting punched because now, there is a young man who I, and my whole team, are praying for, that he would experience the love of Jesus himself.

And it will be worth it if just one person is encouraged because of my story.

Even in the midst of having to work through anxiety, I have seen God move and work in my life in ways I never have before. He gave me the grace and the ability to forgive the guy who punched me, I am even able to pray for his salvation.

He has worked through and in local and church leaders, and they apologized for the way we were treated. Getting to see God move the way He has, has also made it worth it.

Just a few minutes after the guy hit us, the father of the family, who had just become a Christian the week before, high-fived my teammate and I and said, “My house is getting destroyed because I am now a follower of Jesus. It is an honor that this is happening.”

I could not put it better myself.

I want to make one thing clear: I am not sharing my story to bring attention or praise to myself, or to make me look like a hero.

There have been times where I have let fear win, or times that I have been mad at God because He didn’t stop it from happening. There are also so many people who have suffered way more than I did. But I am learning that there is so much grace, and that my story isn’t about me in the first place. I’m just a broken vessel that God wants to use, and so it is my job to let Him.

If you are a young person, a follower of Jesus and you live in the Western world, the purpose of this article is not to guilt-trip you, or to make you feel like a terrible Christian if you’ve never been through physical persecution. My prayer is that this encourages and challenges you.

You might be thinking what are you supposed to do now, and I have two things I want to encourage you to do:

For those of you who may have experienced persecution, I want you to know that I am cheering you on. That I am proud of you. But even more so, Your Heavenly Father is proud of you. Keep on chasing after Jesus, keep on being boldly unashamed of the Gospel.