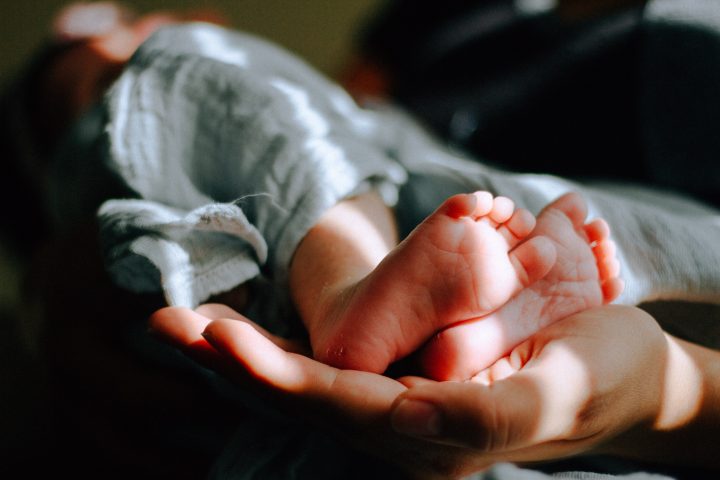 But what Claire could never have expected was the impact that meeting would have on the rest of her life. “At once, I saw that just about everything I had assumed about my birth was not what had happened at all,” writes Claire in her memoir Survivor: An Abortion Survivor’s Story of Choosing Forgiveness and Finding Redemption.

Raised in a loving, Christian home after her closed adoption, Claire was not interested in meeting her birth mother. She was happy in her adopted family, and grew up knowing she was wanted, chosen, and loved. In Survivor, Claire describes how as a child she thought adoption was the preferred way of building a family.

But, after her sister Rachel began developing a relationship with her birth mother, Claire set out to meet her own. Upon meeting her birth mother, she discovered her story was dramatically different than she imagined.

Tonya, Claire’s birth mother, had not chosen life for Claire. Instead, after an unplanned pregnancy at age 13, Tonya’s mother had pressured her into having an abortion. While the abortion killed her twin sibling, Claire miraculously survived.

Instead of harboring anger at her birth mother for attempting to abort her and successfully aborting her sibling, Claire chose to respond with gratitude and forgiveness. She recognized her birth mother had been a child herself who because of fear and lack of support made a horrible mistake.

Although the journey to reach this point was difficult, Claire writes that “Tonya did give me an amazing life by placing me for adoption. She’d given me what she wanted herself … a loving, supporting, and accepting family. I could look at her with gratitude instead of judgment.”

Today, Claire shares her amazing story at pro-life events across the country. It’s a story of God’s mercy and love, and of forgiveness, on more than one level.

You may have heard of Abby Johnson, the former Planned Parenthood director whose story of conversion to the pro-life cause is told in the book and movie Unplanned. Shortly after Abby quit her job at Planned Parenthood, Claire walked into the pregnancy center where Abby worked and asked to share her story. Against all odds, the two became fast friends. Their relationship doesn’t make much sense – “People like me are the reason [Claire] is without her twin sibling,” writes Abby in the foreword to Claire’s book. “But God. … God makes it so a former abortion clinic director and an abortion survivor can be best friends. Only God can do that.”

Claire’s story speaks to our lives as Christians on multiple levels. Her ability to forgive should inspire us to do the same for those who hurt us. Even more so, Claire’s story of adoption is a beautiful analogy of our adoption as sons and daughters of our Heavenly Father.

Claire’s story speaks to our lives. Her forgiveness should inspire us to forgive those who hurt us, and her story of adoption is a beautiful analogy of our adoption as sons and daughters of our Heavenly Father. Click To Tweet

Ephesians 1:4-5 says, “[God] chose us in [Christ] before the foundation of the world, that we should be holy and blameless before Him. In love He predestined us for adoption to Himself as sons through Jesus Christ, according to the purpose of His will.”

Three things stand out to me about this passage.

1. God chose to adopt us before the foundation of the world. Before He spoke the stars into existence, before He even separated the waters from the expanse of the heavens, God chose each of us by name.

2. Our adoption as children of God is part of the purpose of His will. God didn’t just decide one day that He liked the idea of having a bigger family. We aren’t just a side note – instead, each one of God’s children is a playing piece in His master plan for the salvation and renewal of the earth. If you are a Christian, you have been chosen by God as a part of His ultimate plan!

3. As sons and daughters of the King, we get to enjoy the benefits of being in God’s family. Like Claire enjoyed the love, attention, and joy that came with being a part of her adopted family, we as Christians are labeled holy and blameless – characteristics once only attainable by God’s son Jesus Christ but are now available to us through faith in Him.

Because of our adoption into the family of God, we are no longer lost, broken, and in need of a savior. Instead, we are wanted, chosen, and loved more than we could ever imagine! Praise God for that today, friends!

You can find out more about Claire’s amazing story in her book Survivor: An Abortion Survivor’s Story of Choosing Forgiveness and Finding Redemption, as well as on her website, Claire Culwell – Home

Abby Johnson’s story has been recorded in the book and movie Unplanned Movie on DVD, Blu-ray, + Streaming (unplannedfilm.com) and on her website Abby Johnson – Be not afraid to be countercultural . You can also find a Rebelution contributor’s take on Abby’s story here Unplanned: One Woman’s Journey From Pro-Choice to Pro-Life – The Rebelution.

is a freshman at the University of Georgia studying English and Media Studies. When she’s not writing for her blog Anna Kay,Anna Kay. Anna enjoys reading memoirs and historical fiction, traveling, worship nights, and spending time with friends at Athens coffee shops. Anna hopes to someday work in the Christian media industry, hopefully writing/producing movies and social media. You can find Anna online on her blog or on Instagram, at @annakaywrites.