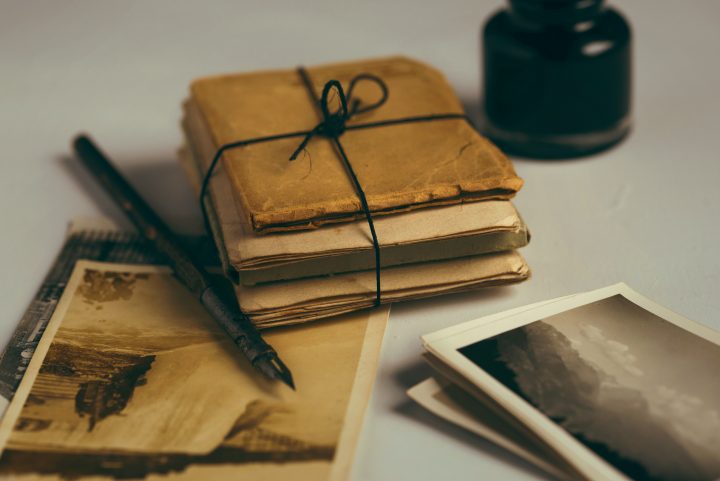 Every now and then I am overwhelmed with the feeling of dissatisfaction. I’m sure you’ve felt it too. That overwhelming feeling that nothing fulfills. Where nothing brings you joy, nothing soaks you with purpose.

You realize that you aren’t kept awake and wide eyed on Christmas Eve anymore. Maybe you don’t get as excited about the first snow. Maybe it goes deeper than that slow loss of childlike wonder. Maybe giving to those in need does nothing inside you. Maybe you feel like no matter how much you help others you still feel useless. Maybe you just want that “perfect” job or relationship, but they just don’t satisfy.

This is frustrating and disheartening. It causes life to feel mundane and purposeless. You want to fix it, you know something must change, but you don’t know how or what.

Jason Gray’s song, Good to Be Alive, starts like this: “Hold on, is this really the life I’m living? ‘Cause I don’t feel like I deserve it. Every day that I wake, every breath that I take you’ve given. So right here, right now, while the sun is shining down: I wanna live like there’s no tomorrow, love like I’m on borrowed time. It’s good to be alive.”

Where is this feeling? We wonder. And how do we get it?

Recently, I read CS Lewis’s book, The Screwtape Letters, and I must say it is a work of genius.

There is a particular line from the book that summarizes one of the core truths Lewis seeks to relay to us: “Everything has to be twisted before it is any use to us.”

As Lewis is writing, he is doing so from the perspective of the demon, Screwtape. We are meant to imagine these words were written in a dark room, a line in a letter never meant for human eyes or ears. Yet somehow, they found their way into the hands of a man, who was far too aware of what he now knew to keep it to himself.

This statement – “Everything has to be twisted before it is any use to us,”- is one of truth and yet one of mystery. What did the demon, and ultimately Lewis, mean by this statement? And how does it solve the issue of our dissatisfaction?

The key to unlocking this tangled web is in the word twisted.

Lewis said that Screwtape requires all things to be twisted. What does the word twist mean? “To alter the meaning of,” and “to cause to take a moral, mental, or emotional deformity.”

To twist something is to falsify, pervert, warp, confuse it, and censor it. Yes, “Everything has to be censored before it is any use to us.”

Why must Screwtape have things twisted or censored? Well, what was the original state of all creation? Everything was Good (Genesis 1). If something is good it is “free from injury or disease,” it is straight, true, clean, and uncorrupted.

Screwtape was a demon, so his every action is the will of Satan. Satan is opposed to all things good, and his goal is to turn the creation away from the Creator. He twists what’s straight and censors what’s true.

Satan is opposed to all things good, and his goal is to turn the creation away from the Creator. He twists what’s straight and censors what’s true. Click To Tweet

How is this done? What does it look like?

Screwtape himself tells us how. These situations shed some light on what it looks like when one such as Screwtape twists something to make use of it:

Love can be twisted into Lust. Love and marriage are good, but society presses upon us to regard as the basis for marriage a distorted version of what God promises as its result. The idea of marrying with any motive other than “true love” seems low and cynical to people today. Any sexual infatuation is regarded as “love”, and it protects many from being looked down upon for marrying a fool, a user, or a non-Christian.

Love is diluted to mere sexual attraction. Marriage is censored so that this kind of love is the only valid reason for marriage. It’s no longer good, so it no longer satisfies.

In another letter, the illustrious Screwtape explains to his nephew that Pleasures can be twisted into Temptations:

“But you were trying to damn your patient by the World,” he said, “that is by palming off vanity, bustle, irony, and expensive tedium as pleasures. How can you have failed to see that a real pleasure was the last thing you ought to have let him meet? Didn’t you foresee that it would just kill by contrast all the trumpery which you have been so laboriously teaching him to value?”

This is like the young man who seeks adventure and fulfillment in video games instead of stepping outside, breaking a sweat, and getting his hands dirty.

It is like the girl who is lonely and seeks community in social media instead of grabbing coffee with a friend or knocking on someone’s door.

They try to fill their longing with pale substitutes instead of the real thing. As a result, they’re not satisfied.

Genesis 1:31a says this, “And God saw everything that He had made, and behold, it was very good.” When God created the world, it was good, “without injury or disease.”

But then we come to Genesis 3, and we see that everything goes bad.

The passage begins with Satan questioning Eve on God’s instructions, making her second guess Him. After a short banter he finally says this: “You will not surely die. For God knows that when you eat of it your eyes will be opened, and you will be like God, knowing good and evil.” So, when the woman saw that the tree was good for food, and that it was a delight to the eyes, and that the tree was to be desired to make one wise, she took of its fruit and ate…” (Gen. 3:4-6)

This passage shows us that one of the main tactics of Satan and his demons is what we have been exploring this whole time – to not simply lie, but to manipulate or twist the truth.

In Genesis 2, God tells Adam that if he eats the fruit of the tree of the knowledge of good and evil, he will die. What God meant was a spiritual death brought by their own hand, but Satan twists it into a physical death, God killing them as a punishment for disobeying. He plays off Eve’s knowledge of her God being loving, and he twists the truth just enough to cause her to think, “God wouldn’t kill me.” He also bates her with a desire, a desire to be like God… this is idolatry.

When Eve gave in, she gave Satan the power to twist everything, and she was no longer satisfied because she had separated what was good from what made it good.

It’s often easy to battle outrageous temptations, ones that are obviously evil. What’s hard to resist, and what is presented to Eve, isn’t a blatant lie but a watered-down truth. Click To Tweet

It’s often easy to battle outrageous temptations, ones that are obviously evil. What’s hard to resist, and what is presented to Eve, isn’t a blatant lie but a watered-down truth. What’s even worse is that what Satan tempts her with is something she already has.

If you’ve read Genesis 1 and 2, you know man was made in the image of God. Eve was already like God. And this is what Satan does to us today.

God promises to give us good things, but the serpent comes and says, “I will give you these things and leave God out of it.” It’s often not until we have made the trade that we realize it was God Himself that made these things good; without Him they are merely twisted substitutes.

Screwtape says of God: “He has filled His world full of pleasures. There are things for humans to do all day long without Him minding in the least – sleeping, washing, eating, drinking, making love, playing, praying, working. Everything has to be twisted before it is any use to us.”

When we try to have the blessings without the Blesser, they become twisted curses with a pretty cover. Even the greatest pleasure loses its enjoyment when twisted and used outside its design and without its Designer. Click To Tweet

Good things are still good, but when we try to have the blessings without God, without the Blesser, they become twisted curses with a pretty cover, the curse of sin. Even the greatest pleasure loses its enjoyment when twisted and used outside its design and without its Designer.

What are you leaving God out of?

Jason Gray’s song closes with these words: “I won’t take it for granted, I won’t waste another second. All I want is to give you a life well lived, to say thank you.”

When you seek the Blesser in the blessings you won’t be left unsatisfied, and you will be able to live like there is no tomorrow.